Miroslav Lajčák, President of the UN General Assembly, in an address to the mid-term ministerial conference of the Non-Aligned Movement (NAM)

I also want to start by acknowledging the commitment of Venezuela, as Chair of the Non-Aligned Movement. I also thank Azerbaijan for welcoming us all to Baku, as the host of this conference. 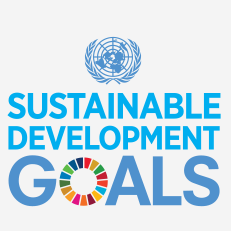 Our theme today: promoting international peace and security for sustainable development. It is not a question of whether there is a link between peace and development. Because, this link is already, widely, accepted.

It is even evident in the United Nations’ Charter. The drafters of this Charter not only envisaged a world free from war – but also one in which social and economic progress improved the lives of all people.

Later, in 2015, this link became one of the core components of the 2030 Agenda for Sustainable Development. And, it has been an element of almost all international resolutions on both peace and development since then.

The question, however, remains: how can we better use it, to tackle today’s challenges? And, in answering this, I want to focus on three areas in particular.

It is simple. We cannot achieve any of the 17 SDGs if bombs are falling from the sky. People cannot achieve social or economic progress, if they are fleeing their homes in terror. And, development cannot take root on battlegrounds.

We have seen this, in practice. Too often, development gains have been destroyed by the outbreak or recurrence of conflict. Which is why a stronger focus on conflict prevention is key to our global efforts for Sustainable Development.

On the other hand, development, itself, can be a valuable prevention tool. Because, at the heart of every SDG lies a chance to eradicate a root cause of conflict. So, Sustainable Development can both help and benefit from an increased focus on conflict prevention.

On 24 and 25 of April, I will convene a High-Level Meeting on Peacebuilding and Sustaining Peace. It aims to increase momentum towards a UN better equipped to prevent conflict.

The perspectives of the Non-Aligned Movement will be crucial. Many of you have extensive experience in mediation and the peaceful resolution of disputes. Your perspectives, as champions of development, will also help us to shed new light on the SDGs as tools for conflict prevention. Many of you have already confirmed your participation. And I look forward to welcoming even more of you to New York in April.

The second area I want to focus on, this morning, is coherence. We have, indeed, accepted the link between peace and development. We are taking some positive steps towards a more coherent approach.

One example can be seen through the expanding partnerships between the UN’s Peacebuilding Commission and development actors, such as the World Bank or UN Country Teams. And, I hope that my own presidency will also contribute to greater coherence in the work of the UN.

In March, I convened a high-level event to launch the Decade of Action: Water for Sustainable Development. We learnt many valuable lessons about the relationship between water and peace – and how it affects people on the ground. In fact, many such lessons came from delegations represented in this room today.

On 30 May, I will be convening a Youth Dialogue. It aims to address the role of young people in driving SDG implementation – including in the areas of employment and education.

In particular, it will explore the role for young people in preventing violent extremism. Given that the Non-Aligned Movement is home to most of the world’s young people, I count on your engagement.

And, my SDG financing event, planned for 11 June, will address the link between peace and development. We intend to hear from investors working in post-conflict areas. And, I hope this discussion will help us to lessen the gap between the funding spent on responding to conflicts, versus that which is available to address its root causes.

My third and final point is that the relationship between peace and development has an impact outside of these two areas.

Migration is a good example. Because, it can be affected by – and contribute to – both peace and development. As you know, we are currently negotiating a Global Compact on safe, orderly and regular migration.

Countries of the Non-Aligned Movement have extensive experience with migration. That is why we need your voices to continue to be heard.

Ongoing activities for UN reform are also relevant to the link between peace and development because the overarching aim of all reforms is a UN which is fit for purpose.

And this necessarily means a UN which can address the interconnected challenges in the areas of both peace and development. I hope we continue to see the active engagement of the Non-Aligned Movement in efforts to strengthen the UN system.

And, finally, we do need to build bridges between the two pillars of peace and security, and development. But, these bridges will be unbalanced, unless they extend to the third pillar of human rights and human dignity.

Before I conclude, I want to point something out. We cannot address the link between peace and sustainable development without acknowledging that we are facing major challenges, in both areas.

As we speak, institutions are crumbling to conflict. As we speak, people’s prayers and calls for peace remain unanswered. As we speak, climate change is waging an invisible war, across new battlegrounds. And, as we speak, the gap between the rich and the poor gets even wider.

Some areas in the world feel these challenges more than others. But no country, land, or group is immune. So, we need to recommit to working together. To cooperation. To multilateralism. And, to the United Nations.

I am standing today, in front of one of the most influential groups in the world. And, outside these walls, the demand for multilateralism is growing. But so too are attacks on the UN’s role and legitimacy.

So, I make an appeal to you all today: Let us stand together, in defence of our multilateral system.

We need it now more than ever. For peace. For sustainable development. And, for all of our futures.