The Role of Voting in Reviving Democratic Practice 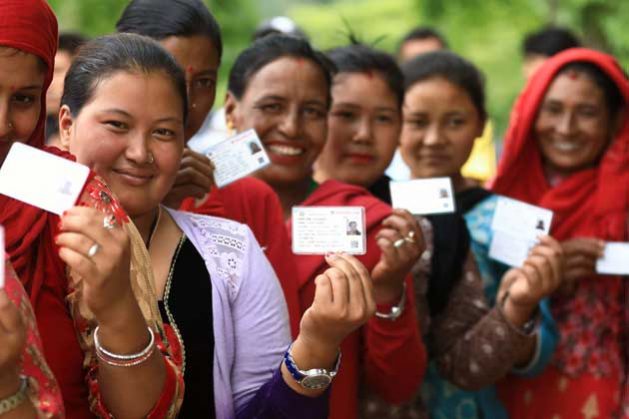 UNITED NATIONS, May 7 2018 (IPS) - Since the beginning of the year the world has witnessed 24 national elections in which nearly 100 million people cast their votes. All together in 2018, there will be a total of 68 planned electoral processes in 45 countries ranging from presidential and legislative to local elections. Elections remain one of the key democratic processes through which people express their opinion on the way their country and communities are managed.

But do elections today really represent “the voice” of the people?

From the end of the Cold War until about 2006 the levels of freedom and democracy increased around the world. Since then indices on the quality of democracy have declined year after year. Today, both crisis affected countries and established democracies witness a decline in trust in their democratic institutions and in elected officials in particular; the lack of confidence is especially low among younger generations.

Both established democracies and autocratic regimes suffer from dangerous syndromes of negligence, confidence and disengagement: people assume the system is anchored and that the electoral process will not bring much change to their lives, whether they vote or not.

The electoral ballot, long considered the symbol of liberal democracy, has lost its throne among the democratic institutions, even if, ironically, many authoritarian leaders have come to power via established electoral processes. As a result, voter turnout in most established democracies has been decreasing since the 1980s.

The declining “voting population” demands a reflection on the principle of democratic participation: should voting, as an expression of democratic participation, be voluntary or mandatory? What do the data tell us?
Voter turnout tends to be high (up to 95%) in countries that have mandatory voting (e.g. Belgium, Australia, Singapore, Luxemburg, and Turkey) and it may be lower in countries where voting is voluntary (e.g. the United States or Morocco).

The verdict is however mixed as high voter turnout is also witnessed in polities where voting is not mandatory (e.g. Malta, Sweden, Iceland, New Zealand, Denmark and Germany). It can also be high at the national level while low in some municipalities.

New Zealand for example had a national voter turnout of 77 % in the 2014 elections while voter turnout for the 2016 local elections in the City of Auckland was only 36%.

Those who oppose mandatory voting argue that it violates the right and freedom of the individual to decide whether to participate in a political process or not. Some also think that imposing ill-informed and un-interested citizens to vote is irresponsible.

Those in favor of mandatory voting consider the act of voting a civic obligation that is inherent to the notion of citizenship; paying taxes is mandatory, why should voting not be?

Non-mandatory voting tends to benefit those who have the power and the finances to mobilise larger groups of voters around their ideas. Mandatory voting would increase the representation of disadvantaged groups.

And research also shows that people living in countries where voting is compulsory are politically better informed, either because voters choose to inform themselves or because of comprehensive voter education programmes..

Discussions on the right to democratic participation also raise questions on the voting age. In 2016 the Inter Parliamentary Union (IPU) issued a report “Rejuvenating democracy, giving voice to youth” that outlines how parliaments and parliamentarians could help rejuvenate democracy.

Lowering the voting age would increase the degree of political participation of young people, and indeed 16 year-olds may already vote in Argentina, Austria, Brazil, Cuba, Ecuador, Nicaragua and in the Isle of Man, Jersey and Guernsey. But lowering the voting age alone is not enough, young people don’t want passive voting rights, they demand active political participation.

The average age of parliamentarians, globally, is 53 and only 1.9 per cent of them are under 30 years of age. And in one third of all countries, eligibility to be elected to the national parliament starts only at 25 years of age.

Hence what is needed is a policy of alignment: lowering the voting age while creating opportunities for young people’s representation in political institutions and active involvement in the political process through activisms and advocacy, political party involvement, and election observation.

Technology can also promote participation. But despite the fact that technology is already used at many stages of the electoral process – for voter information, election observation and voter registration – internet voting is still in its infant stages and only used in one country -Estonia.

Having solid control systems to avoid potential digital voter fraud remains a challenge. Importantly also, internet voting will require governments to ensure that those on the deprived side of the digital divide do not get their voting rights stripped because they can’t access the technology that is fundamental to the exercise of these rights.

Hence, until internet voting gains confidence and its integrity is guaranteed, the focus should be on increasing accessibility in time and space.

To conclude, it is time for democratic participation to become a public good again, available to all citizens and respected for its intrinsic worth. For that to happen:

• Politics needs to place the human being back at the centre of the political debate, instead of public and private interests.
• Lowering the voting and eligibility age has to be part of the global youth agenda. It would increase youth political participation and leadership so that young people can effectively exercise their right to contribute to decisions that affect their future.
• The right to vote needs to become again a key principle of democratic participation. Socialisation efforts to promote voting as a civic obligation is one way to achieve that.
• Making voting easier and more accessible can stimulate voter turnout such as by organising elections on a non-working day, extending voting hours, allowing voting on multiple days, voting via mail, ensuring proximity of polling stations and developing the digital means and security protocols to promote on-line voting.

Despite the complexity of the issue, voting remains the most powerful expression of the voice of the people as the custodians of a democratic society. It remains therefore a topic of heated debates and controversies.

The modalities of how people will vote are likely to change dramatically, allowing for a larger group of people to express their opinion, both during elections and after the ballots.

With the right technologies and appropriate education and socialisation, voting may well become the powerful antidote against the current deterioration of politics. Voting does matter and should therefore be considered both a right and a civic obligation.