Shared Humanity our Only Hope Against Hatred

Siddharth Chatterjee is the United Nations Resident Coordinator to Kenya and was born in the city that was Mother Teresa’s home- Calcutta, India. 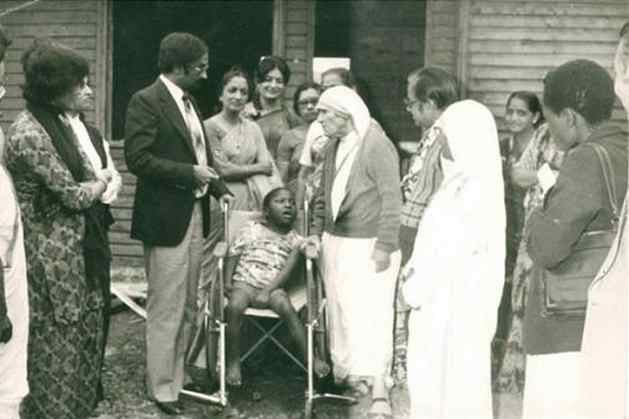 NAIROBI, Aug 26 2018 (IPS) - “If we have no peace, it is because we have forgotten that we belong to each other.”   This profound statement was made by the late Nobel Peace Prize winner Mother Teresa, who was born on this day, August 26, 1910. An icon of love, tolerance, generosity and tremendous integrity and spirituality.

Recently, Archbishop Charles Chaput wrote in America’s National Catholic Register: “The reason the church names anger as one of the ‘seven deadly sins’ is because it’s simultaneously so poisonous, so delicious and so addictive. Anger congeals quite comfortably into hatred.”

Where ideas used to take years – and sometimes centuries – to spread around the globe, they now do so in seconds, thanks to the new communication technologies. While this is a force for good in countless ways, it has also facilitated and strengthened the rise of movements that are based on hatred rooted not in nation or state identity, but in extremist ideologies based on rancorous opposition to a particular faith or race, sexual orientation or to liberal democracy in general.

Across the world, politics of division and rhetoric of intolerance are targeting gender, racial, ethnic, linguistic and religious minorities, and migrants and refugees. From anti-Semitism to attacks on hijab-wearing women, racism to sexual assault, we are witnessing what words of fear and loathing can do, and the damaging consequences.

If we need proof that it often takes surprisingly what seems like simple gestures to reduce the levels of polarising animus in society, we only need to look at how the ‘handshake’ between President Uhuru Kenyatta and opposition leader Honourable Raila Odinga has brought political reconciliation to levels that nobody would have predicted. 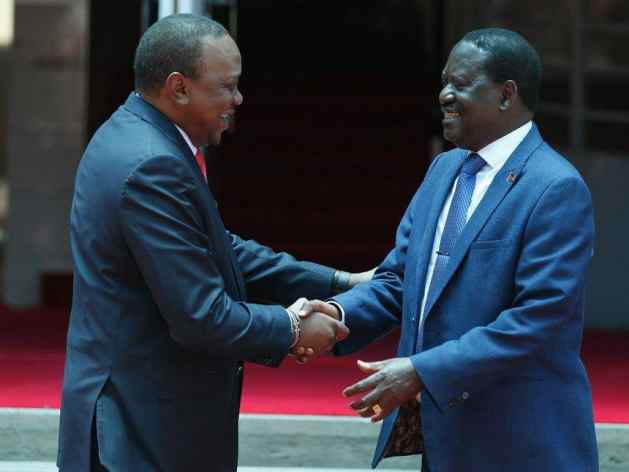 From just under a year ago, when political partisanship gridlocked this country and seemed destined to polarize Kenyans, we are now witnessing an important and urgent discourse on vital issues such as the fight against corruption.

These are hopeful signs; this is a demonstration of true leadership.  One must not, however, underestimate the challenge of combating hatred. If hatred is an epidemic, then we need to treat it as such and plan to contain and reverse it.

So, what is the antidote to the rise of chauvinism, xenophobia, racism, bigotry and misogyny?

The human spirit is strong, and never stronger than when joining forces for justice. Around the world hatred has been met with purposeful love, and with actions engineered to counter the hatred. From the Women’s March in the United States to demonstrations against discrimination in many European countries, people have joined hands to fight hatred and discrimination.

First, incendiary speeches driving bigotry against any group based on religion, race, gender or sexuality must be reined in.

Second, citizens standing up against hate must continue to use and expand all available avenues to engage with others across the world who share their concerns and bolster their ability to affect change.

Third, meaningful change often comes from the bottom up, thus citizens must be educated on how they can change their leadership by voting with their conscience –in national, state, municipal and civic body elections.

Fourth, it is the duty of elected officials to reflect the will of the electorate. They must therefore support their citizens with actions and not merely words in the pursuit of social justice.

Fifth, the voices of moral and thought leaders from around the world who espouse tolerance must be amplified. The lessons of acceptance and mutual respect and equality must be heard, especially by the young, because if we teach them that it is unacceptable to hate and that it is their responsibility to speak up or stop hatred from spreading, we have the odds in favour of justice prevailing in the future.

To Kenya’s advantage, the growth of social media as an established influential platform used ubiquitously by the youth could be a persuasive avenue for mobilising them against all forms of intolerance.

There is a chance to change the world here – to counter hatred with love, anger with joy, and bigotry with acceptance – but it requires the deliberate coming together of concerned people around the world. It requires the understanding that, despite our different realities, we have common hopes for ourselves and for our children, as well as common destinies.

The UN Secretary General, Mr. Antonio Guterres has said, “Diversity enriches us.  But if we want diversity to be a success, we need to invest in social cohesion.”

Despite the forces of pessimism that have at times painted a picture of gloom, I am convinced that Kenya can harness the reality of a shared humanity, that they can overcome the fraying forces and bridge the chasms that nurture intolerance. And serve as a beacon of hope for the world.

That would be a real tribute to the memory of Mother Teresa.