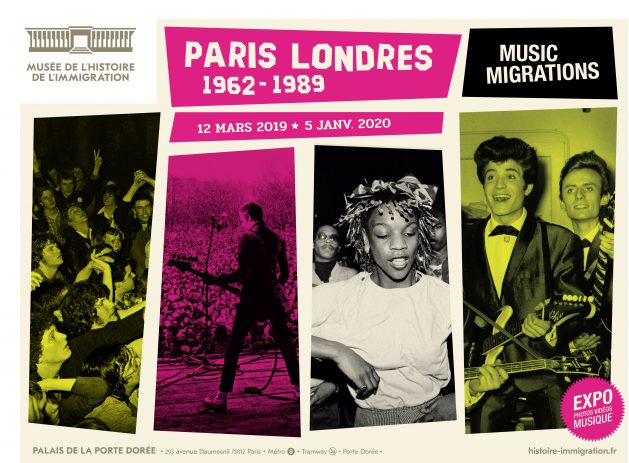 PARIS, Mar 26 2019 (IPS) - Amid the morass of Brexit and continuous debates on immigration, a French museum has launched a thought-provoking exhibition about music and migration.
The massive show at Paris’ Musée de l’histoire de l’immigration (National Museum of the History of Immigration) “explores the close and complex relationship between migration, music, anti-racism and political activism”, according to the curators.

It comes at a time when “many European nations are turning inwards and succumbing to the temptations of closed borders,” they add.

The exhibition “Paris-Londres: Music Migrations (1962-1989)” runs until Jan. 5, 2020, and was inaugurated ahead of the International Day for the Elimination of Racial Discrimination, observed annually on Mar. 21. The launch also preceded the fourth edition of a one-week “Grand Festival” in Paris against racism, antisemitism and anti-LGBT prejudice.

The show breaks new ground by linking artistic movements in England and France that demonstrate how “successive generations of immigrants in these two colonial powers used music to stake their claim to equal rights, affirm their presence in the public space, and contribute to the urban, economic and cultural transformations reshaping” both countries, the curators say.

Most music lovers are already aware of the influence that genres such as ska, reggae and rai have had on popular music, and the exhibition details this impact through an array of documents, videos and recordings. But it goes further by highlighting how immigrant musicians played a crucial role in fighting racism, with movements such as “Rock Against Racism” in Britain and “Rock Against Police” in France.

“These two stories have not previously been put together side by side in a postcolonial way,” says Martin Evans, a professor of modern European history at the University of Sussex, and one of the three international curators of the exhibition.
“We really wanted to look at how London and Paris reinvented themselves with the influence of the new arrivals from the Sixties to the Eighties,” he told IPS. 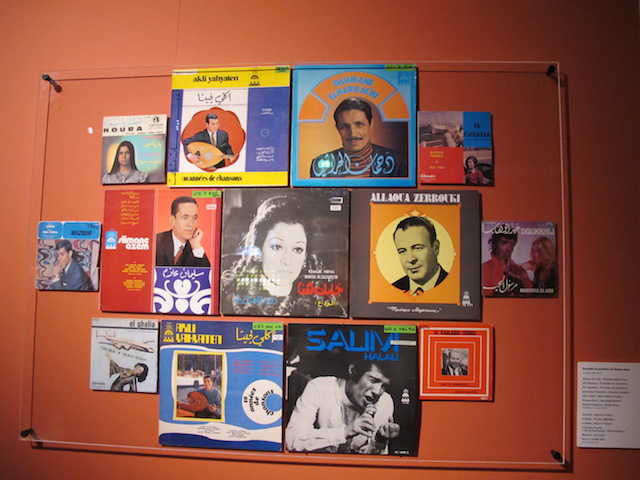 A “wealth of musical styles linked with successive waves of immigration transformed Paris and London into multicultural capitals” between the early 1960s and the 1980s. Courtesy: A. D. McKenzie

As the exhibition puts it, a “wealth of musical styles linked with successive waves of immigration transformed Paris and London into multicultural capitals” between the early 1960s and the 1980s.
A significant aspect of this immigration has been the global impact of Jamaican history and culture, Evans said, particularly through the contributions of dub poets such as Linton Kwesi Johnson, who was himself influenced by Martiniquais writer and statesman Aimé Césaire.

“In doing this exhibition, we discovered a lot of stories about links between artists and activists in France and Britain,” Evans said. “So, a very important aspect is uncovering these hidden stories”.
The curators showcase more than 600 documents and artworks “connected with music”, including instruments, photographs, concert posters, videos, costumes and other items – many of which are on loan from institutions such as London’s Victoria and Albert Museum and from the personal collections of well-known musicians.

Visitors to the exhibition are greeted by black-and-white footage of people exuberantly dancing, while a narrator explains the origins of the music that’s driving them into paroxysm of delight. “This is ska”, taking Britain by storm in the 1960s after its emergence “from the Jamaican sound systems of the late 1950s”.

Following this introduction, and the familiar lyrics of “Sammy Dead”, the show moves into the activist nature of music by London-based groups such as The Equals (the first major “interracial” UK band, formed by Guyana-born Eddy Grant), who used their song “Police on My Back” to highlight police harassment of immigrants.

Meanwhile, history lessons about the arrival and settlement of immigrants are included in the captions to memorable photographs, detailing how immigrants to England settled in the inner cities while those to France inhabited the outskirts or banlieues.

The Windrush generation (referring to Caribbean passengers on the HMT Empire Windrush in 1948 and their descendants) also feature prominently, with information about recent scandals regarding the British government’s treatment of individuals and historical documents.

In addition to the visual displays, the exhibition boasts a “killer playlist” that features ska, reggae, punk, makossa, rai, rumba, rock and other genres, and visitors will be seen dancing as they listen to music through headphones or stand in front of video clips of Millie Small singing “My Boy Lollipop” or Jimmy Cliff belting out “The Harder They Come” from the iconic 1972 film of the same name.

On the French side, one learns about African and North African musicians who changed the sound of French music: Manu Dibango, Salif Keïta, Noura and Khaled, among others. Meanwhile, the cross-border links can be seen in Serge Gainsbourg’s reggae version of France’s national anthem La Marseillaise – a recording that sparked outrage in certain quarters and earned the singer death threats.

“Gainsbourg used this music as a political vector,” says Stéphane Malfettes, the lead curator, who’s in charge of the museum’s cultural programming. “He went to Jamaica to record and was a big fan of reggae. In fact, France has always had a link with this music.”

According to Malfettes, concerts by reggae star Bob Marley and other artists drew thousands of fans in France in the 1970s and early 1980s and provided a spur for the later creation of France-grown reggae groups such as Danakil who perform political music.

Some visitors will find the political aspect of the music to be the most interesting part of the exhibition, which gives the background to Rock Against Racism – an activist movement sparked by the “rise of the far right and the spread of racism in political discourse”.

English musicians Red Saunders and Roger Huddle launched Rock Against Racism in 1976, following “murky racist proclamations from the likes of Eric Clapton and David Bowie,” the curators state. The first concert was held in Victoria Park in the spring of 1978 and attracted some 100,000 people, with groups including Steel Pulse, The Clash and the Tom Robinson Band performing – “revealing the often-overlooked solidarity between” rock, punk and reggae.

The movement influenced activists in France, where Rock Against Police grew out of a “proliferation of racist incidents and violence” in the late 1970s and early 1980s, “compounded by the success” of the far-right Front National in the municipal elections of 1984, according to the curators. The exhibition highlights the personalities and musicians involved, through footage, music, photos and articles.

As the exhibition nears its cut-off point (1989), visitors also learn about other landmark happenings that emphasised the “multicultural identity” of Paris and London. Two such events were the huge SOS Racisme concert held in June 1985 on the Place de la Concorde and the massive anti-apartheid show held at Wembley stadium to mark the 70th birthday of South African icon Nelson Mandela, in June 1988.

If there’s one drawback to the exhibition, it is in the sheer range of objects and information, which makes it difficult to absorb everything during a single visit; many visitors will feel the need to return for a second look, especially regarding the musical connections – the punk and dub-reggae productions of

John Letts, and the “Asian underground sounds” of Asian Dub Foundation, for instance.
An irony, too, is that this exhibition is taking place at the imposing Palais de la Porte Dorée – which houses the history museum. The building, with its ornately decorated façade, was constructed to host the Paris Colonial Exposition of 1931 and was used for many decades to showcase the “civilising influence” of French colonialism. It has now changed its focus.