The Age of the Internet Calls for Younger Leaders 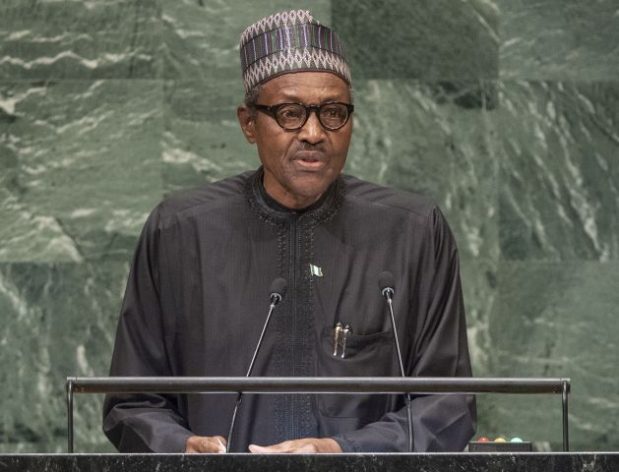 ACCRA, May 10 2019 (IPS) - Days before Algeria’s 82-year-old strongman president Abdelaziz Bouteflika was ousted from power, the country made one last ditch attempt to keep control: it shut down the internet.

Indeed, the main contenders in Nigeria’s recent general elections were the incumbent Muhammadu Buhari, 76, and Abubacar Atiku, 72. Together with the likes of Cameroon President Paul Biya, Uganda President Yoweri Museveni, Equatorial Guinea President Teodoro Obiang Nguema Mbasogo and a host of other African leaders, they share one thing in common: they are all over 70.

Yet, they are still keen on their presidential ambitions with some even amending constitutional provisions to extend their tenures – sometimes from hospital beds in other countries.

Only five percent of Africans are aged 65 and above, but the political expectation is that this five percent should set the agenda for the 70 percent or so Africans who are under 35 years of age. Already, the average life expectancy across Africa is between 61 and 65 years, which means that all these leaders are, statistically speaking, already living on borrowed time.

As more technology has become available to an average person in Africa, the continent’s technology challenge has  moved beyond access to harnessing tech innovations to how it can improve performance in areas like education, or health. We need leaders who value and are fluent in these new technologies and their promise.

Countries like Democratic Republic of Congo, Equatorial Guinea, Chad and Mali have some of the lowest human development indices in the world according to the UNDP’s Human Development Indices for 2018. These countries are also ones with some of the highest costs per 1 gigabyte of internet data — at around $10.

Despite these costs, across the continent are real examples of how the internet is changing lives. The mobile economy in 2017 alone added US$150 billion to African economies

But the internet revolution in Africa is encountering a bottleneck: elderly African leaders. And the reality is that these laggards are mostly  born generations before the rise of the internet. It has become obvious that the struggle of Africa’s older leaders to understand technology has had dire consequences for their citizens.

In July 2018, Uganda put a tax on social media and mobile money payments to raise revenue and “control gossip”. Within a day, certain accounts indicated a 60 percent drop in transactions. By December 2018, Uganda had lost 5 million internet users as a direct result of these taxes. The sharp drop in remittances meant that businesses were impacted in areas like agriculture, remittances from urban areas to family and relatives in rural areas as well as  basic e-commerce.

The Global Network Initiative reports that  between 0.4 percent and 1 percent of a country’s daily GDP is lost because of internet shutdowns, or about $6.6 million per 10 million users daily.

On January 15, 2019, Zimbabwe shut down internet connectivity for three days in a bid to quell public protests. According to Netblocks, this shutdown affected an estimated 17 million people and cost the nation’s economy some $17 million dollars.

Sub-Saharan Africa’s greatest asset is its youth. There are 420 million people between 15-35, of which just more than 30 percent are unemployed, according to the African Development Bank. Because the median age of an African today is 19.4 years, leaders should focus on transforming  African economies to become centers of entrepreneurial success.

Dr Abiy Ahmed of Ethiopia, currently Africa’s youngest leader at 42, believes that strengthening e-commerce and virtual government is more important than running state monopolies. By selling off half of the state-owned Ethio Telecom, he has demonstrated the willingness to open up the telcom sector to innovation.

Of course, it can also be said that younger African leaders are not always best equipped to modernize their nations. Rwanda’s Paul Kagame, 61, has improved e-governance and innovation to the point where his country ranks just behind Mauritius in a World Bank assessment of African business environments. His younger neighbor, the 54-year old Pierre Nkurunziza in Burundi, however still ranks among the lower performers in Africa 14 years in power after gaining power at the age of 40.  Youth itself is not necessary, but a youthful, outward-looking mindset is.

Many African leaders are also aware that the internet can provide the very tools that can threaten their political control.  They will be watching warily the situation in Algeria, where activists have used the internet as part of a campaign to challenge 82-year-old president, Abdelaziz Bouteflika, who has been in power for two decades.

In Nigeria, the presidential contest was declared for Buhari, who at age 76 is 16 years older than the mandatory retirement age for Nigerian civil servants. Ethiopia’s Abiy Ahmed, on the other hand, would have to work another 13 years to even qualify for early retirement in his country.

African voters should ask themselves which type of leader is better equipped to guide their countries into the future.

Selorm Branttie is the Global Strategy Director of mPedigree, which designed the world’s first SMS based anti-counterfeiting solution. He is very passionate about how technology can create a new future for Africa and the global south.