These Aliens Are Here to Stay (And They Are Dangerous) 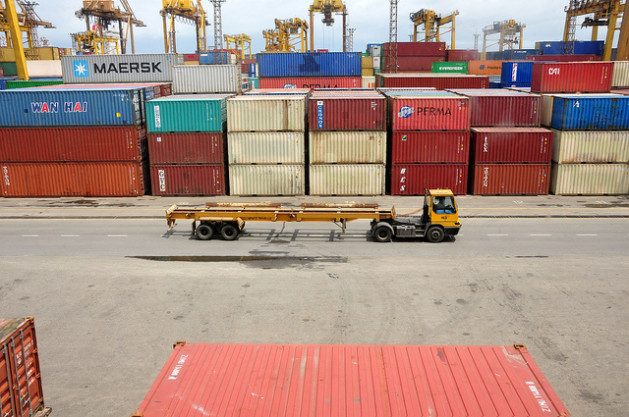 MADRID, May 29 2019 (IPS) - No, no, no. Nothing to do with what US and Europe’s far-right fanatics now use to vociferate, saying once and again that “migrants come here to destroy our democracy, our civilisation, and our life-style”.

Rather the complete opposite—this is about a major damage that precisely “our civilisation” and “our lifestyle” have been causing: invasive alien species crossing the world chiefly on board of ships, and harming human health, biodiversity and the whole ecosystem.

“Invasive alien species are plants, animals, pathogens and other organisms that are non-native to an ecosystem, and which may cause economic or environmental harm or adversely affect human health…

For a species to become invasive, it must successfully out-compete native organisms for food and habitat, spread through its new environment, increase its population and harm ecosystems in its introduced range.

“In particular, they impact adversely upon biodiversity, including decline or elimination of native species -through competition, predation, or transmission of pathogens- and the disruption of local ecosystems and ecosystem functions…

“Invasive alien species, introduced and/or spread outside their natural habitats, have affected native biodiversity in almost every ecosystem type on earth and are one of the greatest threats to biodiversity. Since the 17th century, invasive alien species have contributed to nearly 40 percent of all animal extinctions for which the cause is known.” [2006 data]

This is how the Convention on Biological Diversity (CBD) defines the alien invasive species.

It warns that this problem continues to grow “at great socio-economic, health and ecological cost” around the world.

“Invasive alien species exacerbate poverty and threaten development through their impact on agriculture, forestry, fisheries and natural systems, which are an important basis of peoples’ livelihoods in developing countries. This damage is aggravated by climate change, pollution, habitat loss and human-induced disturbance.” A ship crosses the Paraná River on its way to the port of Rosario, Argentina. Credit: Marcela Valente/IPS

Where do they come from?

Globalisation has resulted in greater trade, transport, travel and tourism, all of which can facilitate the introduction and spread of species that are not native to an area, CBD experts the Convention on Biological Diversity explain.

For a species to become invasive, it must successfully out-compete native organisms for food and habitat, spread through its new environment, increase its population and harm ecosystems in its introduced range.

Most countries are grappling with complex and costly invasive species problems. For example, the annual environmental losses caused by introduced pests in the United States, United Kingdom, Australia, South Africa, India and Brazil have been calculated at over 100 billion dollars (CBD, 2006).

The Convention also warns that addressing the problem of invasive alien species is “urgent” because “the threat is growing daily, and the economic and environmental impacts are severe.” In poor words, ships transporting merchandise from one extreme of the world to another, once they discharged their cargo, they once upon a time used to load heavy stones and rocks to ensure more stability to the vessels in their new maritime crossing. Later on, they started to load sea water instead of stones. This is the ballast water.

Then, upon their arrival to a new port, and before loading another cargo, they would discharge the water (ballast water) they loaded in another sea.

Some of them would simply perish, but many more would survive at the cost of species and organisms, natives of the new habitat.

“Ballast water is essential for the safe operation of ships. It provides stability and manoeuvrability during a voyage and during loading and unloading operations,” explains the European Maritime Safety Agency (EMSA). Management of ballast water also reduces the hull stress caused by adverse sea conditions or by changes in cargo weight as well as fuel and water.

However, EMSA also explains that the process of loading and unloading untreated ballast water poses a major threat to the environment, public health and the economy as ships become a vector for the transfer of organisms between ecosystems, from one part of the world to another.

If suitable conditions exist in this release environment, these species will survive and reproduce and become invasive species.

“In some cases, there is a high probability that the organism will become a dominant species, potentially resulting in: the extinction of native species, effects on local/regional biodiversity, effects on coastal industries that use water extraction, effects on public health and impacts on local economies based on fisheries.” The European Maritime Safety Agency further warns that “ballast water discharge typically contains a variety of biological materials, including plants, animals, viruses, and bacteria. These materials often include non-native, nuisance, exotic species that can cause extensive ecological and economic damage to aquatic ecosystems, along with serious human health issues including death.”

For its part, the International Maritime Organization (IMO) explains that ballast water is routinely taken on by ships for stability and structural integrity. It can contain thousands of aquatic microbes, algae and animals, which are then carried across the world’s oceans and released into ecosystems where they are not native.

“Untreated ballast water released at a ship’s destination could potentially introduce new invasive aquatic species. Expanded ship trade and traffic volume over the last few decades have increased the likelihood of invasive species being released. Hundreds of invasions have already taken place, sometimes “with devastating consequences for the local ecosystem, economy and infrastructure.”

The dominating ‘life-style’, generated by the “Take-Make-Dispose” economic model, which is based on over-production/over-consumption/over-commercial benefits, has massively increased international transporting systems.

The United Nations Conference on Trade and Development (UNCTAD) in 2016 estimated that there are more than 50,000 merchant ships trading internationally, transporting every kind of cargo. The world fleet is registered in over 150 nations and manned by more than a million seafarers of virtually every nationality.

For its part, the Food and Agriculture Organisation of the United Nations (FAO) also in 2016 estimated that some 1.1 trillion dollars-worth of agricultural products are traded internationally each year.

This “Take-Make-Dispose” economic model has proved to be one of the world’s main killers due to the huge pollution it causes for air, land and soil, marine and freshwater.

Moreover, this prevailing economic model implies that over one third of food is lost and/or wasted, enough to feed all hungry people.

Invasive alien species arrive in new habitats through various channels, being shipping the main one. Though important, they are not the sole problem the voracious production-consumption model brings.

“It is not only their cargo, but the steel contraptions themselves, that can serve as vectors for the spread of exotic species capable of wreaking ecological and agricultural havoc.” In addition to the invasive alien species, the fact that over 80 per cent of global trade is carried by sea also implies other invisible treats –while ships bring coffee, snacks and TV sets, they also carry pests and diseases.

In its ‘A Floating Threat: Sea Containers Spread Pests and Diseases’, FAO highlights that while oil spills garner much public attention and anguish, the so-called “biological spills” represent a greater long-term threat and do not have the same high public profile.

The specialised world body also reminds that perhaps the biggest “biological spill” of all was when a fungus-like eukaryotic microorganism called Phytophthora infestans – the name of the genus comes from Greek for “plant destroyer” – sailed from the Americas to Belgium. Within months it arrived in Ireland, triggering a potato blight that led to famine, death and mass migration.

The report A Floating Threat: Sea Containers Spread Pests and Diseases’ estimates that up to 90 percent of world trade is carried by sea today, with vast panoply of differing logistics, making agreement on an inspection method elusive.

The list of dangers the current economic model –and “our civilisation” and “our life-style” pose day after day is too long to be summarised in just one report. The uncontrolled threats of the invasive alien species are just an example.

Any hope that humans wake up… perhaps by attentively listening to Greta Thunberg –and with her the already mobilised world’s youth:

“You say you love your children above all else, and yet you are stealing their future in front of their very eyes… We cannot solve a crisis without treating it as a crisis…if solutions within the system are so impossible to find, then… we should change the system itself.”