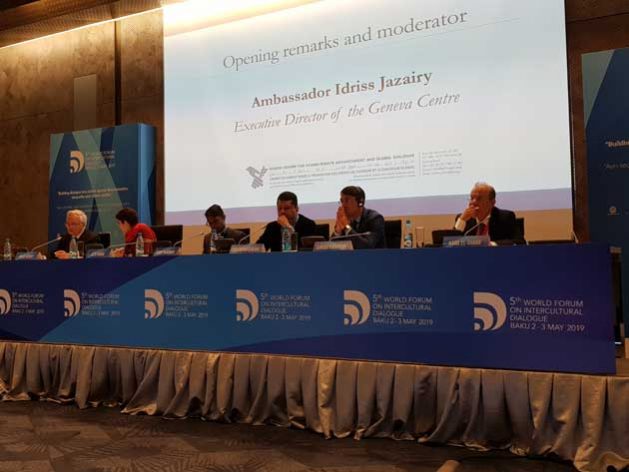 BAKU, AZERBAIJAN, May 3 2019 - (Geneva Centre) – In times when religions have been considered as a source of hatred and division, harnessing its collective energy in the pursuit of equal citizenship rights is needed more than ever, concluded a group of eminent experts on inter-faith dialogue during a panel debate.

The conference entitled “Greater Spiritual Convergence for Equal Citizenship Rights” was organized on 3 May by the Geneva Centre for Human Rights Advancement and Global Dialogue as a breakout session of the Fifth World Forum on Intercultural Dialogue held from 2-3 May in Baku, Azerbaijan.

The conference was attended by high-level officials from different countries including the Minister of Culture of Algeria Meriem Merdaci.

In his opening remarks, the Executive Director of the Geneva Centre Ambassador Idriss Jazairy stated that the present meeting was held as a follow-up to the 25 June 2018 World Conference on religions and equal citizenship rights.

“At this international meeting, it was agreed that it is high time that decision makers join hands to initiate a global effort to ensure that our equally shared humanity is reflected in equal citizenship rights not only in theory, but in practice,” highlighted Ambassador Jazairy.

As an outcome to the World Conference, the Geneva Centre’s Executive Director highlighted that more than 50 decision-makers worldwide adopted an Outcome Declaration entitled “Moving Towards Greater Spiritual Convergence Worldwide in Support of Equal Citizenship Rights.”

The said declaration, Ambassador Jazairy remarked, appeals to decision-makers to unite in a common endeavour for the preservation of dignity, to contribute to the realization of human rights and to promote the effective enjoyment of equal citizenship rights.

The Geneva Centre’s Executive Director stated that with the adoption of the Joint Document on Human Fraternity for World Peace and Living Together, on 4 February 2019 by HH Pope Francis and the Grand Imam of Al Azhar His Eminence Sheikh Ahmad Al-Tayyib in Abu Dhabi, United Arab Emirates, a growing consensus has emerged on the importance of promoting equal citizenship rights as a vector to peace and stability.

“Global decision-makers must therefore take the initiative to identify a global citizenship model that is compatible with diversity and respect of human rights of people irrespective of religious beliefs, denominations and/or value systems. He encouraged all to work together to build more tolerant, peaceful and coexisting societies, for our present and future generations,” Ambassador Jazairy said.

In his statement, the Deputy Chairman of the State Committee on Religious Associations of the Republic of Azerbaijan Gunduz Ismayilov stated that tolerance and respect for the other are integral components of the culture of Azerbaijan. It is not driven – he said – by the need to abide by legal norms as Azerbaijan has for centuries been a multicultural society and a feeling of mutual empathy towards the other.

The Executive Director of the Anna Lindh Euro-Mediterranean Foundation for Dialogue between Cultures Ambassador Nabil Al Sharif presented the endeavours of the Anna Lindh Foundation to promote peaceful co-existence within, and between, societies in Europe and in the Middle East and North Africa (MENA) region. He referred in particular to a handbook entitled “Intercultural Trends and Social Change in the Euro-Mediterranean Region.”

The Chairman of the Institute for Policy, Advocacy and Governance Syed Munir Khasru argued that the world society is witnessing the rise of divisive narratives that reject tolerance and diversity. Although all religions converge in their endeavours to promote a more just, peaceful and inclusive society, the decline of multilateralism and the surge of violent extremism threaten diverse and multi-cultural societies. The recent terrorist attacks in New Zealand and in Sri Lanka are telling examples – he said – of this woeful trend and that injustice is spreading out.

The Coordinator of the UN Inter-Agency Task Force on Religion and Development and UNFPA Senior Advisor Azza Karam remarked that there is an increasing interest in ‘using’ religious leaders to promote freedom of religion and belief (FoRB) or religious liberty issues. “By and large, this emphasis on FoRB is promoted by a handful of western governments. In all cases, the emergence of FoRB as a key area of engagement, can often come at the expense of increasing multi-religious collaboration around many other features of human rights and sustainable development concerns,” Dr Karam emphasized.

Programme Executive for Interreligious Dialogue and Cooperation at the World Council of Churches Reverend Peniel Rajkumar spoke about the role of faith actors to convert dialogue on equal citizenship rights into concrete action. He said that the challenge for religions today is to use the cornerstone of pluralism to build just and inclusive communities. However, this task is rendered all the more impossible in contexts where religion has been violently recruited as an ally of populist nationalisms and xenophobia. To overcoming this woeful trend, Reverend Rajkumar highlighted the importance of bridging the gap between spiritual will and collective political action. It is no secret – he said – that there are spiritual resources within different religious traditions that remind their followers both of the interrelatedness of the entire humanity and the need to ensure the wellbeing of the ‘other’.

To conclude the meeting, a resolution was adopted supporting the holding of the historical meeting on 4 February 2019 in Abu Dhabi, United Arab Emirates between HH Pope Francis and the Grand Imam of Al Azhar and endorsing the World Conference Outcome Declaration on “Moving Towards Greater Spiritual Convergence Worldwide in Support of Equal Citizenship Rights.” 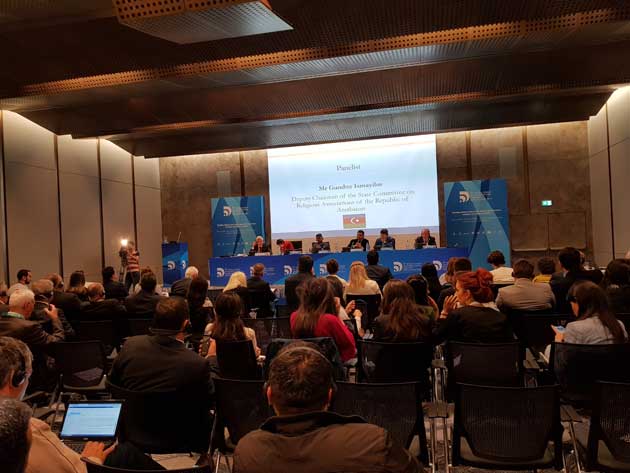 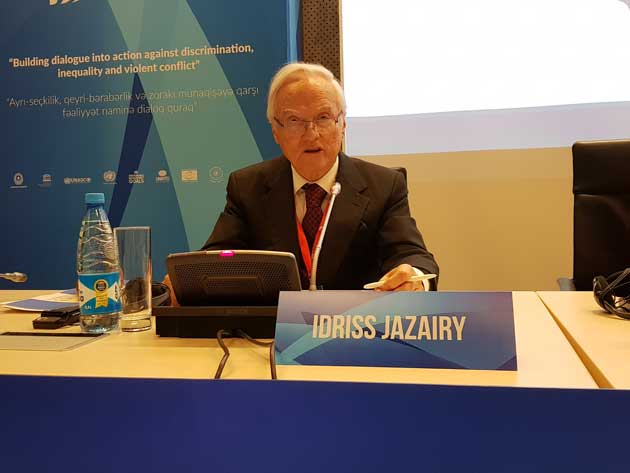 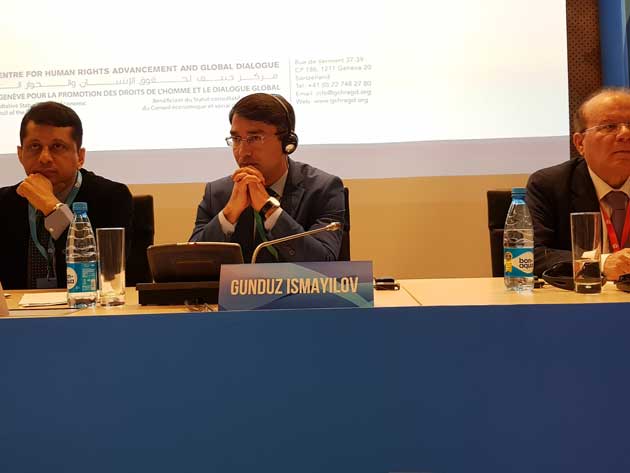 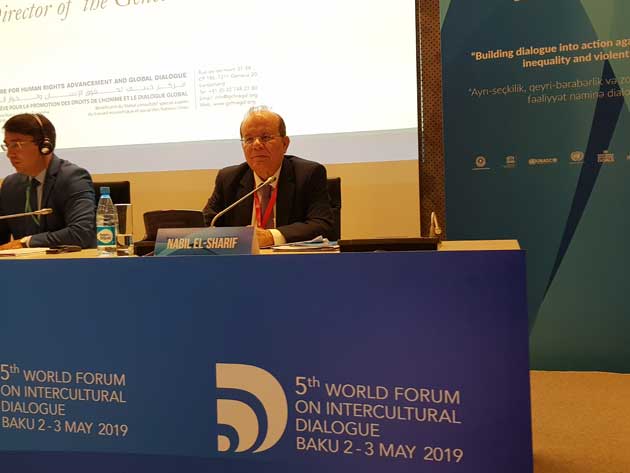 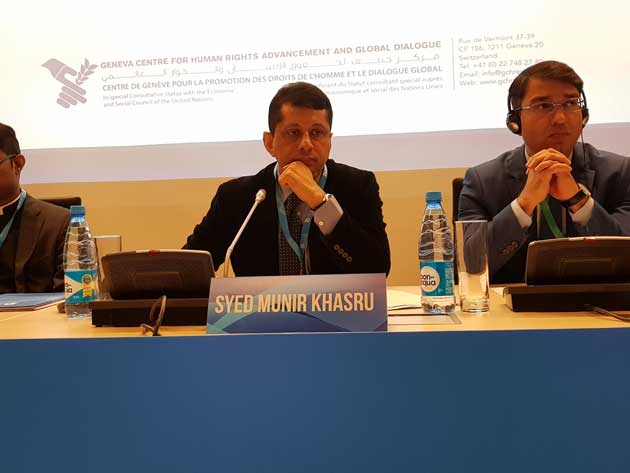 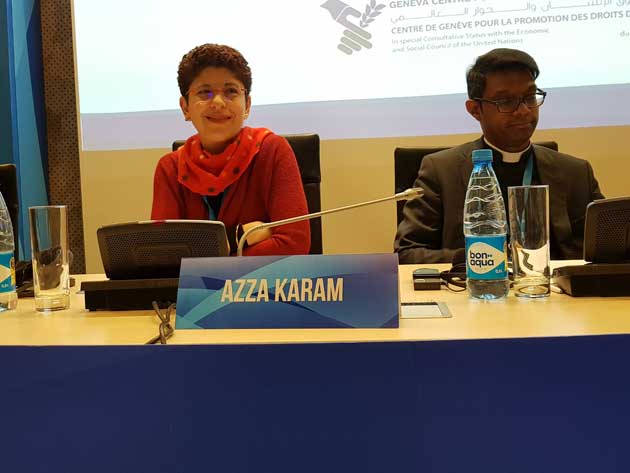 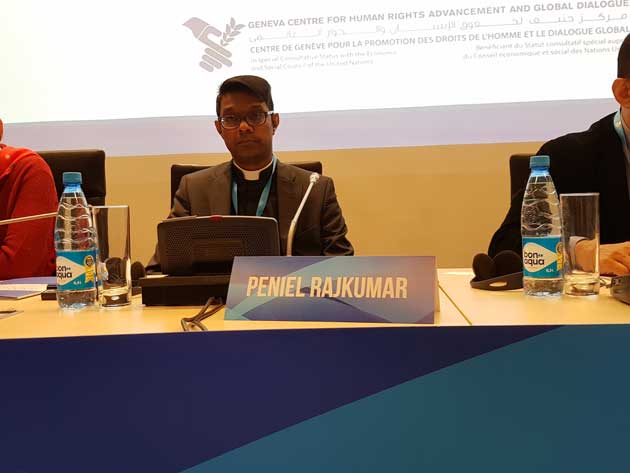 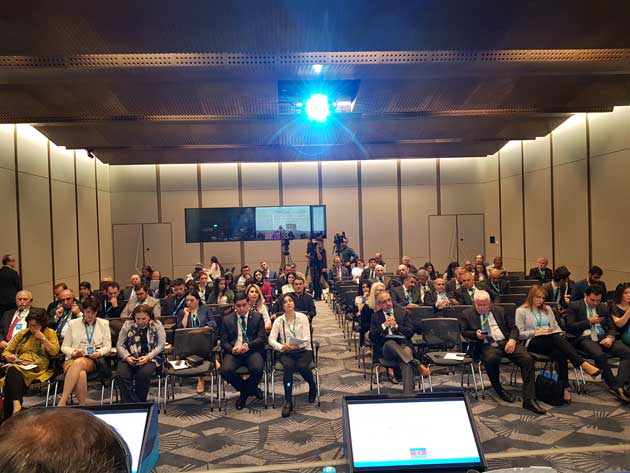