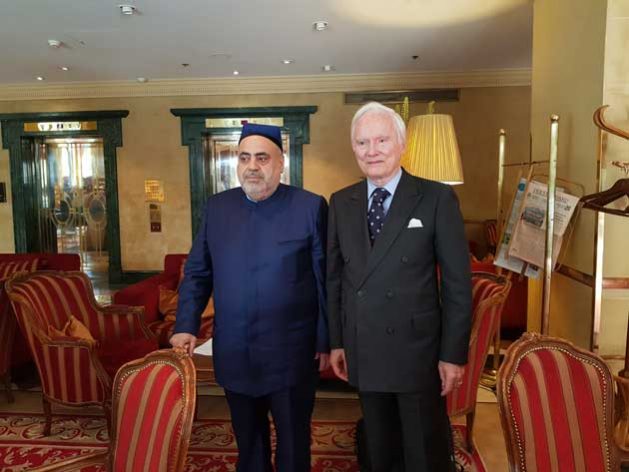 VIENNA, Jun 19 2019 - In relation to the organization by the Geneva Centre for Human Rights Advancement and Global Dialogue together with its partners in Vienna on the theme of “From the Interfaith and Inter-Civilizational Cooperation to Human Security”, the Executive Director of the Geneva Centre Ambassador Idriss Jazairy participated in several high-level meetings in Vienna.

The aim of these meetings was to enhance the Geneva Centre’s collaboration with inter-religious organizations and academic institutions in the field of interfaith dialogue and the promotion of mutual understanding and cooperative relations between societies.

In the meeting with the Chairman of the Caucasus Muslims’ Board His Virtue Sheikh-ul-Islam Allahshukur Pashazadeh, in the presence of the Ambassador of Azerbaijan to Austria HE Galib Israfilov and the Head of the Parliamentary Committee on International Relations of the National Assembly of Azerbaijan Mr Samad Seyidov, Ambassador Jazairy expressed his appreciation to his interlocutors for the fruitful cooperation which has led to the organization of this important conference.

The Executive Director of the Geneva Centre likewise commended the outcome of the Fifth World Forum on Inter-Cultural Dialogue, held from 2-3 May 2019 in Baku, as it examined appropriate ways to support diversity, dialogue and mutual understanding as foundations for sustainable peace.

In response to Ambassador Jazairy’s remarks, the Azeri officials expressed their appreciation to the endeavours of the Geneva Centre to promote mutual understanding and cooperative relations between people and societies.

His Virtue Pashazadeh and Ambassador Jazairy agreed that they were united in the same vision to promote equal citizenship rights in multi-cultural and multi-religious societies worldwide. Ambassador Jazairy gave copies of the Geneva Centre’s book on “Islam and Christianity, the Great Convergence: Joining Forces to Enhance Equal Citizenship Rights” to the Azeri officials.

In light of this discussion, the participants highlighted the need to capitalize on the momentum of the 25 June 2018 World Conference on religions and equal citizenship rights, the 2018 World Tolerance Summit, the Joint Document on Human Fraternity for World Peace and Living Together signed on 4 February 2019 by HH Pope Francis and the Grand Imam of Al Azhar His Eminence Ahmad Al-Tayib in Abu Dhabi, United Arab Emirates, as well as the Fifth World Forum on Intercultural Dialogue held in Baku to examine inventive ways to carry the process forward to harness the collective energy of religions in the pursuit of equal citizenship rights. The 19 June conference – it was agreed – serves as a timely opportunity to harness unity in diversity and promote mutual understanding, tolerance and empathy.

In this connection, the parties agreed to further explore the possibility of organizing joint conferences on inter-faith dialogue and to conduct further research on points of commonalities of religions, creeds and value systems in the pursuit of joint values. Ambassador Israfilov and Mr Seyidov expressed their readiness to cooperate with the Geneva Centre on these matters.

In a second meeting, Ambassador Jazairy was received by Ambassador Emil Brix, the Director of the famous Diplomatic Academy in Vienna. Ambassador Jazairy used the occasion to inform Ambassador Brix about the Geneva Centre’s endeavours to organize panel debates at the United Nations Office in Geneva (UNOG) to promote a value-driven human rights system and to act as a platform for dialogue between a variety of stakeholders involved in the promotion and advancement of human rights in the Arab region and beyond.

Ambassador Brix highlighted that that the Diplomatic Academy in Vienna was established in the 18th century to enhance inter-civilizational dialogue and to build bridges of understanding between the West and the Ottoman Empire. In fact, Austria was one of the first countries in Europe to recognise Islam as an official religion, which it did in 1912, following the annexation of Bosnia-Herzegovina in 1908. The promotion of cooperative relations between peoples and societies – Ambassador Blix said – remains therefore one of the founding values of the Diplomatic Academy.

In light of this discussion, the parties expressed their readiness to explore joint avenues in the holding of conferences and thematic workshops as well as to facilitate student exchange visits. They highlighted the importance of addressing matters related to the reform of the multilateral system, enhance the long-term efficiency of the United Nations and transform inter-religious dialogue into political awareness. 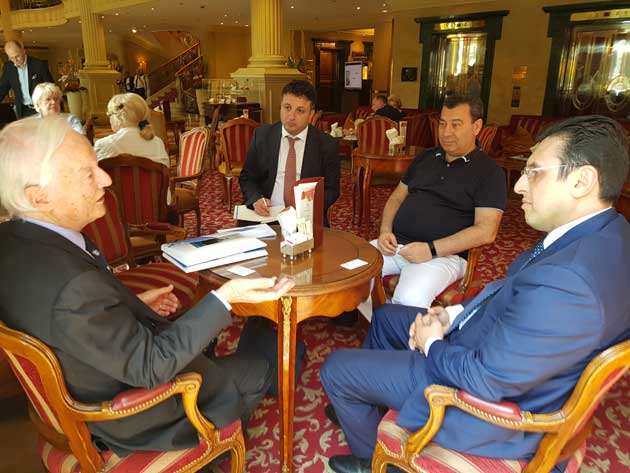 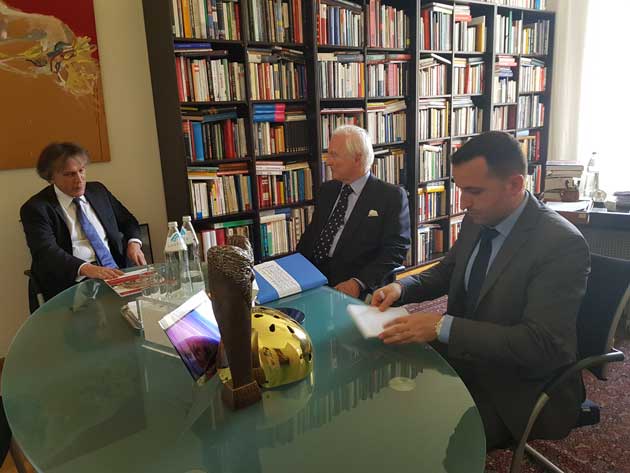