Executive Director of the Geneva Centre: World society must not turn a blind eye to refugees in the Arab region 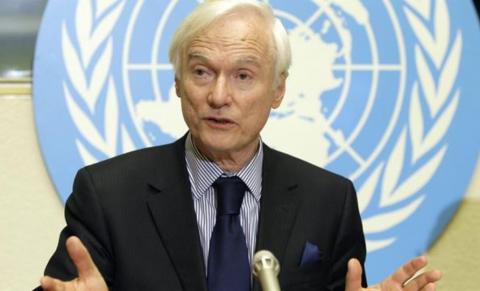 Ambassador Jazairy made this call of action on the occasion of the 2019 World Refugee Day which is observed annually on 20 June. The Executive Director of the Geneva Centre highlighted that there are more than 3 million refugees in the Arab region owing to the proliferation of conflicts and the rise of violent extremism and to the imposition of blockades. He said that the efforts of numerous Arab countries such as Jordan and Lebanon in hosting and in providing assistance to refugees stand out as shining examples of countries driven by the principles of international solidarity and justice. It serves as a source of inspiration for other regions witnessing much more modest inflows of people on the move such as in Europe, in the US and in Latin America, Ambassador Jazairy remarked.

In relation to the situation in Europe, the Executive Director of the Geneva Centre averred that the inflow of displaced people has been exploited by a populist tidal-wave fuelling xenophobia and in particular Islamophobia. In this regard, he highlighted that the refugee crisis is not a “number crisis” as European countries most hostile to the arrival of people on the move are those that have hosted the smallest numbers. “The current massive displacement of people worldwide has thus turned into a politicized crisis of solidarity, with closed border policies and the rise of xenophobic, populist trends that may impact adversely on the medium-term interests of their economies,” he said.

In this connection, Ambassador Jazairy expressed concern at a recent proposed draft decree by the Minister of Interior of Italy, Matteo Salvini, to fine organizations and individuals who attempt to rescue sea stranded refugees and migrants and even to revoke or suspend the licence of boats used by NGOs.

Ambassador Jazairy added that the refugee crisis is man-made, mainly triggered by decades of violence, conflict and war, and should be acknowledged as such, despite some political narratives seeking to externalize its causes and to obscure responsibilities. One of its many consequences – Ambassador Jazairy underlined – is social upheavals and mass exodus which have contributed to the extraordinary cohorts of people on the move that are left with no other option than to flee their home societies in search of better living opportunities.

In this connection, the Executive Director of the Geneva Centre appealed to decision-makers to restore peace and stability in the Middle East so as to cull the outflows of people in search of livelihoods and to enable destitute refugees to safely return to their home societies. This calls for – Ambassador Jazairy concluded – “a radical political change of approach in problem solving in the region and to phase out the use of foreign military interventions, respecting sovereignty, supporting democracy and human rights through peaceful means only.”