On average, migrant workers send between 200 and 300 dollars home every one or two months. Contrary maybe to popular belief, this represents only 15 per cent of what they earn: the rest –85 per cent – stays in the countries where they earn the money. Credit: IFAD/Christine Nesbitt.

MADRID, Jun 19 2019 (IPS) - Straight to the point: while right and far-right politicians keep marketing their image with intensive campaigns of hatred, discrimination and stigmatisation against migrants, 200 million migrant workers worldwide will sacrifice over half a trillion dollars from their hard-earned money, to rescue 800 million members of their impoverished families. And that’s only this year 2019.

This huge amount adds up to more than three times the level of Official Development Assistance (ODA) and surpasses Foreign Direct Investment (FDI), stated the Rome-based International Fund for Agricultural Development (IFAD) ahead of the 16 June 2019 International Day of Family Remittances.

In fact, IFAD’s president, Gilbert F. Houngbo, on 14 June announced that remittances from international migrant workers to their families are expected to rise to over 550 billion dollars in 2019, up some 20 billion from 529 billion in 2018.

An impressive figure given that it corresponds to only 15 per cent of migrant workers’ earnings who total around 200 million out of the world’s estimated 260 million migrants.

An essential fact that is most often under-reported or even unreported at all is that 85 per cent of their earnings remain in the host countries.

“Behind the numbers are the individual remittances of 200 dollars or 300 dollars that migrants send home regularly so that their 800 million family members can meet immediate needs and build a better future back home. Half of these flows are sent to rural areas, where they count the most,” IFAD’s chief explained. 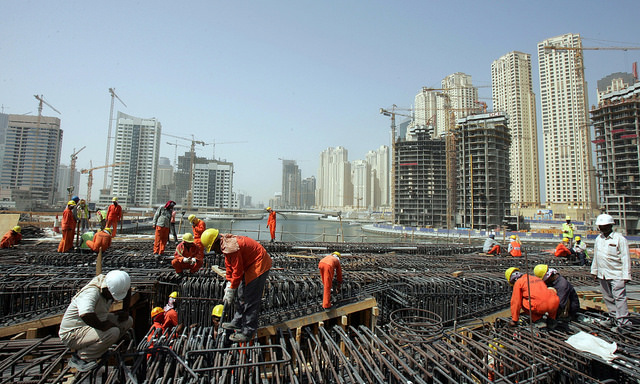 An additional staggering fact is that if current trends continue, it is projected that 8.5 trillion dollars will be transferred to families in developing countries over the 15-year life of the 2030 Agenda for Sustainable Development.

”By then, it is estimated that over 2 trillion dollars (on average 25 per cent of remittances received) will have been saved or invested. If leveraged effectively, remittances can have an unprecedented multiplier effect on sustainable development,” said Houngb.

Remittances from international migrant workers to their families are expected to rise to over 550 billion dollars in 2019, up some 20 billion from 529 billion in 2018.

Here are 5 facts provided, among others, by the UN about the transformative power of these often small – yet major – contributions to sustainable development worldwide:

On average, migrant workers send between 200 and 300 dollars home every one or two months. Contrary maybe to popular belief, this represents only 15 per cent of what they earn: the rest –85 per cent – stays in the countries where they actually earn the money, and is re-ingested into the local economy, or saved.

These international money transfers tend to be costly: on average, globally, currency conversions and fees amount to 7 per cent of the total amounts sent.

Although the money sent represents only 15 per cent of the money earned by migrants in the host countries, it is often a major part of a household’s total income in the countries of origin and, as such, represents a lifeline for millions of families.

In fact, it is estimated that three quarters of remittances are used to cover essential things: put food on the table and cover medical expenses, school fees or housing expenses. In addition, in times of crises, migrant workers tend to send more money home to cover loss of crops or family emergencies.

The rest, about 25 per cent of remittances – representing over 100 billion dollars per year – can be either saved or invested in asset building or activities that generate income, jobs and transform economies, in particular in rural areas.

Around half of global remittances go to rural areas, where three quarters of the world’s poor and food insecure live. It is estimated that globally, the accumulated flows to rural areas over the next five years will reach $1 trillion.

Why do migrants migrate

Having said that, a harsh question arises: why all these millions and millions of human beings have been forced to abandon their homes and families to fall prey to smugglers, deadly voyages, separation of their children, detention, torture, forced repatriation, etcetera?

Let alone being victims of human traffickers who buy and sell them as just human flesh merchandise to feed the business of prostitution, child recruitment as soldiers, slave-labourers and even for trading their organs?

Three chief reasons lay behind most of the migrants need to flee:

Just know that a whole continent like Africa, which is home to around 1,2 billion human beings, has contributed only 4 per cent to greenhouse gas emissions, while bearing the brunt of more than 80 per cent of its dramatic consequences.

These three main reasons lay behind the forced migration of so many millions of human beings, should suffice to explain why the number of people fleeing exploitation, wars and climate change-driven disasters, need to search for other places to feel safer or simply just survive, while working hard to help their families also survive.

NOTE: This article is a follow up to previous two reports of the same author, both published in Human Wrongs Watch: The Most Expensive 529 Billion Dollars, which details the huge human and economic cost of migrants remittances, and The Hellish Cycle focusing specifically on the case of Southeast Asia migrants.

Baher Kamal is Director and Editor of Human Wrongs Watch