The Implacable Desertification of Planet Earth 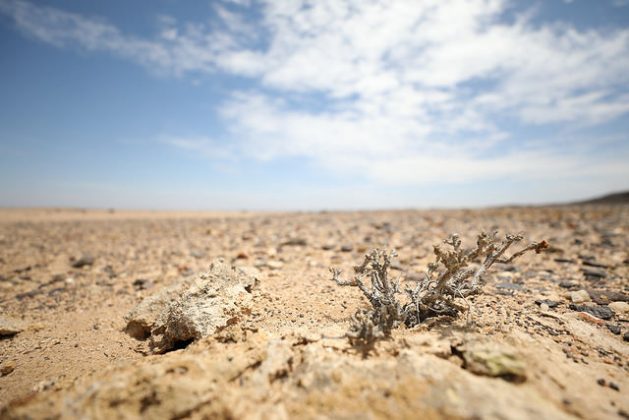 Desertification does not refer to the expansion of deserts, but rather the degradation of land in arid, semi-arid and dry sub-humid areas, primarily as a result of human activities and climatic variations. Credit: Campbell Easton/IPS

MADRID, Jun 17 2019 (IPS) - Yet another under-reported human-made disaster: the relentless desertification of Planet Earth that may make uninhabitable some regions like the Middle East, endanger food security, aggravate climate crisis, and force more and more millions of people to flee.

But before listing the main causes and consequences of this mounting threat, you should know that, according to the UN, desertification does not refer to the expansion of deserts, but rather the degradation of land in arid, semi-arid and dry sub-humid areas, primarily as a result of human activities and climatic variations.

Now, alerting against such a disaster, specialised world bodies, like the UN, have just reported on the occasion of the 17 June 2019 World Day to Combat Desertification and Drought, that as much as 24 billion tons of fertile land are lost… every single year.

Moreover, degradation in land quality is responsible for a reduction in the national domestic product of up to eight per cent… also every single year.

By 2025, 1.8 billion people will experience absolute water scarcity, and two thirds of the world will be living under water-stressed conditions – when demand outstrips supply during certain periods

Among other consequences, desertification, land degradation, and drought will increase forced migrations, and worsen the growing climate crisis.

The World Day, which raises awareness of international efforts to combat desertification, was established 25 years ago, along with the UN Convention to Combat Desertification (UNCCD), the sole legally binding international agreement linking environment and development to sustainable land management, the UN explains.

Running under the slogan “Let’s Grow the Future Together”, the 2019 World Day focuses on the following three key issues as reported by the UNCCD in relation to land: drought, human security and climate. Las Canoas Lake in the town of Tipitapa, near Managua. Credit: Guillermo Flores/IPS

‘It isn’t just about sand’

“It’s about restoring and protecting the fragile layer of land which only covers a third of the Earth, but which can either alleviate or accelerate the double-edged crisis facing our biodiversity and our climate.”

Thiaw also explained that “poor land management has degraded an area twice the size of China and shaped a farming sector that contributes nearly a quarter of all greenhouse gases.”

And added that there are even more stories about how half the people on the planet are affected by that damaged land or live in urban areas, consuming resources that require 200 times as much land as their towns and cities and generating 70 per cent of emissions.

“If we take action to restore our degraded land, it will save 1.3 billion dollars… a day to invest in the education, equality and clean energy that can reduce poverty, conflict and environmental migration.”

Shall decision-makers seriously listen and act? Or shall they instead feign deafness as they have been too often doing?