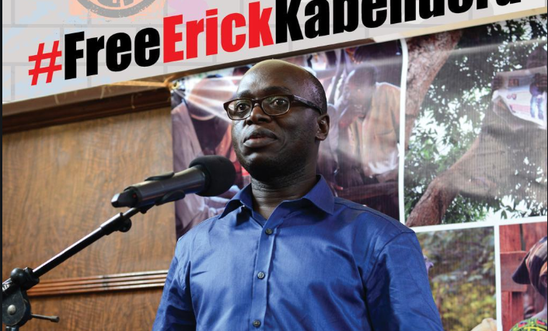 NAIROBI, Jul 31 2019 (IPS) - The Committee to Protect Journalists today called on Tanzanian authorities to immediately release freelance journalist Erick Kabendera, whom police said is being investigated over his citizenship status.

Dar es Salaam police chief Lazaro Mambosasa said at a press conference today that Kabendera was in custody and that police arrested him after the journalist failed to obey a summons. Mambosasa said that Kabendera was being questioned about his citizenship and that police were working with immigration officials. Police yesterday denied knowledge of Kabendera’s case after the journalist was taken from his home by a group of men who refused to identify themselves, according to reports and CPJ research.

The relative said that no summons was issued and told CPJ they believe the arrest is in retaliation for Kabendera’s journalism, which has been unflinching in its assessment of President John Magufuli’s government.

“This rehashing of discredited claims about Erick Kabendera’s citizenship appear to be nothing more than a ploy by the Tanzanian authorities to justify their actions after public outcry over the manner in which the journalist was detained,” said CPJ Sub-Saharan Africa Representative Muthoki Mumo. “Kabendera should be released immediately and this sham of an investigation terminated. Tanzanian authorities must stop harassing their critics.”

At the press conference this afternoon, Mambosasa said that Kabendera was being held at Central police station in Dar es Salaam. When family, colleagues, and lawyers tried to visit the journalist this evening, they were told he was not at the station and that they could not see him until tomorrow, Jones Sendodo, a lawyer affiliated with the Tanzania Human Rights Defenders Coalition and who went to the station, told CPJ. The coalition today filed a bail application that will be heard on August 1, according to Watetezi TV, which is associated with the coalition.

Kabendera has reported for several regional and international publications, including the British newspaper The Guardian and the website African Arguments. His most recent reporting in the regional weekly The East African covered alleged divisions in Tanzania’s ruling party, Chama Cha Mapinduzi, amid alleged plots within the party to block Magufuli from running for a second term.

Press freedom has drastically deteriorated in Magufuli’s Tanzania. CPJ has documented the use of suspensions, restrictive legislation, and intimidation to muzzle journalists. The freelance journalist Azory Gwanda went missing in 2017 and the government has yet to provide a credible accounting of his whereabouts. When asked about Gwanda today, Mambosasa told journalists that he could not provide details because it was necessary to keep investigations “secret” to protect evidence before it was brought to a court.