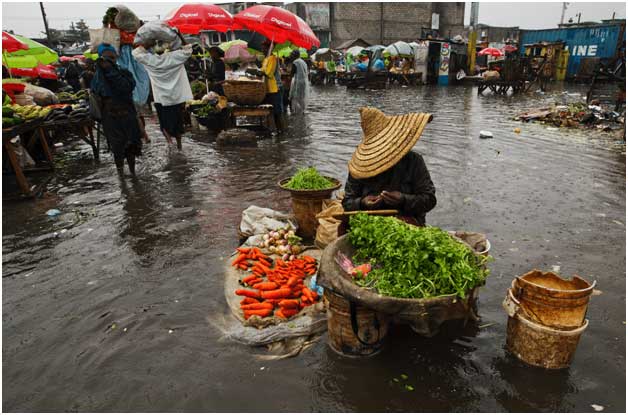 UNITED NATIONS, Aug 9 2019 (IPS) - There are several initiatives in place to foster sustainable development– and the Global Geodetic Reference governance frame is one that has proved effective.

“Global warming is the defining issue of our time,” Anne Gueguen, Deputy Permanent Representative of France to the United Nations said at a panel discussion August 6 organized by the UN-GGIM and the Subcommittee on Geodesy.

“We are in a race against time for the survival of human life on the planet as we know it, and that this global challenge can only be met by universal global efforts.”

Since its inception, the UN-GGIM has recognized the growing demand for more precise positioning services, the economic importance of a global geodetic reference frame and the need to improve the global cooperation within geodesy, according to its website.

On 26 February 2015, the UN General Assembly adopted a resolution on Global Geodetic Reference Frame for Sustainable Development that was led by the Republic of Fiji.

The Global Geodetic Reference Frame (GGRF) is a generic term describing the framework which allows users to precisely determine and express locations on the Earth, as well as to quantify changes of the Earth in space and time

Data from the National Aeronautics and Space Administration (NASA) Gravity Recovery and Climate revealed that Greenland alone lost an average of 286 billion tons of ice per year between the years 1993 and 2016, while Antarctica lost about 127 billion tons of ice per year during the same time frame, and that the rate of Antarctica ice mass loss has tripled in the last decade.

The Geodetic framework seeks to support the increasing demand for positioning, navigation, timing, mapping, and geoscience applications, and thus is an irreplaceable asset for reliable information on changes on Earth such as natural disaster management, rising sea levels, climate change, and information for decision-makers.

The UN- GGIM hopes to establish a Global Geodetic Centre of Excellence as well, in order to support the frame and cites that it will “act as a GGRF operational hub” that will support the objectives of the UN- GGIM – to enhance global cooperation, provide technical assistance and capacity building.

However, there are challenges surrounding the framework itself, such as degradation, a lack of open data sharing, and halted development and maintenance due to a lack of global coordination.

“It means that data is not shared,” Altamimi noted, concluding “we need to share data in order to maintain the global geodetic framework.”

“Global geodesy lacks global coordination.” Laila Løvhøiden, Deputy Director at Kartverket added. To tackle this, the UN GGIM and Subcommittee has proposed solutions, including a revised position paper and the Geodetic Centre.

“The Global Geodetic Centre of Excellence would provide the coordinating role that is key to creating synergy,” Francisco Javier Medina Parra, Director of the Geodetic Framework at National Institute of Statistics and Geography (INEGI) added.

People at home can also help sustain the framework. “There’s also a need for the broader community to communicate to policymakers and the political class how much we actually rely on these things in our day to day lives,”

Gary Johnston, Co- Chair of the UN- GGIM Subcommittee on Geodesy told IPS, that no one country can do this alone, and that we need all countries and member states to contribute “in any way that they can, and concluded that everyone has a role and everyone can benefit from it.”