Members of the Samburu tribe in Kenya. Samburu women pastoralists are affected by climate change.

NAIROBI, Aug 14 2019 (IPS) - For many people, climate change is about shrinking glaciers, rising sea levels, longer and more intense heatwaves, and other extreme and unpredictable weather patterns.  But for women pastoralists—livestock farmers in the semi-arid lands of Kenya—climate change has forced drastic changes to everyday life, including long and sometimes treacherous journeys to get water.

Faced with an increasingly dry climate, women pastoralists now must spend much more time searching for water. That takes time away from productive economic activities, reinforcing the cycle of poverty.

Leina established the Il’Laramatak Community Concerns organisation in 2011, because women pastoralists have inadequate land rights, are excluded from community leadership and are often not involved in decision making, despite the responsibilities they shoulder.

This year, Leina was invited to the Commission on the Status of Women at UN headquarters in New York, an opportunity she used to promote the rights of the Maasai, seminomadic pastoralists of the Nilotic ethnic group in parts of northern, central and southern Kenya.

Climate change has made their situation worse, she says.

She says it used to take her about 30 minutes to fetch 20 litres of water from a river not far from her mother’s home, which was hardly enough to wash clothes and utensils and take a bath. That was until the river started receding.

The time she spent fetching water increased to “one hour, then two hours because, of course, there was no water and so many of us lined up for the little that was available. Then suddenly it completely dried up.”

Now, she says, “You have to travel to another river, which is like one hour’s walk, to fetch water.”

As a result, many girls between ages 14 and 16 run the risk of being attacked by wild animals or becoming victims of sexual assault while searching for water. They have no time to do their homework and, for fear of being punished, they miss school, she explains.

Other girls, discouraged by these realities, “settle for a man in town who has water and then marry him,”  Leina admits with regret. 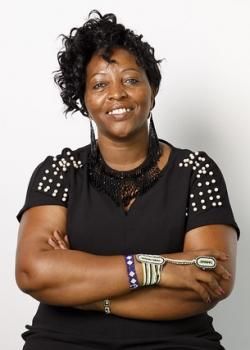 Climate change also increases the pressure for child marriages. In pastoralist communities, livestock is a status symbol. Losing cattle because the land is too arid for them to survive may compel a father to offer his young daughter’s hand in marriage in exchange for more cows as a bride price.

Africa is highly vulnerable to climate change. The UN Environment (UNE) projects that some countries’ yields from rain-fed agriculture will have been reduced by half by next year. Countries hard hit by land degradation and desertification include Burkina Faso, Mali and Niger.

“Most African women depend on rain-fed livelihood systems like farming and livestock keeping. Therefore, any shift in climate patterns has a significant impact on women, especially those living in rural areas,” concurs Fatmata Sessay, UN Women regional policy advisor on climate-smart agriculture for East and Southern Africa Region. UN Women’s mandate is to advance gender equality and women’s empowerment.

Globally, nearly 200 million nomadic pastoralists make their livelihoods in remote and harsh environments where conventional farming is limited or not possible, according to the International Fund for Agricultural Development (IFAD).

Glo.be, the online magazine of the Belgian Federal Public Service’s international development aid programme, reports that Kenyan pastoralists are responsible for up to 90% of the meat produced in East Africa. Kenya’s livestock sector contributes 12% to the country’s gross domestic product, according to the World Bank.

Therefore, a changing climate has serious implications for the country’s economy.

In 2014, Kenya’s Ministry of Agriculture, Livestock and Fisheries, with support from the International Livestock Research Institute and the World Bank, began a livestock insurance programme for vulnerable pastoralists. That programme has provided some relief to women pastoralists.

Technology to the rescue

UN Women is also mobilizing efforts to secure land tenure for women. It is working with the Standard Bank of Africa to help African women overcome barriers in the agriculture sector such as providing access to credit.

Technology is key to saving the water that disappears after a torrential rainfall, says Leina. Windmill technology, for instance, could allow women to access water 300 feet underground. The snag, she explains, is that it’s priced out of the reach of women pastoralists. She hopes authorities can help.

Houses in some rural areas of Kenya have thatched roofs that cannot channel water to household water tanks in the way that zinc rooftops can. Commercial water trucks can fill up household tanks for a fee of up to $60 per tank, but most rural households cannot afford that much.

The situation for women pastoralists is grim, which is why Leina hopes raising awareness of how climate change is threatening their livelihoods may get increased attention—and support—of the Kenyan government and its international partners.