GENEVA, Sep 5 2019 (IPS) - Following the 11 September 2001 terrorist attacks on American soil, the United States and their allies went to Afghanistan to “smoke out” Osama bin Laden and his Taliban protectors. The most fundamental primary mistake was to let all terrorists flee to Pakistan instead of sealing the border and capturing their main figures.

Furthermore, the foundation of the new political make-up of the country was built with “wrong stones”. The power-sharing government agreed upon in Bonn on 5 December 2001 under the auspices of the United Nations with strong backing of the United States did not consider historic hurdles of the past and lacked vision for the future.

Whoever the United States liked was given parts and parcels of the power. Deployment of troops and erection of multiple military bases in major corners and cities of the country were impressive. The peoples of Afghanistan, nevertheless hoped earnestly for a better future, embraced the presence of foreign troops and establishment of the transitional power.

The third significant error consisted of bringing Hamid Karzai, the man of their choice, who had no credibility or required knowledge and experience, to the realm of power. Some years back, the Soviet Union had propelled Babrak Karmal under similar circumstances with devastating effects that ended in their military and political defeat.

Karzai thought Afghanistan was still a feudal country and surrounded himself with kin and “loyalists”. He governed through chieftains, poured money into their pockets and awarded undeserved titles.

The fourth main mistake of the United States was to avoid nation building efforts. Centuries of discrimination against some ethnic groups, the bloody civil war between 1992 and 1996 as well as five years of the horrendous Taliban regime had never allowed the populations of the country to feel as a nation. 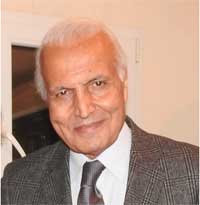 It was a golden opportunity to finally bring positive forces together for the benefit of the country. But, the occasion was horribly missed; George W. Bush made it clear that the International Community had not come to Afghanistan for nation building.

In addition to the aforementioned political and military howlers, the United States made some fundamental cultural mistakes that demonstrated their amateurish knowledge of Afghanistan. Violation of private premises was the most serious offense.

Certain of their military might, foreign troops brook into the houses without notice in “search of terrorists”, ignoring the basic courtesy rule of asking the head of the family for permission, something that they would have been granted with pleasure.

The reaction was instantaneous, summarized in total rejection of the methodology. Lack of respect for women in rural Afghanistan was another unforgiveable mistake. Afghans are definitely poor, but extremely rich in their pride. Search of women by male soldiers and tiding hands with plastic rope before even interrogating an individual should have never happened, had essential briefings been provided to the troops.

The United States and their allies, including the multilateral branch of the International Community, also failed to fulfill the essence of United Nations Security Council Resolutions 1378, 1383 and 1386 of the year 2001 and 1390 of 2002. Afghanistan was supposed to be an example of safety, democracy, rule of law and equal opportunity for all citizens. This was short lived.

A government that was composed of corrupt, inept and inefficient individuals was entertained. Abuse of democratic principles, “selection” of parliament chiefs, systematic violation of law by its “guardians”, rampant fraud and embezzlement of public and international aid money by the government wolves as well as their allies and family members, nepotism and tribalism gangrened quickly the apparatus of a state that should have been exemplary.

The International Community on their part opted for the policy of “dumb, deaf and blind”, contributing further to the “endorsement” of venalities. Ethnic biased both at central and provincial levels composed the essence of governmental actions at all layers.

Ineptness became the trade mark of a team that was totally supported, funded and kept in power by the International Community. Soon, people were frustrated to see billions of US dollars allocated for their welfare and reconstruction of their country wasted, embezzled and misused by the bigwig of the regime and some foreign companies.

Aware of people’s disdain, the Taliban regrouped. Encouraged, trained and armed by Pakistan, they begun to enter Afghanistan to terrorize the population and security forces. Less than a year after they were supposed to be smoked out, the Taliban and their terrorist associates were back in Afghanistan while the leader of Al-Qaeda was left “scot free” in Pakistan!

President Karzai’s election in 2005 did not pose a problem However, his second term “election” that coincided with the last months of Georg Bush’s presidency was marred with massive fraud to the extent that his challenger, Dr. Abdullah Abdullah had to withdraw from the second round, leaving most observers to believe that the United States had obviously taken side in Afghanistan.

The arrival of President Barak Obama into the White House had a positive effect. He effectively put pressure on Karzai to curb corruption and nepotism, oblige government legislative, judiciary and administrative leaders to abide by the rule of law and endeavor to bring Afghan fragmented communities together.

Under such circumstances, the erratic leader of Afghanistan, the man who used to thank the United States and George Bush exaggeratedly in his public appearances, turned into a “patriot” blaming America for his own wrong doings. Nevertheless, the killing of Osama bin Laden in May 2011 in Pakistan provided some basis for optimism about security in the country.

But unhappiness of the population at large and corrupt government officials allowed the Taliban to make further progress, capture districts, hit the hearts of Kabul and other major cities, attack foreign troops and commit mass murders and genocide in the country. The 2014 presidential election was another shameful blunder to democracy and rule of law.

It was marred by scandalous rigging. Ashraf Ghani was propelled to the second round to face Dr. Abdullah Abdullah. After months of delay in announcing the final results, the United States had no other choice but to opt for temporary freeze of the constitutional requirements, a political agreement between the two contenders and formation of a government of national unity. It was a mockery of democratic principles.

Ghani caused further fragmentation of the society, did not curb corruption and nepotism and further exacerbated the population. The “second most intelligent brain” proved to be a mediocre politician and low-level manager who survived by instigating tribalism and giving empty promises to the people.

America’s effort to sign a “peace deal” with the Taliban, one of the most violent terrorist groups signifies their failure in Afghanistan with dramatic consequences on the lives of each one of us. It gives tremendous strength to other such organizations in Asia, Africa and elsewhere to “dream” about their success and will render them more determined and virulent.

This deal will not bring peace and security in Afghanistan, but further fragment the society leading to another prolonged war against terrorism!