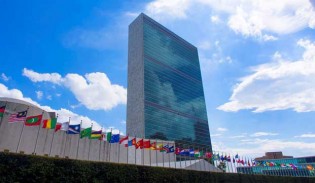 How to Achieve Peace in Afghanistan

By Saber Azam
There is much expectation about US President Joe Biden's Afghanistan strategy to end the United States' longest war effectively. So far, he continues to rely on Ambassador Zalmai Khalilzad, the Special Envoy for Afghanistan, appointed by Mr. Trump.

The Afghan Dilemma for the Biden/Harris Administration

By Saber Azam
President Biden and his administration confront a very challenging situation within the United States and abroad. His predecessor, Mr. Trump, refused to accept the defeat or extend any cooperation to the incoming team.

By Saber Azam
The US detains essential keys to the political and economic stability of the planet. The last four years have been challenging for Americans, their allies, and the rest of the world.

By Saber Azam
The fourth and last presidential election in Afghanistan on 28 September 2019 was yet another setback to the democratic process. Not only did it take months for the Independent Election Commission to announce the results but they were again marred by allegations of massive fraud that culminated with two candidates declaring themselves as winners.

By Saber Azam
Following the 11 September 2001 terrorist attacks on American soil, the United States and their allies went to Afghanistan to “smoke out” Osama bin Laden and his Taliban protectors. The most fundamental primary mistake was to let all terrorists flee to Pakistan instead of sealing the border and capturing their main figures.
ADVERTISEMENT ADVERTISEMENT