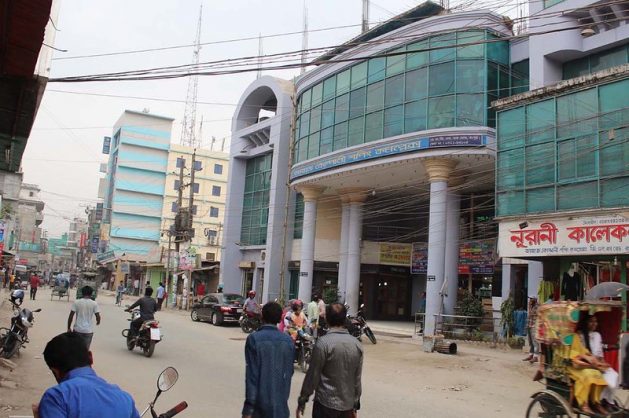 The International Organisation for Migration says that in Bangladesh victims of human trafficking are either abducted or lured with promises of a better life. Credit: Rafiqul Islam Sarker/IPS

DHAKA, Oct 17 2019 (IPS) - After his father passed away two years ago, the burden of caring for a six-member family rested on the shoulders of the now 19-year-old Farhad Hossain. He had no clue how he would support his family and pay for the education of his four younger siblings.

Capitalising on Hossain’s plight, a neighbour offered him a “promising job” abroad in Iraq.

Hossain, a resident from Kishoreganj district, Bangladesh, believed that going abroad was the only way for him to earn enough money to advance in life. So, he sold a piece of land and gave Taka 300,000 ($ 3,750) to the neighbour.

“Few days later, I, along with some 14 Bangladeshis, were flown to Iraq. And when we reached Baghdad airport, two Bangladeshis received us and took us to a den in the desert,” Hossain told IPS over phone from Iraq.

The next day, he said, a gang of human traffickers, including Bangladeshis and Iraqi nationals, detained them in a house and started beating them, seeking a ransom. “We were forced to call to our family members via phone informing to give them the ransom money otherwise they would kill us,” Hossain said.

“But, my family’s [financial] circumstances was not so good [and they couldn’t afford] to pay the money the traffickers demanded. They did not give us food and even water regularly. They beat us three times in a day. I suffered such torture for six months. And when my mother sent the traffickers another amount of Taka 200,000 ($ 2,500), they released me. But many remained detained there,” he said.

Upon release Hossain was able to find work at a petrol station near Baghdad. He earns Taka 25,000 or $315 a month now and sends some of this home to his family.

Zahid, who works as a bellhop in Dhaka, has a similar story of trafficking. Last year, one of his relatives convinced him to go to Malaysia, where he was promised a job and told that he didn’t have to pay large sums to migrate. So Zahid, a resident of Dhaka’s Gopalganj district, paid the relative Taka 50,000 (about $ 625) so he could leave the country via irregular means.

Zahid and about 100 people, mostly youth, embarked from Cox’s Bazar, the location of the Rohingya refugee camp in Bangladesh. They were to travel a treacherous journey by boat to Indonesia and then on to Malaysia.

After a few days, they reached the shores of Indonesia. Zahid told IPS that instead of travelling onwards to Malaysia, they were kidnapped and taken to a jungle where the traffickers demanded a ransom, threatening to kill them if their families did not pay up. They were frequently beaten by traffickers, Zahid said.

More than a month passed before local law enforcement agencies rescued them and deported them to Bangladesh.

“The damage has already done. My husband returned home. That is why we are not interested to talk about the issue any more,” Zahid’s wife told IPS, wishing not to be identified as they both still remain fearful.

“Due to unemployment problems and economic inequality existing in the country, a trafficked person doesn’t take much time to calculate their future financial gains and swallow the offer of the traffickers. The victims are either abducted or lured with promises of a better life by providing a lucrative job or marriage offers and false proposals to visit holy places. It is critical for all stakeholders to join hands and work together to combat human trafficking,” Sharon Dimanche, Deputy Chief of Mission for the International Organisation for Migration, Bangladesh, said in a recent statement.

Human trafficking is illegal in Bangladesh.

The 2012 Prevention and Suppression of Human Trafficking Act criminalises sex and labour trafficking, prescribing penalties of five years to life imprisonment and a fine of not less than Taka 50,000 ($ 610).

But Shariful Islam Hasan, head of BRAC Migration Programme, told IPS, “The accused do not get punishment in most of the trafficking cases.”

The figures confirm this. Only around 4,446 trafficking cases have been filed under the Act since 2012. Out of an approximate 4,758 arrests there have been only 29 convictions, according to the Human Trafficking Cell of the Bangladesh Police.

“Trafficking is a transnational crime. The existing laws are good enough to prevent trafficking. But we need to implement the laws strictly to bring the traffickers under custody. And, raising awareness is the key issue where we should give intensive emphasis,” Dr Nakib Muhammad Nasrullah, a professor of Law, University of Dhaka, told a recent function observing the World Day Against Trafficking in Persons 2019.

However, officials say that the Bangladesh government has taken various initiatives to counter-trafficking like formulating policies, strengthening task forces, and the formulation of various committees such as:

Recently, United Nations agencies in Bangladesh established a national migration network to ensure coordinated U.N. country-wide support to the Bangladesh government in implementing the Global Compact on Migration and other relevant policies.

“People desperately want to go abroad seeking jobs. That is why sometimes they go abroad through illegal channels and become victims of human trafficking. But, the law enforcing agencies here are working sincerely to prevent trafficking incidents,” Alamgir Hossain, additional superintendent of police and spokesman of the Armed Police Battalion, told IPS over phone