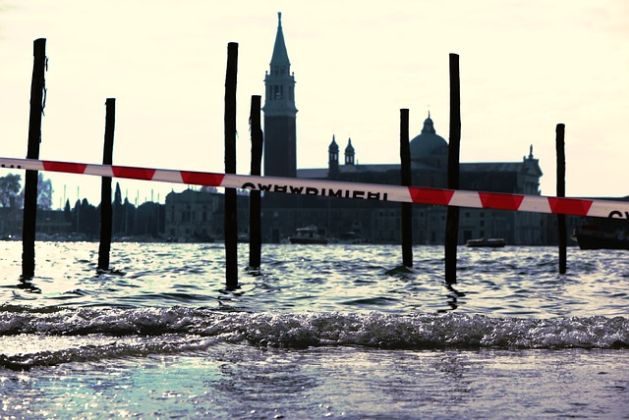 Image by Paula Kaspar from Pixabay

ILLINOIS, United States, Nov 28 2019 (IPS) - Recently, Italy declared a State of Emergency because of record-breaking flooding while on 11 November, it did not rain anywhere on the continent of Australia, also breaking a record.

Meanwhile, as all the new record-breaking events, it is hard not to pause for a moment and wonder about the next record-breaking event and how many more we will see as climate change grows to be a bigger and bigger problem. What would it be? Where? When?  Who would be most impacted?

It is also clear that both wealthy and developing countries as well as the rich and poor are at risk, though the poor see a disproportionate impact on their daily lives. Collectively, humanity is at risk

One thing that is clear is that the impact of climate change has no boundaries. Every one of us regardless of the geographical region in which we live is prone to be impacted by climate change. It is also clear that both wealthy and developing countries as well as the rich and poor are at risk, though the poor see a disproportionate impact on their daily lives. Collectively, humanity is at risk.

What struck me most with the Italy record-breaking event is the areas and sectors affected most—tourism, museums and many other historically important and world famous monuments.  Impacted too by this event was Venice’s regional council building.

This departure from the traditional impact of climate change begs for the need to think outside the box and broaden our take on the impact climate change will have now and, in the years, to come. It also begs that we prepare, and act with a sense of urgency to mitigate climate change in order to prevent other catastrophic outcomes.

How then do we facilitate this thinking out of the box about climate change? How do we ensure that collectively, humanity understands that the impacts of climate change are borderless?  How best do we prepare for this new normal?

As a scientist, I know well that science has some of the answers.

We can turn to the power of predictive data to help determine where possible extreme events linked to a changing climate, such as flooding, excessive heating and droughts, would happen.  Sophisticated algorithms and statistical techniques such as machine learning, artificial intelligence and predictive modelling come into play to analyze data related to rainfall patterns, land temperature and other factors.

Data can then be used to send early warning about upcoming climate change-related events. By providing timely information based on predictive data, we can reduce risks and better prepare for effective response and early interventions.

One of the areas where predictive data is used is in predicting hurricanes. With data collected from various satellites including National Aeronautics and Space Administration satellites, the National Hurricane Center, part of the National Oceanic and Atmospheric Administration National Weather service is able to forecast hurricanes. Once forecasted, the agency issues warning and public advisories.  As a result, early actions are taken.

Of course, the use of predictive data is not a silver bullet. We must continue other urgent measures including broadening the framing around climate change discussions so that everyone understands what is at stake when we choose not to care. This includes nurturing all the voices that are speaking out and calling for the need to act with urgency.

As such, the work by OpEd Project and the Aspen Institute New Voices program, that groom experts from developing countries so that they can contribute their thoughts in global discussions about climate change and other emerging challenges must be lauded. Such programs should continue.

Clearly, 2019, marks the beginnings of new normal. As such we must strive to think outside the box as we continue reaching out to everyday citizens from every part of the world with the message that everyone — regardless of their geographical location, their wealth and class, and stance on climate change –stands to be affected. We must act with urgency.