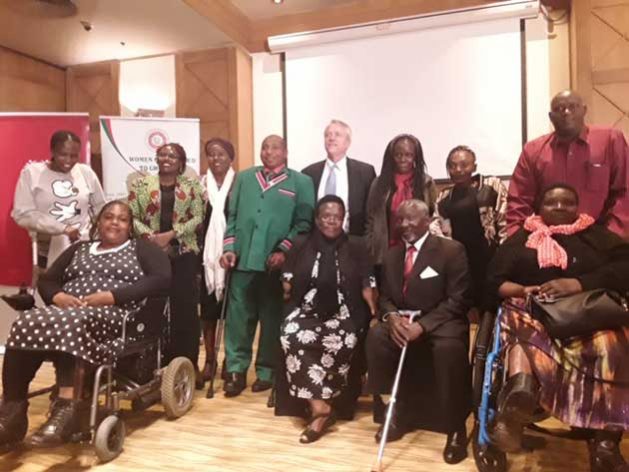 NAIROBI, Kenya, Nov 13 2019 (IPS) - One in five women globally lives with a disability even as they have same needs and interests as women without disabilities, their access to sexual and reproductive health services and rights remains severely limited.

Delegates representing people living with disabilities at the ICPD25 Conference painted a grim picture of barriers and challenges they face.

“We are perceived to be asexual and therefore offering us reproductive health information is considered wasteful,” says Josephta Mukobe, principal secretary of the Kenya’s Ministry of Culture and Sports.

Mukobe says motherhood for them is taboo, and that a pregnant woman with a disability is a phenomenon to be pitied, even ridiculed by society.

“We cannot enjoy pregnancy because people look at us and wonder what poor beast this is with a disability. They are even shocked that you even have sexual organs,” she expounds, and adds: “We desire love and active and healthy sexual life to raise a family.”

Under international law and multilateral agreements, governments have a responsibility to ensure equal respect, protection and access to sexual and reproductive health, as well as rights for people with disabilities. But this is policy – and a long way to practice.

Veronica Njuhi, chairperson of Women Challenged to Challenge, a movement that ensures women with disability develop a capacity to overcome barriers and discrimination, speaks of how she was continually excluded from training on HIV/Aids.

According to the Population and Reference Bureau, the ratio of people living with disabilities accounts for one in seven globally. Critically, 80 percent of them are living in developing countries where sexual and reproductive health and rights interventions are not only limited, but are most wanted. 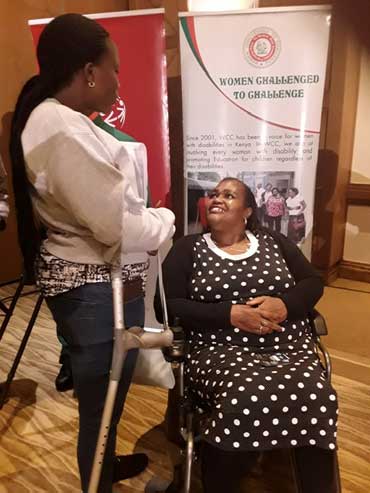 Raising awareness and strengthening protection for the rights of the one billion people with disability around the world has never been more urgent.

“When people with a disability overcome barriers, it is a representation of what is possible. The world is about all of us, no one should be left behind,” says Jeffrey Jordan, president of the Population Reference Bureau (PRB), told IPS.

Jordan argues that the ICPD25 commitment cannot be achieved when one in seven people in the world are left out of deliberations.

Reaching out to the most vulnerable

“As we strengthen sexual and reproductive health and rights globally, it is crucial that we reach out to the most vulnerable communities,” he says.

Given that they are the least likely to be educated about their sexual and reproductive health and rights, people with a disability are predisposed to greater risk of exploitation, unplanned pregnancy, and sexually transmitted infections.

“Sex is a private issue which we would also like to explore in private. This is not always possible because if we do not speak out, we will continue to be ignored,” Mukobe says.

She says that interventions must be tailored to suit their special needs, and that they need to be informed on what does not work for them. “A female condom cannot be used among those of us whose legs are crooked. A blind person cannot read without using braille to figure out if a male condom has expired because expiry dates are not written on the condoms,” she adds.

For women with a hearing impairment, the scenario is dire. When seeking health services, they often need to be accompanied by a person who understands sign language. Njuhi says this person is not always available.

“We are pushing for change and now public hospitals in Kenya have at least one person who can understand sign language,” she says.

“A person who is not deaf can easily be treated for a sexually transmitted infection in private. But those who are deaf are humiliated and shamed because they need someone who understands sign language,” Mukobe explains.

Njuhi further reveals that because of existing communication barriers, women with a hearing impairment have for a long time received the injectable even when it was not their primary or preferred contraceptive option.

“The health providers who did not want to struggle explaining various methods, their benefits and side effects, have found the injectable easy to administer. A woman will just be told to return after three months for their follow up dose,” Njuhi reveals.

We will not be silenced

Njuhi further notes the attitude that most health providers have towards pregnant women with disability has contributed to many of them delivering at home without a skilled attendant.

“Just because a woman with disability is pregnant does not mean she was raped. She deserves all the services that will help her travel the safe motherhood route without judgement,” Njuhi advises.

Mukobe decries the state of many health facilities, particularly public sector hospitals, for being extremely unfriendly to those with a disability. She says that beds are often not adjustable, adding on to the list of the many barriers they have to overcome.

Against this backdrop, delegates from this vulnerable community like Njuhi have vowed to take their rightfully place at ICPD25 “because it is not a global conference without us.”