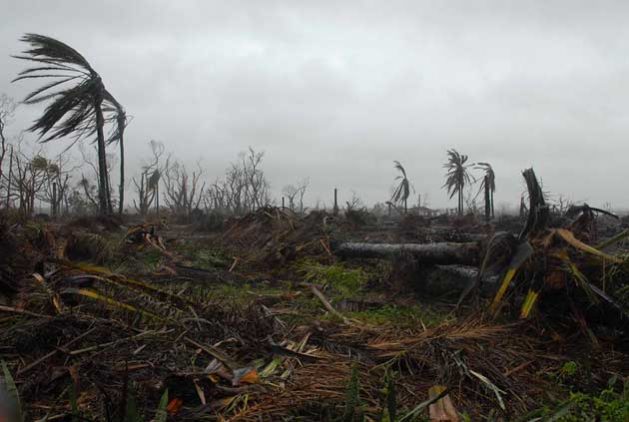 ROME, Dec 2 2019 (IPS) - Mass public pressure backed by the weight of scientific reports is starting to bring governments to their senses as the annual UN climate summit kicks off in Madrid today.

But despite warnings that the planet is reaching critical tipping points, the two weeks of talks with nearly 30,000 participants and dozens of heads of government attending may still end in that familiar sense of disappointment and an opportunity missed.

The annual Conference of the Parties, this year being COP25, was to have been a highly arcane if crucial process of finding agreement on carbon markets, known in the jargon as Article 6 of the ‘rulebook’ to implement the 2015 Paris Agreement on stopping the planet from overheating.

Highly contentious, and in part pitting developing countries like Brazil, China and India against others, the Article 6 debate could not be resolved at last year’s summit – COP24 in Katowice, Poland – nor at meetings in Bonn in June and hence was left for COP25 to try and fix. The other big elephant in the room – setting more ambitious national targets to reduce carbon emissions – was conveniently going to be left to be settled at next year’s COP26 in Glasgow, Scotland.

But action is needed now, and senior officials representing nearly 200 countries have been put on notice that the climate emergency in all its forms is dominating the public sphere across the world. Just last week we saw student-led demonstrations and strikes in many places that appropriately fell on Black Friday, delivering a broadside against rampant consumerism as well as government inaction.

“Striking is not a choice we relish; we do it because we see no other options,” youth leaders Greta Thunberg of Sweden, Luisa Neubauer of Germany and Angela Valenzuela of Chile declared in a joint statement.

“We have watched a string of United Nations climate conferences unfold. Countless negotiations have produced much-hyped but ultimately empty commitments from the world’s governments—the same governments that allow fossil fuel companies to drill for ever-more oil and gas, and burn away our futures for their profit.”

UN Secretary General António Guterres has told COP25 that “the point of no return is no longer over the horizon”.

“In the crucial 12 months ahead, it is essential that we secure more ambitious national commitments – particularly from the main emitters – to immediately start reducing greenhouse gas emissions at a pace consistent to reaching carbon neutrality by 2050. We simply have to stop digging and drilling and take advantage of the vast possibilities offered by renewable energy and nature-based solutions,” Guterres said.

Global greenhouse gas emissions in 2030 would have to be under 25 billion tonnes of carbon dioxide equivalent to reach that target but, at current rates of growth, emissions are projected to reach more than double that level. Clearly drastic action is needed.

Reinforcing the sense of emergency, the World Meteorological Organization reported that atmospheric concentrations of carbon dioxide and other greenhouse gases reached new record highs in 2018. China is the world’s largest emitter.

Spain stepped in to offer Madrid as a venue for COP25 after Chile withdrew as host because of mass anti-government unrest. However Chile is still leading the conference and together with Spain will be pushing countries to act quickly to raise the ambition of their carbon emission reduction targets. Spanish Prime Minister Pedro Sanchez says the goal is for “the largest number of countries” to commit to net zero emissions by 2050.

However the main negotiation process in Madrid is expected to focus on the unfinished business of the market-based mechanisms to create and manage new carbon markets under the Paris Agreement. This would allow countries and industries to earn credits for above-target emission reductions that can then be traded. Big developing countries have already accumulated huge amounts of carbon credits under the previous but now largely discredited carbon credit scheme. It is a highly complex tangle of interests.

Carbon Brief, a UK-based climate website, says the Article 6 debate has the potential to “make or break” implementation of the Paris Agreement which comes into force next year.

“To its proponents, Article 6 offers a path to significantly raising climate ambition or lowering costs, while engaging the private sector and spreading finance, technology and expertise into new areas. To its critics, it risks fatally undermining the ambition of the Paris Agreement at a time when there is clear evidence of the need to go further and faster to avoid the worst effects of climate change,” Carbon Brief explains.

While Article 6 is a highly technical area, the underlying issues are political, with some countries forming unofficial alliances to defend their own interests rather than the common good of the planet. But politicians have been put on notice that this time the world’s public is watching closely. Horse-trading cannot be allowed to put our futures at risk.