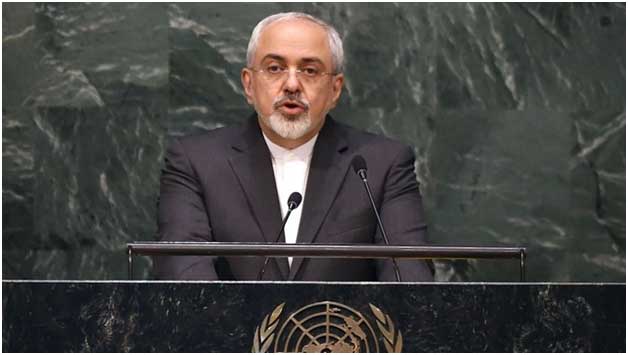 WASHINGTON DC, Jan 10 2020 (IPS) - Iran announced its fifth breach of the 2015 nuclear deal Jan. 5, stating that it “discards the last key component of its operational limitations” put in place by agreement.

In the Jan. 5 statement Iran said its nuclear program “no longer faces any operational restrictions,” however Foreign Minister Javad Zarif did say that Iran will still continue to “fully cooperate” with the International Atomic Energy Agency (IAEA).

Zarif’s statement implies that Tehran intends to abide by the additional monitoring and verification measures put in place by the nuclear deal, known as the Joint Comprehensive Plan of Action (JCPOA). Zarif also reiterated Iran was willing to return to compliance with the accord if its demands on sanctions relief are met.

The extent to which Iran’s breach increases the proliferation risk posed by the country’s nuclear program depends on what specific steps Tehran takes to act on the Jan. 5 announcement. The government’s statement did not provide details but mentioned that the cap on installed centrifuges was the only remaining limitation that Tehran has not breached.

Iran has continued to abide by those limits according to the most recent IAEA report in November, although it did resume uranium enrichment at Fordow in November in violation of the 15-year restriction on uranium activities at that site. Iran has also already breached the limits on the number of advanced centrifuges it is permitted to test.

Before the JCPOA, Iran had installed about 18,000 IR-1 centrifuges, of which about 10,200 were enriching uranium, and about 1,000 advanced IR-2 centrifuges, which were not operational.

Fordow housed about 2,700 of the IR-1 machines, of which 700 were enriching uranium. The remaining machines, including the IR-2s, were installed at Natanz. The JCPOA required Iran to dismantle excess machines and store them at Natanz under IAEA monitoring. 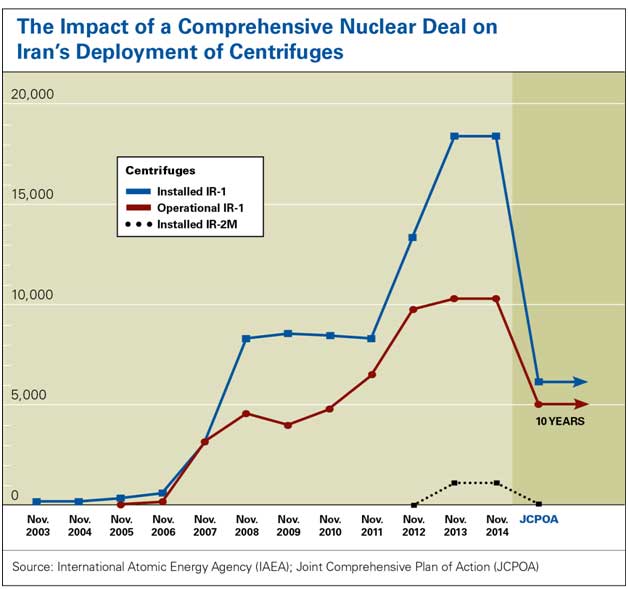 Iran’s statement that its nuclear program will now be guided by “technical needs” provides little insight into how many centrifuges Tehran may choose to install and operate. Iran has no need for enriched uranium at this time.

Its nuclear power reactor at Bushehr is fueled by Russia and the JCPOA ensures that Iran will have access to 20 percent enriched uranium fuel for its research reactor. The Trump administration has continued to waive sanctions allowing fuel transfers.

The ambiguity of the announcement gives Iran considerable latitude to calibrate its actions. Iran could choose to remain on its current trajectory by slowly installing additional IR-1 machines and enriching uranium to less than five percent.

Similar to Iran’s earlier steps, this will slowly and transparently erode the 12 month breakout time, or the time to produce enough nuclear material for one bomb, established by the JCPOA. The action would also be reversible, in line with Iran’s earlier violations, to keep open the option of returning to compliance with the accord.

Alternatively, if Iran wants to increase pressure more quickly, it could quickly install and begin operating its more advanced IR-2s and remaining IR-1s. There is also the possibility of further violating the provisions of the JCPOA that Tehran breached in 2019. Iran exceeded the limit on uranium enrichment to 3.67 percent uranium-235 in July by slightly increasing levels to 4.5 percent.

Resuming enrichment to 20 percent uranium-235, for example, could significantly shorten the breakout time. Iran enriched to the 20 percent level before negotiations on the JCPOA and officials have threatened to return to it.

While Iran’s breach of the deal came just two days after the U.S. drone strike that killed Iranian General and head of the Islamic Revolutionary Guard Corps Qassim Soleimani, Tehran’s Jan. 5 announcement was expected and not a response to Soleimani’s death.

Since Iran announced in May 2019 that it would respond to the U.S. violation and withdrawal from the JCPOA with its own breaches, Tehran has taken steps every 60 days to violate the accord.

Unlike past violations, Tehran did not specify that it will take another step to breach the deal in 60 days and referred to the announced action Jan. 5 as the “final remedial” breach. Iran still could take additional steps to further violate provisions put in place by the deal or reduce compliance with the JCPOA’s monitoring provisions.

The likelihood of further actions may increase if tensions continue to escalate after the death of Soleimani and Iran’s reprisal strike on bases housing U.S. troops in Iraq.