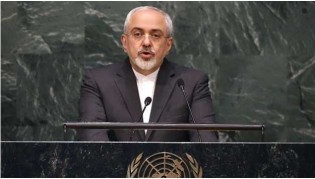 By Kelsey Davenport
Rhetoric escalated between the United States and Iran when U.S. President Donald Trump irresponsibly tweeted July 22 that Iranian President Hassan Rouhani must “NEVER EVER THREATEN THE UNITED STATES AGAIN” or else suffer consequences the likes of which “FEW HAVE EVER SUFFERED BEFORE.”

By Kelsey Davenport
UN Secretary-General Antonio Guterres said the nuclear deal with Iran is at a “crossroads” and expressed his deep regret over U.S. President Donald Trump’s decision to withdraw from the agreement and reimpose sanctions.
ADVERTISEMENT ADVERTISEMENT