Kelsey Davenport is director for nonproliferation policy at the Arms Control Association and Daryl G. Kimball is executive director 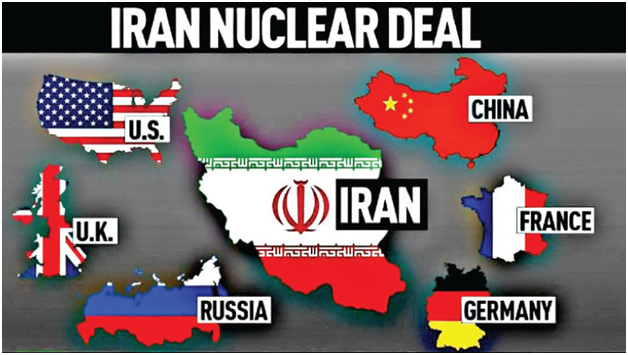 WASHINGTON DC, Jul 1 2019 (IPS) - Iran’s announcement that it may soon breach the 300-kilogram limit on low-enriched uranium set by the 2015 nuclear deal is an expected but troubling response to the Trump administration’s reckless and ill-conceived pressure campaign to kill the 2015 nuclear agreement, known as the Joint Comprehensive Plan of Action (JCPOA).

It is critical that President Donald Trump does not overreact to this breach and further escalate tensions. Any violation of the deal is a serious concern but, in and of itself, an increase in Iran’s low-enriched uranium stockpile above the 300-kilogram limit of 3.67 percent enriched uranium does not pose a near-term proliferation risk.

Iran would need to produce roughly 1,050 kilograms of uranium enriched at that level, further enrich it to weapons grade (greater than 90 percent uranium-235), and then weaponize it. Intrusive International Atomic Energy Agency (IAEA) inspections would provide early warning of any further moves by Iran to violate the deal.

Tehran is not racing toward the bomb but rather, Iran’s leaders are seeking leverage to counter the U.S. pressure campaign, which has systematically denied Iran any benefits of complying with the deal.

Despite Iran’s understandable frustration with the U.S. re-imposition of sanctions, it remains in Tehran’s interest to fully comply with the agreement’s limits and refrain from further actions that violate the accord.

If Iran follows through on its threat to resume higher levels of enrichment July 7, that would pose a more serious proliferation risk. Stockpiling uranium enriched to a higher level would shorten the time it would take Iran to produce enough nuclear material for a bomb–a timeline that currently stands at 12 months as a result of the nuclear deal’s restrictions.

The Trump administration’s failed Iran policy is on the brink of manufacturing a new nuclear crisis, but there is still a window to salvage the deal and deescalate tensions.

The Joint Commission, which is comprised of the parties to the deal (China, France, Germany, Russia, the United Kingdom, the European Union, and Iran) and oversees implementation of JCPOA, met on June 28. The meeting was a critical opportunity for the state parties to press Iran to fully comply with the nuclear deal and commit to redouble efforts to deliver on sanctions-relief obligations.

For its part, the White House needs to avoid steps that further escalate tensions with Iran. Trump must cease making vague military threats and refrain from taking actions such as revoking waivers for key nuclear cooperation projects that actually benefit U.S. nonproliferation priorities.

If Trump does not change course, he risks collapsing the nuclear deal and igniting a conflict in the region.