Plagues and People – The Coronavirus in a Historical Perspective 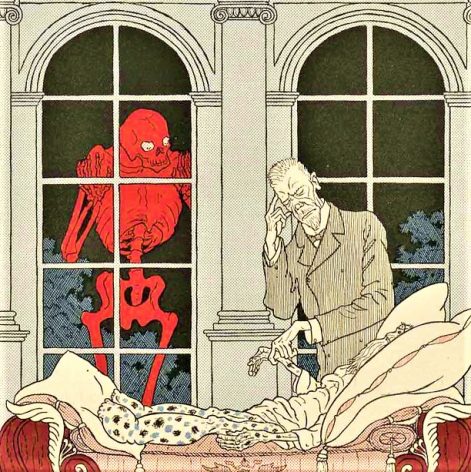 STOCKHOLM / ROME, Mar 19 2020 (IPS) - The human factor is intimately involved in the origin, spread, and mitigation of the Coronavirus and we cannot afford to ignore that our future existence depends on compassion and cooperation. Response matters!

Some quarantined Italians might recall Giovanni Boccaccio´s The Decameron from 1353 in which people escaping the plague are secluded in a villa where they tell stories to each other. Boccaccio introduced his collection of short stories with an eyewitness account of horrifying human suffering in Florence, which in 1348 was struck by a ”pestilence” that every day ”grew in strength” while it swept relentlessly on from one place to another. In the face of its onrush all the wisdom and ingenuity of man were unavailing. Large quantities of refuse were cleared out of the city by officials appointed for the purpose, all sick persons were forbidden entry, and numerous instructions were issued for safeguarding the people´s health, but all to no avail […] it seemed that all the advice of physicians and all the power of medicine were profitless and unavailing. Perhaps the nature of the illness was such that it allowed no remedy: or perhaps those people who were treating the illness […] being ignorant of its causes, were not prescribing the appropriate cure.1

Boccaccio describes the Black Death as a natural phenomenon and it was common to consider epidemic outbreaks as an inevitable scourge beyond human control. In the mid-1400s the Black Death killed between thirty and eighty percent of Europe’s population. It was not spread by a virus, but by a bacterium nurtured within a flea, that fed on the Black Rat. Everything indicates that the plague’s rapid spread was supported by human action. By the beginning of the 1330s Mongolian armies attacked the Chinese Yuan Empire. During three years following the Mongol conquest, the plague decimated the population of the Hebei Province by ninety percent. Five million people died, while millions fled from the misery caused by war and disease. The plague rapidly expanded throughout Asia, almost simultaneously with the conquering Mongolians. It reached Europe with Genoese galleys arriving in Italy in 1347. They came from the port of Kaffa on the Crimean Peninsula, which had been captured and looted by the Mongolian Ulug Ulus, the Golden Horde.

Even more devastating than the Black Death were diseases that Europeans and Africans, together with cows, pigs and poultry, after 1492 brought with them to the American continent. Millions of people succumbed to viral diseases such as influenza, smallpox, chickenpox, and hepatitis. The effect was generally syndemic, i.e. several diseases coincided to infect and kill people. However, in the mid-1500s the bacterial disease salmonella singlehandedly killed eighty percent of Mexico’s population, which already had been decimated by syndemic epidemics, the disease returned 25 years later killing half of those who had escaped its first attack.

Between 1600 and 1650 malaria and yellow fever, carried by parasites brought by the slave trade, decimated large populations in South America. During the 1700- and 1800s, smallpox killed 80 percent of the indigenous populations in North America.

What made the situation in the Americas unique was that indigenous populations rarely recovered from the pandemics. In Europe, the economy and public health were generally boosted after ravages of epidemic diseases. Due to reduced labour supply, farmers and workers were generally treated better than before the onslaught of a pandemic. The shock effect of mass death made people aware of the importance of cooperation and respect to make life more bearable for their fellow beings. On the contrary, in the Americas, indigenous peoples and imported slaves continued to be treated ruthlessly and their numbers were further decimated by deliberate extinction and inhuman oppression.

The three most deadly plagues recorded by history were the Justinian Plague, which in the mid 500s CE killed an estimated 30 million people, the Black Death and the so-called Third Plague Pandemic, which during the second half of the 19th century killed at least twelve million in China and India. Just like other pandemics the Third Pandemic was worsened by human behaviour and triggered several social upheavals. The natural reservoir of the Third Pandemic was located in southern China. Like the current nCoV-2019, bats were probably infected with the disease, while other kinds of mammals served as intermediate hosts between bats and humans. The plague erupted after Han Chinese had been brought into Western Yunnan to exploit mineral deposits. Returning miners spread the plague to urban centres, while the outbreak helped to recruit desperate and uprooted people to the Taiping Rebellion (1850-1863). Taiping means ”general equality” and was to a great extent a reaction to repression from Imperial Government. Most sources estimate the number of deaths during the rebellion to have been between 20 and 30 million, most of them attributed to plague and famine.2

The plague was brought from Hong Kong to British India, where it in a short time killed at least 10 million and subsequently killed millions more until it abated after thirty years. Colonial Government measures to control the disease included quarantine, isolation camps, and travel restrictions, all enforced by the British military. By 1899, it was apparent that the use of force to implement plague regulations had been counter-productive. Public reactions to the health measures had revealed how medical interventions had been forged by a colonial mentality making a difference between people according to class and ethnicity, thus triggering several revolts and inspiring independence movements.3

Plagues are caused by bacteria, Yersinia pestis, while influenza is spread by a virus. However, both diseases generally originate in rodents, or bats, spreading the disease to other mammals, which transmit it to humans. The worst recorded influenza pandemic is the Spanish Flu, which agonized the entire world by the end of World War I and during a year following the final truce. Tightly-knit groups in trenches and barracks, or during troop transports spread the virus at great speed. Spain was not harder hit than most other European nations, but since this nation did not participate in the war and furthermore had better health control than most other countries, the flu epidemic could be ascertained and tracked, while containment was enforced earlier than in other nations. The pandemic raged at its worst between March 1918 and June 1920, reaching Inuit in the Arctic and Polynesians in the Pacific. The Spanish Flu became the pandemic known to have killed most humans in the shortest time. In twenty-five months, it killed three to six percent of the world population. Human suffering was terrifying. Symptoms were gruesome, lack of oxygen from infected lungs gave faces of the sick a blue tinge, hemorrhages filled their lungs with blood, causing uncontrollable vomiting and nosebleeds with victims drowning in their own fluids. Families were decimated and many orphans were left to die since people were afraid of taking care of them. Just as now, several authorities were for political reasons reluctant to act, thus hastening and widening the spread of the disease.4

Humans are undoubtedly involved in the original extension of the current pandemic. Like many other influenza viruses, nCoV-2019 probably originates in bats. The virus transmitting animal was likely the endangered pangolin, which meat is in many places in South East Asia considered to be a delicacy, while its scales are erroneously assumed to be a remedy for rheumatism. The pangolin is an anteater and may have been infected by insects feeding on dead bats.

After causing the pandemic, humanity has now entered phase two – trying to mitigate its spread and treat those who have been smitten by it. Let us hope that nCoV-2019 will not bring so much misery and death as the Spanish Flu. We live in different times and can now see the actual virus through electron microscopes, researchers can isolate it and establish its genetic sequence, test antiviral drugs and develop vaccines. People can be tested and respirators provided for those in a critical state of infection. Furthermore, we can count upon experiences from earlier epidemics. However, preparedness for a looming pandemic has proven to be utterly deficient. Test kits are lacking. There are not sufficient beds and respirators for moribund patients. Protective gear for hospital staff is insufficient and even missing. Lonely people are isolated in their homes, while information is inadequate and even contradictory. Patients with other ailments than influenza are blocked from medical care. In short – social services, our entire society, are actually badly prepared to cope with an ever worsening situation.

Scientific findings and medical resources have to be implemented and mobilized by decision-makers. Several highly influential politicians have nevertheless, due to ignorance, prestige and political deliberations, allowed critical time to pass before ordering the deployment of necessary measures to attack a ruthless killer like nCoV-2019. Some of them have even had the audacity to bamboozle us with obvious lies and stupidities. People are currently dying and suffering from the ineptness of such elected leaders who are supposed to be servants of the people. If they do not react in time we have to force them to do so and not accept their indifference to human suffering. We all have to support the battle against nCoV-2019 – #StayAtHome.