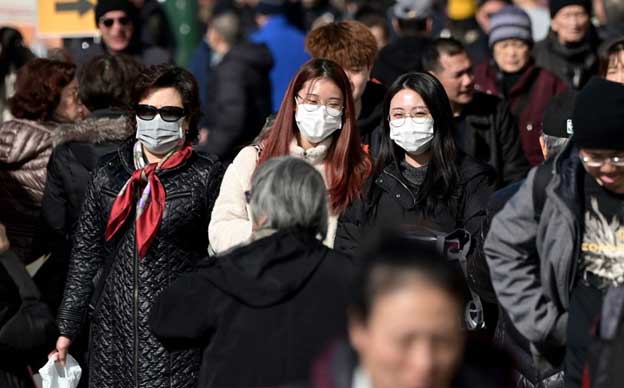 NEW YORK, Mar 16 2020 (IPS) - As the deadly coronavirus spread across the five boroughs, New York city (NYC) was a on a locked down mode with the closure of public schools, the shutting down of sporting events, restrictions on Broadway shows and limiting the capacity at bars and restaurants.

In a city teeming with over 8.3 million people, there was a ban on gatherings of over 500 people – at any public even—something described as unprecedented.

At a press conference Sunday, NYC Mayor Bill de Blasio declared a state of emergency for New York, pointing out that the city would enforce its decree against many public gatherings. 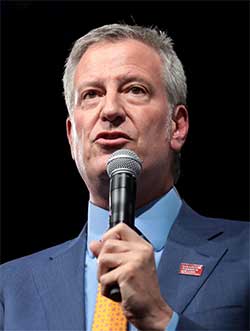 “All of our large venues will no longer have gatherings,” the mayor told reporters, “I suspect it will be a number of months.”

He said the overall numbers of new virus cases “striking and troubling.”

Andrew Cuomo, the Governor of the State of New York, followed suit with a similar emergency for the entire state temporarily banning gatherings of more than 500 people. All these restrictions were aimed at containing the spreading coronavirus.

As of March 16, the numbers kept skyrocketing with no end in sight.

“The Met’s priority is to protect and support our staff, volunteers, and visitors,” Daniel Weiss, the museum’s president and chief executive, said in a statement.

Cuomo announced late Wednesday that New York City’s St. Patrick’s Day Parade would be postponed for the first time in its 258-year history. De Blasio later tweeted the parade will take place at some future date “whether it’s in the heat of summer or on a clear fall day.”

The virus causes only mild or moderate symptoms such as fever and cough for most people, but for some, especially older adults and people with existing health problems, it can cause more severe illness, including pneumonia, and death.

The empty corridors of the UN. Credit: UN

Meanwhile, the UN headquarters in Manhattan was also shut down and over 3,000 staffers were asked to work from home until further notice.

The Mayor also urged New Yorkers to work from home as the deadly coronavirus continued to spread and the number of confirmed cases rises in the United States.

“For a business that can allow more employees to telecommute, we want you to do that,” he said in a press briefing. “We simply want to reduce the number of people on mass transit just to open up some more space.”

“We’re testing aggressively & we are seeing the number of confirmed cases go up as expected,” Cuomo tweeted.