Addressing the rise in domestic violence during lockdown 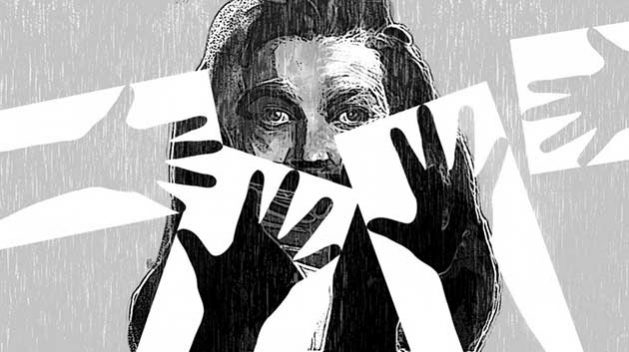 Apr 20 2020 - While one-fourth of the world’s population is under home-quarantine to contain the spread of the novel Covid-19 pandemic, another crisis is brewing behind closed doors—domestic violence.

Research shows that in emergencies be it conflicts, economic crisis or during disease outbreaks, there has been a repeat pattern of increase in domestic abuse, therefore abusers and their partners having to self-isolate together at home may lead to a rise in new and pre-existing abusive behaviour and violence.

The situation undoubtedly is no different in Bangladesh if not worse. On April 15, the country saw its first domestic violence fatality since the lockdown began, when Obaidul Haque Tutul brutally murdered his wife, Tahmina Akhter, 28 with a sharp weapon at home while streaming on Facebook Live in Sadar upazila of Feni district. Obaidul then turned himself to Feni Model Police Station and confessed to the killing.

Violence against women and girls has always been a social, cultural and economic problem in Bangladesh. Nearly two-thirds of women have experienced gender-based violence during their lifetime. According to Bangladesh Bureau of Statistics, 54.2 percent of married women face physical and sexual intimate partner violence. Bangladesh enacted the Suppression of Violence against Women and Children Act in 2000 targeting rape, trafficking, and kidnapping and the Domestic Violence (Prevention and Protection) Act in 2010 criminalising domestic violence. Despite having legislation in place the implementation of the laws largely remains complex.

It is well-documented that isolation is generally used by many perpetrators as a “tool of control” and the conditions created by the pandemic is the perfect opportunity for domestic abuse to flourish. In addition to physical violence, which may not be true in every abusive relationship, spending concentrated periods of time with the abuser potentially means constant surveillance and further restricting their freedom.

As reported by Ain o Salish Kendra (ASK), between January and March 2020, 42 women were murdered by their husbands in Bangladesh. Manusher Jonno Foundation (MJF) notes that more than 300 incidences of domestic violence, and 36 rape incidents occurred in March in three districts alone, namely, Bogura, Jamalpur and Cox’s Bazar.

In response to mounting domestic violence cases, Italy launched a new app that will enable victims to ask for help without making a phone call and ruled that the abuser must leave the family home, not the victim.

The United Kingdom introduced contacting options for help through websites which ensures no record of the attempt is left on the phone and anyone in immediate danger can call 999 and press 55 on a mobile if they are unable to talk. There have been calls to turn underused hotel chains and university halls into emergency accommodation and need for increased public messaging, through supermarkets, pharmacies and other appropriate avenues, to provide information on the means by which victims can alert the police for help; and special police powers to evict perpetrators from homes and for authorities to waive court fees for the protection orders. There are campaigns in the UK (#Listeningfromhome) and Germany that advises and educates people to be vigilant and encourages them to seek help if they hear or observe incidents indicating domestic violence.

In China, women in dire need of fleeing their homes were able to access permits to leave the city and escape their abusers—with the hashtag #AntiDomesticViolenceDuringEpidemic trending on social media. India campaigns “Suppress corona, not your voice,” and have launched a new domestic violence helpline and engaged female officers to handle cases.

The lockdown pertaining to the prevention of the covid-19 spread in Bangladesh has essentially shattered support networks, making it far more difficult for victims to get help or escape their aggressor. One immediate effect of being confined with the abuser is not only are women more vulnerable to domestic abuse but are also less likely to be able to make an emergency telephone call in fear of being overheard by the abusers.

Additional financial burdens due to increased unemployment, salary cuts, looking after children full-time and more hours at home with increased household labour adds insult to injury. Amid social distancing requirements, restricted mobility preventing relocation to family homes in other areas, and pressing financial constraints, staying with friends or relatives became impracticable. Research suggests that the heightened domestic tensions and concern of financial uncertainty brought by the pandemic only adds to the burden of violence. Victims could be denied medical attention and made to feel guilty for falling ill. Emotional and mental abuse may soon turn physical.

It is likely that in times like this, support groups and police would not be of much help to victims and will ask them to tolerate the violence reasoning this period of lockdown to be not the right time. It is an expected response as a pandemic such as this is unprecedented and the law enforcement agencies are overburdened. However, as with the response to the virus itself, delays mean that irreparable harm may already have occurred. Police need to train and transfer resources in emergency situations especially because it is extremely difficult for women trapped and controlled at home to reach out for help. The recent media coverage of police and military beating and punishing people who were out on the streets may also act as a deterrent to stepping out to report by victims.

Experts warn that as the lockdown continues, the danger is likely to intensify- fear of the perpetrator inside the house and the virus outside. Soon homicide cases, like Tahminas will escalate amidst personal crisis.

It is therefore imperative that the Bangladesh government step in to provide leadership in this area. Urgent steps have to be taken to ensure that anyone experiencing domestic abuse can seek protection during this Covid-19 crisis and be placed in a safe place. The government should say loud and clear that people should leave home if they need to do so for their safety and that services are open for them.

Dedicated and responsive emergency helpline numbers and websites need to be launched. Domestic violence services should be classified as “essential” and support workers should be classified as “key” workers. Organisations providing domestic violence support and services must get an emergency financial package from the government to ensure shelters and other support services remain operational. Avenues for help including helpline numbers and websites need to be advertised widely at all media platforms including social media platforms, electronic and print media, public messaging, through supermarkets, pharmacies and other appropriate areas.

This must also include simple ways to contact and alert the police of the need of urgent help, such as text messages or online chats, and the use of code words with doctors or pharmacists. Law enforcement agencies need to lodge complaints and take immediate and effective measures while maintaining confidentially and safety of victims. Cooperation between authorities, law enforcement agencies and support workers cannot be understated to tackle this crisis. Local authorities should turn vacant hotels and public university halls to emergency accommodation where victims could quarantine safely. The women and children who show signs of physical or sexual abuse or domestic violence need to be provided with medical treatment, psychological counselling, and other assistance, like legal aid.

In rural and remote areas of Bangladesh, where possession of mobile phone by households are uncommon or are limited to men, lighter-touch interventions, like less regular community meetings, and check-ins will curb the abusive behaviour of intimate partners as they would believe that they are likelier to get caught if they are abusive. These kinds of programmes are also fairly inexpensive and like the lockdown itself, these could be lifesaving measures.

Being stuck at home because of coronavirus is difficult for everyone, but it becomes a real nightmare for victims of domestic violence. A crucial safety net therefore must be offered to some of the most at risk women, children and anyone vulnerable to abuse in order to triumph over the immediate and long-term impact of this corona virus crisis.

Barrister Fahmida Hasan is a practicing lawyer in the UK specialising in immigration, asylum and human rights laws.