Africa Needs a DOVE Fund: Or Should We Starve So We Can Pay our Debts? 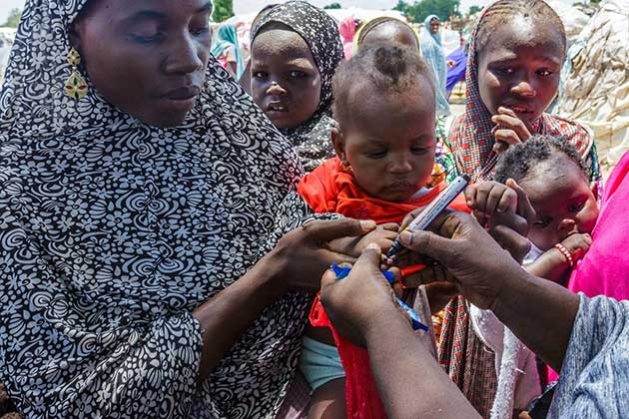 JOHANNESBURG, South Africa, May 19 2020 (IPS) - Sub-Saharan Africa has a debt problem. According to the most recent World Bank debt statistics, in 2018 the region had about $493 billion in long term external debt.

About one third, $117 billion, was in the form of tradeable bonds. About half of the $17 billion in interest payments Africa made in 2018 was to these bondholders.

To put this debt in perspective: In 2018, the region’s total external debt was equal to 36% of its gross national income. Debt service payments that year contributed to the region’s 3.6% of GDP budget deficit.

A year later, in 2019, many African countries spent more money servicing their debts than they did on health.

Needless to say, Africa’s debt problem is complicating its efforts to deal with the profound social, health, and economic impacts of the COVID-19 pandemic.

The international community has taken some steps to help Africa deal with this issue. The G-20 countries have agreed to a debt payment standstill on all debts owed to official creditors based in their countries.

Some of these countries are also contributing to a fund to help the poorest countries meet their obligations to the IMF. Unfortunately, the international community has not convinced bondholders to contribute to this effort.

There are several reasons for this failure. First, the bondholders are a large and diverse group. They each have their own investment strategies and view of their responsibilities to their clients, which include both individuals and companies.

Second, there is variation in the terms and conditions of the different bonds that need to be reconciled and incorporated into one regional relief package.

Third, different African countries have different views on what they need to deal with the crisis in their country. Some want maximum debt relief. Others, more confident in their ability to service their debts and weather the crisis, want to avoid the “guilt by association” that would attach if they are too closely associated with those countries seeking debt relief.

Finally, there is a risk that speculators will buy these bonds, which trade on an open market, at their current discounted prices and seek to enforce their original terms against the debtor countries. 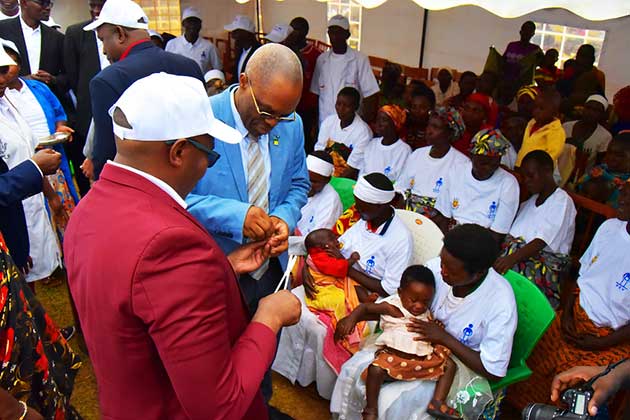 History teaches that this last risk is very real. In the 1990 many African countries had unsustainable debts. They owed $255 billion to their official creditors and $28 billion (17% of the total) to private creditors.

Unfortunately, this created an opportunity for speculators, now more accurately called vulture funds. They bought the debts of countries like Zambia, the Democratic Republic of Congo, Ethiopia and Uganda very cheaply.

They demanded that the countries meet their contractual obligations and pay them in full. They sued any country that refused. This strategy earned them returns of between 300% and 2,000%.

To date, they have used this strategy – or are using it – against approximately 15 African countries.

Any effort to help Africa deal with its bondholder problem must satisfy three objectives. First, it must offer immediate debt relief to those African countries that need it in order to deal with the COVID induced crisis that they are currently experiencing.

This means that Africa cannot wait for the inevitably time-consuming and laborious negotiating process with a reluctant group of bondholders to produce a result.

Second, it should mitigate the risk that the benefits of the debt relief will be captured by the vulture funds.

Third, it needs to ensure that after the crisis abates African states will not either be saddled with undue debt burdens or denied access to the financing they need to restart their economies and promote the sustainable development of their populations.

Fortunately, there is a way for Africa to meet all three objectives. It should create a special purpose vehicle –the DOVE (Debts of Vulnerable Economies) fund — that will demonstrate to the financial markets how a responsible creditor treats African debtors in crisis.

The DOVE fund will do three things.

First, it will buy African bonds on the open market at the prevailing discounted prices. It will then notify all other bondholders that it expects to participate in all future bondholder discussions about the management of African bonds.

Second, it will inform both the debtor country and the financial markets that it commits to hold its bonds and to implement a standstill on any payments due on them until the global health crisis abates. The fund will also pledge that once the global economy begins to grow again it will work with African debtors to ensure that the debt does not become an unreasonable burden on their efforts to rebuild their economies.

It will stipulate that any future debt renegotiations will be consistent with all applicable international standards such as the UN Guiding Principles on Business and Human Rights, the Principles on Responsible Investment, and the UNCTAD Principles on Promoting Responsible Sovereign Lending and Borrowing.

Third, the DOVE fund will advocate that all private sector creditors should participate in a comparable standstill, both on debt payments and bond trading, and should applying the same principles as the DOVE fund in determining what to do with the debt of the participating countries after the crisis ends.

It can remind them that most of the leading financial institutions in the world are signatories to the Principles on Responsible Investment, and many of them have policies that require them to be socially and environmentally responsible in all their operations. Many of them also have human rights policies that confirm that they respect international human rights.

The DOVE fund should also have the following characteristics so that it can function effectively.

First, it must be independent of both creditors and debtors. To demonstrate its independence the fund should be managed by an independent board representing all stakeholders. These include the debtor states and their citizens, the creditors and the investors in the DOVE fund.

This board would hire a manager to implement its strategy for assisting the debtor countries and advocating for a new approach to all other bondholders.

Second, the fund can be established in a neutral jurisdiction but it should be based at an African institution such as the African Development Bank.

Third, the fund should only buy the bonds of African countries that choose to participate in its operations. Some countries, given the terms of their bonds and their ability to meet their contractual obligations, might be wary of participating in these operations. They may fear that it will complicate their future access to financing.

Fourth, the fund needs to be large enough to be an influential voice in any discussion among bondholders about the treatment of the participating African countries’ debts. It should raise its resources from a range of sources including governments, international organizations, foundations, financial institutions, companies and individuals.

The purpose of raising funds from foundations, companies and individuals is both political and financial. Their involvement will increase the pressure on other bondholders to comply with the DOVE fund’s objectives.

The DOVE fund could encourage these groups to participate by issuing a social impact bond which would only offer holders a return that is linked to the post-crisis growth rate of sub-Saharan Africa and/or to the level of debt payments actually received by the DOVE fund after the crisis.

Such bonds are likely to appeal to African individuals and companies, members of the African diaspora and Africa’s friends who are interested in contributing to its efforts to deal with the profound COVID-19 induced crisis that the continent is facing.

Financial institutions could contribute “in kind” by making a binding commitment to participate in any debt payment and to comply with the objectives of the DOVE fund.

Clearly, the biggest portion would need to come from governments and international organizations.

One way governments could contribute is by donating a portion of their current holdings of special drawing rights, the International Monetary Fund’s reserve asset, to be used by the DOVE fund.

The IMF could contribute through a sale of a portion of its gold holdings, which are currently valued at about $138 billion at current market prices and at about $4.5 billion at historical cost.

Africa is facing a profound crisis that could set its development back a generation. It needs a solution to its debt problems that makes sure that no future African leader is forced to ask, as did former Tanzanian president Julius Nyerere: Should we really let our people starve so we can pay our debts?