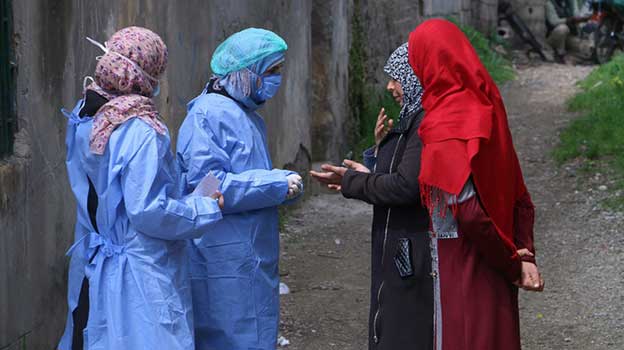 UNITED NATIONS, May 7 2020 (IPS) - The world’s poorer nations, reeling under an unrelenting attack on their fragile economies by the COVID-19 pandemic, have suffered an equally deadly body blow: being buried under heavy debt burdens.

Abiy Ahmed, prime minister of Ethiopia who was awarded the Nobel Peace Prize in 2019, said last week that in 2019, 64 countries, nearly half of them in sub-Saharan Africa, spent more on servicing external debt than on health.

Ethiopia alone, he said, spends twice as much on paying off external debt as on health. “We spend 47 percent of our merchandise export revenue on debt servicing”, he wrote in an oped piece in the New York Times.

And these are not necessarily the most highly-indebted poor countries in the world — Sri Lanka pays 48% of its revenue in debt service, and Angola 43%.

On April 15, the Group of 20 countries (G20) offered temporary relief to some of the world’s lowest-income countries by suspending debt repayments until the end of the year.

But, regrettably, their best offer fell far short of expectations.

Secretary-General Antonio Guterres has called for a “debt standstill” across all developing countries affected by debt vulnerabilities. This includes external public and commercial debt.

“The private sector’s voluntary and well-coordinated engagement in debt relief discussions is crucial”, he adds.

In 2020, “we expect to lose the equivalent of more than 300 million jobs; a decline in global trade between 13 and 32 per cent; remittance flows to low‐ and middle‐income countries to drop by around 20 per cent; and foreign direct investment to decline by 35 per cent,” the United Nations warned last week.

Clemence Landers, a Policy Fellow at the Washington-based Center for Global Development (CGD), told IPS the G20 bilateral debt suspension is a good start, but it’s only a temporary stopgap measure.

In the months ahead, she pointed out, it will be clear that some countries need deeper and more permanent relief.

“The global community should use this time to establish the broad contours of an orderly debt relief process that distributes the burden equitably between all bilateral and commercial creditors”.

In parallel, argued Landers, the international financial institutions should find ways to deploy financing packages above levels that they have already announced to ensure that net flows to countries are robust. But an effective and orderly process is far from a given.

“It will largely hinge on the G20’s ability to provide an ambitious plan and maintain strong political pressure to achieve a coordinated approach,” she declared.

Professor Kunal Sen, Director United Nations University– World Institute for Development Economics Research (UNU-WIDER), told IPS the recent announcement by the governments of the G20 countries of a debt moratorium for the poorest countries is a welcome initiative as it allows these countries to allocate the funds that would have gone to service external debt to deal with the immediate needs of the pandemic.

According to Jubilee Debt Campaign, the suspension covers debt payments by 77 countries to G20 and other governments, from 1 May to the end of 2020, estimated to be $12 billion.

The payments will not be cancelled but come due to be paid between 2022 and 2024, along with interest accrued in the meantime. There will be a review by the G20 before the end of 2020 as to whether further action will be taken.

The G20 announcement also calls on private creditors to similarly suspend debt payments, and calls on multilateral creditors to explore options for doing so.

The Ethiopian Prime Minister said at the very least, the suspension of debt payments should last not just until the end of 2020 but rather until well after the pandemic is truly over.

“It should involve not just debt suspension but debt cancellation. Global creditors need to waive both official bilateral and commercial debt for low-income countries,” he declared.

Richard Ponzio, Senior Fellow and Director of the Stimson Center’s Just Security 2020 Program, told IPS the G20 Finance Ministers wisely agreed on a ‘time-bound suspension of debt service payments’, between now and the end of the year, for 77 of the world’s poorest countries.

“Now it’s time for private creditors, who are owed USD $3 billion (or a quarter of total debt), to step up and participate in this initiative,” he noted.

Since the COVID-19 pandemic continues to affect countries in different ways, once they begin to transition from the current emergency to a full recovery phase, the G20 should revisit the need to sustain this policy, in 2021 and 2022, on a country-by-country basis, with the goal of helping all countries adversely affected by the pandemic to get back-up on their feet, Ponzio declared.

Anuradha Mittal, Executive Director at the Oakland Institute, a leading US-based policy think tank, told IPS the Covid-19 pandemic has unleashed a crisis of untold proportions – the disastrous impact of which is being felt by the poorest and poor nations.

According to the World Bank itself, COVID has pushed about 40-60 million people into extreme poverty, with best estimate being 49 million.

Bank’s projections suggest that Sub-Saharan Africa will be the region hit hardest in terms of increased extreme poverty, she said.

“At such a time, an inclusive bailout requires that united global response should ensure a just recovery and transition to a better future for those most in need.”

She pointed out that Central African Republic has just three ventilators, Sierra Leone has 13, Liberia has three, South Sudan has four.

Mittal said developing countries should be boosting healthcare systems to defend against the virus and protecting their economies and the poor, instead of using precious resources to pay off external debt, which anyway never benefitted the communities.

“These loans were often generated for so called “development” projects which have failed to bring development to the countries or populations that were intended to benefit”.

At this time, she argued, it is pertinent to cancel bilateral, multilateral and private debt for this year and instead, emergency additional finance should be provided. This time also calls for real negotiations around debt cancellation.

Above all, it is important to ensure removal of loan leverage to open up markets and force reforms such as the opening of land markets in Ukraine. Loan programs intended to control economies and natural resources have to stop, said Mittal.

Sarah-Jayne Clifton, Director of Jubilee Debt Campaign said the G20 offer is a first step in dealing with the magnitude of the coronavirus debt crisis, but much more needs to be done.

The G20 deal keeps vital money in countries for now, but today’s suspension will soon become tomorrow’s debt crisis unless payments are cancelled in full.

“We urgently need a UN-led process to cancel external debt owed to all creditors, for all countries in crisis,” said Clifton.

“The suspension of debt payments to private creditors is only voluntary. The UK and New York can make sure it happens by introducing emergency legislation to prevent any lender suing a country for stopping debt payments during the current crisis”.

Otherwise, she argued, “the real beneficiaries of today’s deal could be rich speculators who keep being paid thanks to debt suspensions by other lenders.”

Meanwhile, several Asian countries, including Sri Lanka, India, Pakistan, Bangladesh and the Philippines, have taken a severe beating primarily because of a sharp fall in migrant earnings resulting from the closure of industries and construction work in the Middle East and Gulf nations due to COVID-19.

According to the New York Times, millions of Indians who work in the Arab world — particularly in the oil-rich countries of the Gulf — have lost their jobs in recent weeks as Arab economies have contracted under lockdown.

“We have been getting distress calls from the Gulf,” said Mahesh Kumar, a spokesman for India’s foreign ministry.

The Times said Indian media have reported more than 150,000 Indians in the United Arab Emirates requesting to be evacuated — and that several large naval warships have already been dispatched to the UAE and the Maldives.