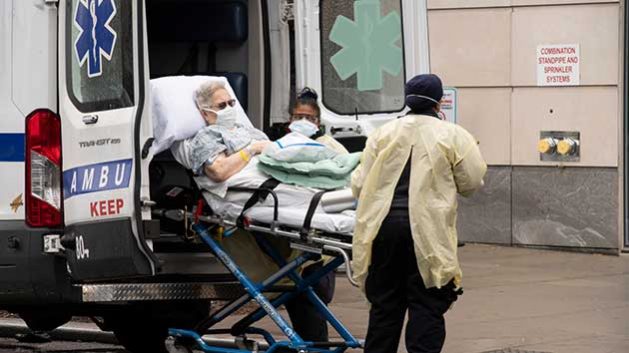 COVID19 is devastating on older persons. The numbers are staggering, more than 80 percent of the fatalities due to coronavirus in the US and East Asia occurred among adults aged 65 and over. In Europe and Australia, the figures are even higher, 94 and 97 per cent of the deaths were persons aged 60 and over.

However, when contagions spread, older persons were denied access to beds and ventilators, despite being the most vulnerable group. Human rights experts were alarmed by the decisions made around the use of scarce medical resources in hospitals and intensive care units, discriminating solely based on age. Despite being helpless and most at risk, older persons were not prioritized; they were de facto sacrificed, denied treatment and emergency support.

“Older people have the same rights to life and heath as everyone else. Difficult decisions around life-saving medical care must respect the human rights and dignity of all,” stated the UN Secretary-General, deeply concerned about events during the pandemic.

The silent massacre in care homes

About half of the coronavirus casualties in high income countries were in care homes, though this is an underestimation because originally official death tolls did not include those who had died outside hospitals without a COVID19 test done.

Most countries reported insufficient protective equipment and testing in care homes for both residents and care workers. Thousands were infected of coronavirus in nursing homes, and while some staff heroically worked in dangerous conditions, others did not. Staff absenteeism added to real horror stories. For example, in a nursing home in France, 24 persons passed away in only 5 days; they died alone in their rooms of hypovolemic shock, without food or water, because 40 percent of the staff was absent. In Canada, a criminal investigation was launched after 31 residents were found dead, unfed and unchanged at a Seniors’ Residence; after other disturbing cases, the Canadian military had to be deployed to assist and the government is considering to take over all private long-term care institutions.

In Sweden, protocols discouraged care workers from sending older persons to hospitals, letting them die in the care homes. In Spain, when the military were deployed to disinfect nursing homes, they were shocked to find people “completely abandoned or even dead in their beds.” Spain has launched criminal investigations into dozens of care homes after grieving relatives of thousands of elderly coronavirus victims claimed ‘our parents were left to die’.

In Italy’s Lombardy region, a resolution offering 150 euros (US$175) to care homes for accepting COVID19 patients to ease the burden on hospital beds, accelerated the spread of the virus among health workers and residents. Coffins piled up in nursing homes. Families are filing lawsuits for mishandling the epidemic.

In the US, more than 38,000 older persons have died in residences because of COVID19 and many families have filed lawsuits against nursing homes for wrongful death and gross negligence.

In the UK, families of care home residents who died from COVID19 are suing the Health and Social Care Secretary; the claims accuse the government of breaching the European Convention on Human Rights, National Health Service Act 2006 and the Equalities Act.

The multi-billion care industry lobbying to secure immunity against lawsuits

Long-term care is a lucrative and powerful industry. Europe’s care sector is concentrated in the hands of a few large private groups, often run by pension and investment funds. Also in the US, 70 percent of the 15,000 nursing homes are run by for-profit companies; many have been bought and sold in recent years by private-equity firms.

In the US, nursing homes and long-term care operators have been lobbying state and federal legislators across the US to pass laws giving them broad immunity, denying responsibility for conditions inside care homes during COVID19. Nineteen states have recently enacted laws or gubernatorial executive orders granting nursing homes protection from civil liability in connection with COVID19. Nobody is responsible for the suffering of thousands of older persons that died alone in care homes.

A better future: Redressing the deplorable situation of residences and long-term care

Due to the rapidly ageing population, all countries should invest more on health and long-term care services for older persons.

Health system capacity is strained because austerity cuts in earlier years. It was the shortage of beds, staff and equipment that made doctors discriminate against older persons and prioritize those younger, with more chances of survival to COVID19. Governments and international financial institutions must stop mean budget cuts that have condemned many to die, and instead invest in universal public health and social protection systems.

Countries must also invest in quality long-term care services for older persons. Half the world’s elderly lacks access to long-term care. At the moment, governments spend very little on long term care; instead, they have allowed private care services to develop, with minimal regulation. As a result, most older persons have to pay up to 100 percent of long term care out of their own pocket and most cannot afford quality services – a highly unequal system.

Societies have failed older persons during the COVID19 pandemic. Countries must redress this neglect and support survivors by properly regulating, inspecting and investing in quality care services for all older persons.

Isabel Ortiz is Director of the Global Social Justice Program at the Initiative for Policy Dialogue at Columbia University in New York, former director of the International Labour Organization (ILO) and UNICEF, and former official of the Asian Development Bank and the United Nations.