NEW YORK and WASHINGTON D.C. , Sep 2 2020 (IPS) - On 27 August the World Bank announced that it will suspend the Doing Business Report over data irregularities, until it conducts a review and audit. The halting of the report was welcomed by trade unions, academics and human rights groups.

The World Bank’s Doing Business Report ranks countries based on business regulations in 190 economies. The more regulations are slashed, the better a country does in the ranking. Most indicators are based on a standardized case study such as the conditions facing a small firm in the largest commercial city -this study characterizes the country. 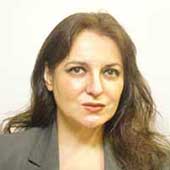 In contrast, the World Bank’s Doing Business Report undermines social progress and promotes inequality. Since it was launched in 2003, the Doing Business Report has generated outrage for its anti-regulation bias. Inspired by the “Index of Economic Freedom” at the conservative Heritage Foundation, the report has encouraged countries to take part in the “deregulation experience” including reductions in employment protection, lower social security contributions (denominated as “labor tax”) and lesser corporate taxation.

In the report, a country ranks better when its social security contributions are low, that is, when employees have lesser social protection benefits for their families and retire with low pensions. Countries also get better rankings if corporate tax is low, no matter if this will generate further inequality and starve resources for national sustainable development. For example, India has improved in the reports’ international ranking as the government has eroded environmental and labor protections and reduced corporate taxation, resulting in detrimental social impacts.

After the global economic crisis, the Bank suspended the publication’s labor market flexibility indicator. However, the raw data was still published until attention from the US Congress stopped efforts to revive the indicator. 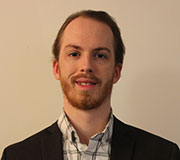 In 2013, an independent review panel established by the World Bank’s executive board and led by Trevor Manuel recommended that the use of rankings be discontinued. The panel also recommended the permanent deletion of the labor market flexibility and tax rate indicators, as the latter penalizes countries that require business to pay taxes or make contributions to pensions and other social protection schemes that support households.

The World Bank’s independent review panel also expressed concerns that the report, “tends to ignore the positive effects of regulation”, highlighting “black box” data gaps and “cherry picking” of background papers. A key source of information for the report are surveys completed by corporate consultants and law firms – not businesses engaged in productive activities whose needs are usually different from the ideological prerogatives of the report, such as benefitting from a social protection floor and tax-financed investment in infrastructure.

Not only did Bank management reject almost all the recommendations made by the 2013 independent panel, it continued to use the report to guide programs and loans in developing countries, a fact denounced by civil society think tanks. Meanwhile, questions began to circle about the integrity of report findings.

In January 2018, Paul Romer, the World Bank’s chief economist, said that “political motivation” of Bank staff may have contributed to a decline in Chile’s ranking under the social democratic President Michelle Bachelet. Romer resigned after Bank leadership disavowed his remarks. An audit commissioned by the Bank in 2018 found no evidence of interference, but detailed constant methodological changes that took the meaning out of ranking changes.

Next, it was discovered that a change in methodology (instead of reforms) explains most of India’s rise in the rankings. The government of Prime Minister Narendra Modi lobbied for favorable methodology, and when rebuffed sought to “game the system” with reforms chosen to artificially increase their rank.

Last week, the report brought the latest scandal. “A number of irregularities have been reported regarding changes to the data in the Doing Business 2018 and Doing Business 2020 reports,” said the World Bank on August 27. This means that interference is suspected in 2017 but not uncovered in the 2018 audit.

Academics, legal experts and trade unions have pointed how the report’s ideological and technical preferences work against economic and social development. The report is even at odds with the evolving approach of the World Bank, such as the “Balancing Regulations to Promote Jobs” manual.

Regardless of data manipulation, the Doing Business Report has always been an act of ideological interference in policymaking. If the Bank clings to this relic, it should at the very least remove the most regressive elements including those on social security contributions and corporate taxation, and follow the recommendations of the 2013 independent review panel.

These blunt indicators are against the Sustainable Development Goals, human rights and international conventions agreed by all countries. Continuing to use the profile and name of the World Bank to promote less worker protections, less social protection benefits and less corporate taxation will only increase inequality and worsen the effects of the COVID19 pandemic. It is time to end the Doing Business Report.

Isabel Ortiz is Director of the Global Social Justice Program at the Initiative for Policy Dialogue in New York, and former director of the International Labour Organization (ILO) and UNICEF.

Leo Baunach is Director of the Washington Office of the International Trade Union Confederation and Global Unions group.