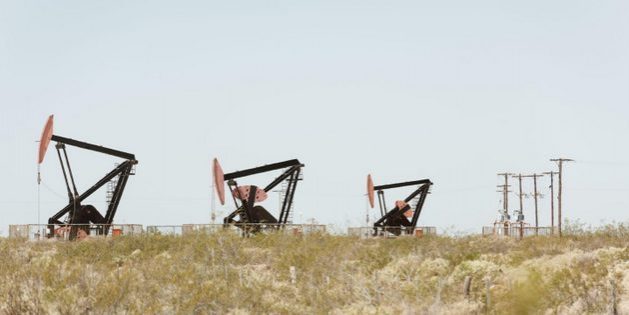 BUENOS AIRES, Nov 26 2020 (IPS) - As the world’s leading economies direct trillions of dollars towards Covid-19 recovery packages, a significant proportion is going to fossil fuel industries without climate stipulations, according to the 2020 edition of the Climate Transparency Report – which has assessed the climate performance of G20 countries.

Up until the middle of October, the G20 spent US$393 billion on support to the energy sector, with 53.5% going to fossil fuels ($175 billion to oil and gas, and $16.2 billion to coal). Of this, 86% has been provided without conditions for improved environmental action or performance.

The report shows that at least 19 of the G20 countries have provided financial support to their domestic oil, coal and gas sectors, including Argentina, Brazil and Mexico. If they continue along this path, governments risk reversing, instead of locking in, positive pre-Covid trends such as a stable expansion of renewable energy.

At least 19 of the G20 countries have provided financial support to their domestic oil, coal and gas sectors, including Argentina, Brazil and Mexico

“The recovery packages can solve the climate crisis or make it worse,” says Charlene Watson of the Overseas Development Institute. “Some G20 members like the EU, France, or Germany are setting mostly a good example. Others direct too much support to fossil fuels, putting at risk positive recent developments.”

G20 economies represent more than 80% of global GDP and three-quarters of global trade. The group is also responsible for 75% of global emissions and therefore has a major role in fulfilling the goal of the Paris Agreement to avoid a temperature increase of more than 2C, or ideally 1.5C, above the pre-industrial norm.

However, existing G20 commitments are insufficient to accomplish that goal, and would lead the world to a temperature 2.7C higher by the end of the century, according to the report. Countries are expected to update their climate pledges in 2020 and 2021 ahead of the COP26 climate summit.

Before the Covid-19 pandemic, the results of climate action in G20 countries were becoming visible in key areas. Energy-related CO2 emissions decreased by 0.1% in 2019 – a remarkable departure from the 1.9% increase in 2018 and a longer-term annual average growth rate of 1.4% between 2005 and 2017.

“Before the pandemic hit, results of climate action were coming to fruition in some energy-related sectors and the crisis consolidated those trends in the majority of the G20 countries,” said Jorge Villarreal of Iniciativa Climática de México. “But without further climate action, these effects will be temporary.”

Looking back on 2019, the report notes that despite a decrease in coal consumption, fossil fuels still accounted for 81.5% of primary energy supply, because of increases in oil (+1%) and gas (+3%) consumption. Also in 2019, countries provided US$130 billion in subsidies to fossil fuels, up from US$117 billion in 2018, despite their goal to eliminate them.

Progress in the transport, building and industrial sectors is also lagging and many G20 members are still losing tree cover, diminishing critical carbon sinks. CO2 emissions from the transport sector grew by 1.5%, followed by a 1.2% increase in the industry sector and a 0.9% growth in the building sector.

The scenario for Latin America

G20 members Brazil, Argentina and Mexico were found to be off-track to meet the 1.5C goal. Argentina is the only one of the three to emit more than the G20 average, having increased its emissions 35% since 1990.

Amid the pandemic, Brazil has provided economic support to the industrial and transport sectors without attaching any environmental conditions. Meanwhile, deregulation in land use in the Amazon is likely to increase logging, mining, agriculture and forestry activities, leading to further deforestation.

The Bolsonaro administration cut the budget for key forest protection monitoring and enforcement and has rolled back numerous environmental protection policies. Rates of illegal deforestation are continuing to rise, with over a third of deforestation in 2019 taking place on public lands.

“From 2012 to 2019 the level of deforestation in Brazil grew by 122%. If deforestation gets out of control, NDC goals won’t be met. The country should urgently reinstate and strengthen policies on monitoring and preventing illegal deforestation,” said William Willis, from CentroClima NGO in Brazil.

In Mexico, a large proportion of the stimulus package has been directed towards infrastructure investments, including a flagship oil refinery and airport expansion, plus tax breaks for Pemex, Mexico’s state-owned oil company. Furthermore, barriers were placed to the wind and solar energy dispatch, prioritising oil-fired power plants.

The country called oil a strategic resource and seeks to increase its use for electricity generation, increasing investment in fossil fuel exploration and extraction. Instead it should reopen further renewable energy auctioning rounds, the report argued.

There is a similar scenario in Argentina. During the pandemic, the Fernández administration introduced measures to increase commodity exports and fossil fuels. The government artificially fixed the domestic oil barrel price to offset the sharp fall in international oil prices.

Fossil fuels still make up 86% of Argentina’s energy mix. Despite the increase in renewable energy over the last two decades, the carbon intensity of the energy mix has barely changed. The share of fossil fuels in the global primary 1.5C energy mix needs to fall to 67% by 2030 and to 33% by 2050.

“The government didn’t introduce any ‘green’ measures in its recovery stimulus plans. On the contrary, it continues to strongly subsidise fossil fuels, such as gas. In order to ensure a sustainable recovery, the focus needs to be put on green energy infrastructure,” said Enrique Maurtua Konstantinidis, senior adviser on climate change at FARN, an Argentine NGO.

There is growing recognition that a fundamental, structural shift is required among G20 countries, the report argued. As such, in 2019 and 2020 many countries have started to set net-zero emissions goals to decarbonize their economies by mid-century, with likely more to come over the next few months.

In June 2019, France and the UK set net-zero targets for 2050, and by the end of the year, the EU and Germany had made similar announcements. In 2020, Canada, China, South Africa, South Korea, and Japan joined in, with China aiming to be carbon-neutral before 2060. Cities and companies in G20 countries have announced similar goals.

Representatives from G20 countries met virtually on Friday and Saturday, November 20-21 for the bloc’s annual summit under the presidency of Saudi Arabia. It will be largely focused on addressing the implications of the coronavirus pandemic, future health care plans and steps for reviving the global economy.

“We urgently need more ambition and leadership from the world’s biggest economies – and emitters – at the upcoming G20 Summit and next year’s UN Climate Conference” said Catrina Godinho from the Humboldt-Viadrina Governance Platform. “The US election result offers some hope for international climate politics.”

This article was originally published by Dialogo Chino