UNITED NATIONS, Nov 27 2020 (IPS) - The numbers are staggering— as reflected in the ongoing coronavirus pandemic which has triggered a new round of food shortages, famine and starvation.

According to the Rome-based World Food Programme (WFP) 690 million people do not have enough to eat while 130 million additional people risk being pushed to the brink of starvation by the end of the year.

“Hunger is an outrage in a world of plenty. An empty stomach is a gaping hole in the heart of a society,” Secretary-General Antonio Guterres said last week pointing out that famine is looming in several countries.

Striking a personal note, Guterres said he could have never imagined that hunger would rise again during his time in office as Secretary-General.

The WFP singled out 10 countries with the worst food crises in 2019: Yemen, Congo, Afghanistan, Venezuela, Ethiopia, South Sudan, Syria, Sudan, Nigeria and Haiti. The list is expected to increase by end of this year.

WFP Executive Director David Beasley told a meeting of the U.N. Security Council last April: “There are no famines yet. But I must warn you that if we don’t prepare and act now – to secure access, avoid funding shortfalls and disruptions to trade – we could be facing multiple famines of biblical proportions within a short few months.”

Against this grim scenario, resetting the future of food is possible, say the Barilla Foundation and Food Tank, which are jointly sponsoring an international online dialogue December 1 to “present concrete solutions to rethink our food systems– from farm to fork.”

The discussions are expected to help set the stage for the United Nations Food System Summit to be held in 2021.

The spread of COVID-19 has demonstrated the fragility of global food systems, “but it also offers opportunities to transform the way we produce, distribute and consume food.”

Danielle Nierenberg, President and Founder of Food Tank, told IPS the pandemic has had a huge impact on the world’s food and agricultural systems.

“Ironically, there will be record yields for many grains this year, but the disruptions in the supply chain caused by the pandemic as well as the global climate crisis and increasing conflict in several countries is leading to a hunger pandemic as well,” she pointed out.

Hunger, as many experts have pointed out, is not because the world doesn’t produce enough food, but a problem of distribution that has been exacerbated by concerns over health and lack of national leadership and political will in many countries, including the United States, to ensure that no one goes hungry, said Nierenberg.

“The pandemic is fuelling hunger in the world’s worst hunger hotspots such as Venezuela and South Sudan, and it is creating new epicentres of hunger in countries such as India, South Africa, and Brazil where millions of people who were barely managing have been tipped over the edge by the pandemic,” she said.

She also pointed out that COVID-19 has exposed the weaknesses of a food system which prioritizes the profits of big food and agriculture companies over the needs of food producers and workers.

“We’re hearing the same refrain all around the world – families are very worried as they are forced to make impossible decisions – do they risk catching the disease as they go out to earn money to buy food? Or stay home and watch their children go hungry?”

It’s not actually a choice for most. Governments must contain the spread of this deadly disease but it is equally vital they take action to stop the pandemic killing as many – if not more – people from hunger, said Maxman. 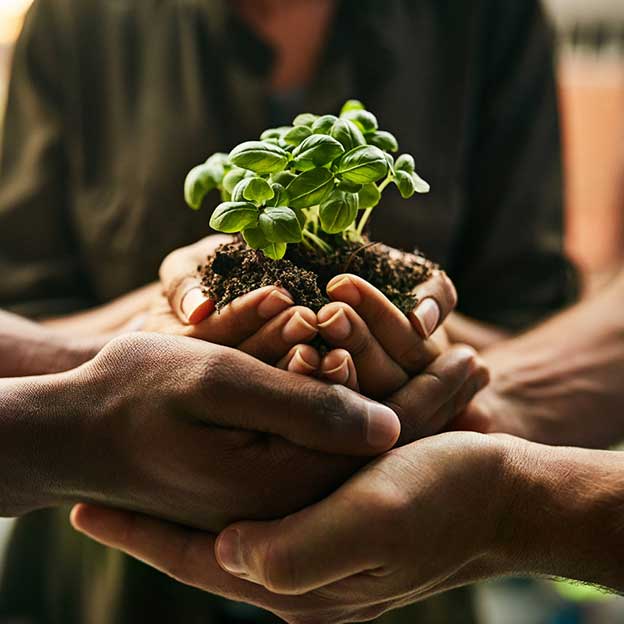 The future of the global food systems is in our hands. Let’s make the future grow! Credit: Barilla Foundation

The Advisory Board of the Barilla Foundation, described as an independent foundation that works on proposing concrete actions to solve issues around global food systems, has proposed a strategy to transform the food systems through shared and systemic solutions and a global collective commitment.

The online international dialogue is expected to highlight the critical role of farmers in feeding the world and managing natural resources, food business in progressing towards the 2030 Agenda, and chefs in re-designing food experiences. The prospects of technology and innovation, the role of food as prevention and the most recent policy developments, including the EU Farm to Fork Strategy, will also be discussed.

Asked if the availability of two vaccines by early next year will contribute to alleviate or end the food emergency, Nierenberg told IPS that while the vaccines are promising and will health ensure the health of millions and millions of people, the pandemic has shown us how fragile our food and economic systems are–it exposed a lot of cracks that were already there, but that have grown wider since the pandemic.

“We’ll need more than vaccines to make sure that food is considered a human right and that people around the globe have access to a living wage and safe, affordable, and accessible food,” she declared.

Oxfam America’s Maxman told IPS the exciting news about vaccines is providing hope of getting out of this global nightmare, but the scientific breakthrough is only part of the equation.

Equally important, she said, is making sure every single person on this planet can get it as soon as possible. But at the moment, rich countries, including the US, are already hoarding more than half of the vaccines to be developed by the companies with the leading five vaccine candidates.

“With only 4% of the world’s population, the US has already reserved almost 50% of the Pfizer’s total expected supply in 2021. That’s why Oxfam is calling for a people’s vaccine: a global public good, freely and fairly available to all, prioritizing those most in need here at home and around the world”.

To protect everyone no matter their wealth or nationality, corporations with the leading candidates for an effective COVID-19 vaccine must commit to openly sharing their vaccine technology to enable billions of doses to be made as soon as possible at the lowest possible price, Maxman declared.

Asked about the impact of waste, obesity and overconsumption, Nierenberg said: “I think NOW is the time for a real resetting of the food system”.

“It’s clear that agriculture needed to be revolutionized pre-pandemic—and we can’t return to the way things were”.

These unprecedented challenges, she noted, provide enormous opportunities to create a food system that can’t be broken—one that is truly regenerative and restorative, and that leaves no one behind.

“We can’t go back to “normal.” Normal left us vulnerable, and this crisis has widened the cracks in a food system already in need of repair. But this is our time to pivot. Right now, we can develop long-lasting solutions to nourish both people and the planet,” declared Nierenberg, recipient of the 2020 Julia Child Award and who spent two years volunteering for the Peace Corps in the Dominican Republic.

Maxman said: “The global food system is broken. We must rebuild a fairer, more resilient, and more sustainable food system”.

The fact that eight of the biggest food and drink companies paid out over $18 billion to shareholders even as the pandemic was spreading across the globe illustrates just how broken our food system is, she noted.

But as countries recover from the crisis, governments must prioritize investing in small-scale producers, ensuring that women food producers do not face discrimination, taking steps to make sure food producers can adapt to climate change, and demanding that big food and beverage companies pay workers a living wage, she declared.