”If I am not for myself, who will be for me? But if I am only for myself, who am I? And if not now, when? That which is hateful to you, do not do to your fellow [...] go and learn.”
Hillel the Elder, active during the first century BCE 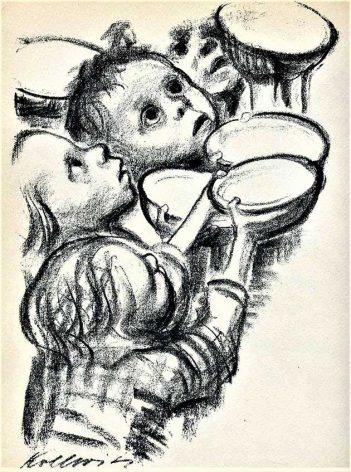 STOCKHOLM / ROME, Nov 24 2020 (IPS) - On 10 December, representatives for the World Food Programme (WFP) will in Norway receive the Nobel Peace Prize at the Oslo City Hall. This is taking place while the COVID-19 pandemic is causing lock-downs and suffering all over world, limiting agricultural production and disrupting supply chains.

The World Food Programme focuses on hunger and food security. It supports 100 million people in approximately 90 countries. Two-thirds of WFP´s activities are carried out in conflict zones, where the organization provides food assistance to people who otherwise would have been fatally affected by undernutrition and starvation.

It is in particular the world´s poorest households that suffer from acute hunger, and their situation is worsening. In 2019, 135 million people were categorized as ”critically food-insecure” and the numbers are constantly increasing. This is not only due to the ravages of COVID-19, the current food crisis is furthermore aggravated by weather extremes, economic shocks, sociopolitical crises, lack of employment, increasing food prices, as well an endemic lack of adequate nutrition and food diversity, safe water, sanitation and health care. In several areas, protracted armed conflicts are adding to the suffering. An estimated 79 million people are currently displaced – 44 million internally, while 20 million refugees are under UNHCR´s mandate. Being deprived of their livelihoods a vast amount of these desolate individuals are constantly threatened by starvation.

Considering the above, you could assume that most people reckon that WFP´s Nobel Prize is well-deserved. Nevertheless, the World Food Programme and its mandate have often been questioned. Some have even demanded the organisation´s demise, referring to a general debate about the net effectiveness of aid. Among other arguments it has been stated that some nations have become overly reliant on foreign aid and it thus has to cease. Politicians, journalists and even some aid workers have pointed out that food support to starving people may worsen an already catastrophic situation by prolonging conflicts, creating and stimulating corruption, strengthening predatory regimes, supporting warring fractions and fostering black markets. Furthermore, it has been indicated that an apparent inefficiency of huge, UN supported and global organizations like WFP, motivates their defunding.

During assignments as consultant to WFP´s Headquarters in Rome I have listened to people telling me about their experiences from being confronted with thousands of starving people, especially undernourished, sick and dying children. This while they were putting their own lives at risk, being surrounded by murderous armies, bandits and militias. I was also told about their discomfort at being forced to cooperate with politicians who used starving people as pawns in their cynical power games. When asked if they believed in WFP´s mandate and right to exist, they answered that if you have been confronted with the suffering of severely undernourished fellow human beings, you could not even imagine a justification for not trying to help them. “To witness someone dying due to undernourishment is horrible. How can your conscience endure the knowledge that you did nothing about it, while realizing that you could have saved the one who died.”

The people I talked to were well aware that the organisation they served had its shortcomings, but they were also eager to amend them. They told me they felt privileged for having been provided with a possibility to ease the suffering of others. While passing through the foyer of WFP, I could not avoid a glance at a wall covered with bronze plaques paying homage to WFP staff who had been killed in the field while trying to help starving people. Last time I saw the wall, sometime in 2018, there were 98 names.

Like any other UN organisation, WFP is not a self-sufficient entity, it depends on voluntary donations, principally from governments. Accordingly, WFP consists of its member states and criticizing WFP means that you actually need to question your own government´s engagement in the running of the organization. Amending WFP´s flaws does not mean cutting off its financial support, it would be far better if more people became informed about the organization´s impressive achievements and tried to rectify assumed deficiencies by working through their own representatives within WFP.

Why should we terminate an experienced, global organization, which keeps track on human suffering around the world, while trying to amend it? Why allow suffering, when it can be mitigated? We all depend on each other. The suffering of others is a warning to you and me, as Hillel stated in the quote above – if I chose not to help someone, how can I then demand help from others when I find myself in peril?

Many of us live within an absurd paradise of reckless consumption, depleting the resources of our planet, destroying the very prerequisites for our existence and well-being. Just the packaging of everything we consume threatens to asphyxiate the Earth. The cost of supporting WFP and it efforts to amend world hunger is a minuscule fraction of what is spent on luxurious, unnecessary and even harmful luxury production – not talking about the arms industry. To accord a Nobel Peace Prize to an organization like WFP constitutes an acknowledgment of the responsibility we all have for each other.

In times when every inhabitant on Planet Earth is overshadowed by COVID-19, a Nobel Peace Prize to WFP reminds us how precious we are to each other. When people are confronted with a disease that so far cannot be controlled by drugs and efficient health care it makes us realize the importance of ignoring petty chauvinism, narcissism, power games and egoism. It is high time to increase international cooperation and realizing that the Earth is an enclosed, biological sphere, where we for our own survival have to join forces to save both our planet and humanity. No nation can single-handedly combat a pandemic, neither can starvation and pollution be amended without international organisations.

So let us rejoice in WFP´s Peace Prize and hope the world´s wealthy nations realize the urgency of supporting the organisation and replenish its funds. Their contributions have so far been insufficient for covering the identified needs of food-insecure populations and WFP´s funding gap is currently USD 4.1 billion and steadily increasing.