Is High Tech a Danger to Humanity?

COVID-19 has made several of us aware of the frailty of our bodies, the certainty of death and how valuable health, companionship and compassion are. Such insights are not uncommon in poor societies where a person’s main and perhaps only asset is her/his body and what s/he is able to do with her/his hands. However, wealthy and privileged people are surrounded by, dependent on, and even integrated with an ever more sophisticated technology, which increasingly, for better or worse, is separating us from what human existence has been for thousands of years. 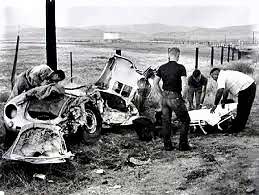 Once technology has made its entry into the human sphere; from fire and wheels, to printing presses, trains, radio, aircraft, TV, the Intranet, sophisticated weaponry and … cars, everyone’s life, even unprivileged ones, has changed to an extent that it is difficult to fathom. For example, cars were invented as an effective and comfortable means of transport, but they soon became so much more.

Our cities, the entire landscape, has utterly been changed to accommodate motor vehicles. An ongoing change that has been far from accomplished. I have been stuck in endless traffic jams in places as different as Kinshasa and Bangkok. Traveling by car through Europe has become a nightmare with hordes of enormous trucks clogging traffic everywhere and menacing lives and limbs of other road users, whose lives already are at risk by the behaviour of reckless drivers. Each year approximately 1.35 million people are killed on roadways around the world, meaning that each day more than 3,700 people are killed in clashes involving cars, buses, motorcycles, bicycles and trucks. Traffic accidents are currently the leading cause of death for children and young people 5–29 years of age. Not counting the millions of persons becoming seriously maimed for life.

Motor vehicles fill the atmosphere with smog, carbon monoxide, and other toxins, something that on top of the damage wrecked to the entire biosphere is especially troubling since this poisonous air leave tailpipes at street level, where humans and animals breathe the polluted air directly into their lungs.

Don’t get me wrong – I own a car and it has given me an unprecedented freedom and brought me to places and experiences I would neither had the time, nor the possibility to reach without my car. Nevertheless, advancing age and the COVID-19 pandemic, which I assume is to a great extent caused by our manipulated natural environment and advanced communication means, have made me think of how amazingly fast, mind changing and even dangerous technological change has become.

In my youth, a telephone was a device with a round number dial, which through landlines was hooked up to switchboards. An interurban call could be both cumbersome and expensive. Nowadays a telephone combines cellular and mobile computing into one, small unit that takes photos, shows the person you are talking to, stores and provides a wealth of information, tells you were you find yourself and within a second, and at a low cost, connects you with people anywhere in the world. How could I even dream about this in the 1990s when I first encountered a mobile phone?

It all started 1957, when an Egyptian engineer named Mohamed Atalla proposed a metal-oxide-semiconductor (MOS) process, based on the use of silicon. In 1983, the first commercially available handheld mobile phone was introduced and in 2014, worldwide mobile phone subscriptions had grown to over seven billion; enough to provide one for every person on Earth. In 2019, the majority of smartphones released have more than one camera, are waterproof and unlock using facial recognition, or fingerprint scanners. I own a much simpler device, but it has become an integrated part of my life. Friends and family become upset if I don’t carry it with me.

The car took longer time to become what it is now, approximately a hundred years. However, like the smart phone it has in many parts of the wold become an integrated part of an individual’s life and personality. When I more than twenty years ago visited a relative in Miami I found there were no sidewalks and how I during my morning strolls felt how her neighbours suspiciously watched me, brooding behind their curtains, or while mowing their implacable lawns. A pedestrian! It must be a shady character, even if he is reasonably well-dressed.

A friend of mine living in the USA once told me he was going to invest his hard-earned money in a new, luxurious car, even if he actually could not afford one. When I asked why he made such a stupid investment, he replied: “I have to be able to look my children straight into their eyes. I do not want them to be ashamed of having a loser as a dad. A bastard who cannot even afford a proper car.”

There is no way of avoiding the fact that the car has become part of “Western mentality”. Pixar Animation Studios have made highly successful films, Cars 1, 2 and 3, about humanized motor vehicles, and horror book writer Stephen King has written several captivating novels about demon cars possessing their owners. The UK author J.G. Ballard wrote a disgusting novel, Crash, about symphorophilia, a form of pathological car-crash fetishism where humans and cars intermingle in an inseparable manner.

A comfortable, beautiful car may envelop us in soothing comfort and impart a sense of well-being and confidence, as in Bruce Springsteen’s Pink Cadillac:

I love you for your pink Cadillac.
Crushed velvet seats.
Riding in the back,
Oozing down the street.
Waving to the girls,
Feeling out of sight.
Spending all my money
On a Saturday night.

Quite a number of American songs pay homage to the freedom of Open Higways, rides into the wilderness and freedom of the unknown. However, this does not prevent such rides from being journeys mixed up with anxiety, and perhaps even fear. Springsteen again – Stolen car:

And I’m driving a stolen car
On a pitch black night.
And I’m telling myself I’m gonna be alright
But I ride by night and I travel in fear
That in this darkness I will disappear.

Accordingly, cars have for many become incarnations of more or less hidden desires, as well as part of their personality. The main technological surrogate and an easy manner for obtaining life-affirming adrenaline rushes and endorphin kicks might still be car driving, preferably in luxury vehicles and at a high speed. A pleasure that for commercial reasons often has become associated with sex. Advertisements and popular culture tell us that luxury vehicles attract sexual partners and enhance our personal prestige.

In 2019, almost 92 million motor vehicles were produced worldwide, with China, Japan, and Germany as the largest producers of private cars and commercial vehicles. An estimated 1.4 billion cars and trucks are currently moving on the roads of the world, every year consuming more than a thousand billion litres of fossil fuel.

However, a paradigm shift might lie ahead. Self-driving and electrical cars will with all probability take over the roads and consumers may be inclined to chose more environmentally friendly means of transportation than expensive and prestigious luxury cars. European car manufacturers have discerned a trend among young consumers indicating that several of them like to purchase small, eco-friendly vehicles, or prefer to use common means of transport instead of owning a car of their own.

However, this does not mean that humanity will be liberated from its possibly fatal dependence on technology. In order to survive we have to be aware of the dangers this mentality implicates for the survival of our biosphere and thus human life. If we had been better intellectually equipped, more morally oriented, we might have been able to use our sophisticated technology for better purposes. Now it seems to threaten us instead, as though we were stuck in a car while traveling at high speed towards a final accident, a crash. A dangerous and incomprehensible world.