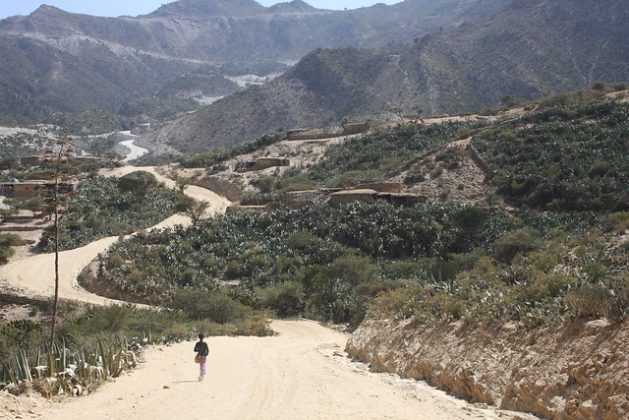 The rugged landscape of Tigray, Ethiopia’s most northern region, stretches away to the north and into Eritrea. The Tigray Region has been rocked by conflict since November 2020, when forces loyal to the Tigray People’s Liberation Front clashed with federal soldiers over the autonomy of the region and the composition of the federal government. (File photo) Credit: James Jeffrey/IPS

UNITED NATIONS, Feb 11 2021 (IPS) - The Norwegian Refugee Council (NRC) has called for unimpeded access to all parts of Ethiopia’s Tigray Region, to locate an estimated 20,000 unaccounted for refugees and assess damage to its Hitsaats Camp which was looted and set alight in early January.

“3,000 of the refugees have been relocated or have been able to move themselves to camps in southern Tigray, but that leaves possibly as many as 20,000 completely unaccounted for and that’s the real problem. We don’t know where those people are,” Jeremy Taylor, NRC’s head of Advocacy, Media and Communications for East Africa and Yemen Region, told IPS. He added that according to satellite imagery, NRC believes that the camps were empty at the time of the looting and burning.

The NRC’s Shimelba and Hitsaats camps provided shelter and food for about 25,000 Eritrean refugees and asylum seekers. The Tigray Region has been rocked by conflict since November 2020, when forces loyal to the Tigray People’s Liberation Front clashed with federal soldiers over the autonomy of the region and the composition of the federal government. Recent satellite imagery received by the NRC shows the camp among buildings looted and burned between Jan. 5 and 8. A school and a health clinic were also damaged.

Operations at the NRC camps stopped in November, at the start of the conflict. The camps house education facilities including eight classrooms, child friendly spaces and Youth Education Pack Centre which provides instruction in literacy and life skills for children separated from their parents. The interruption in services to the displaced coincided with a blackout of the Tigray Region. Telecoms services were cut and roads were blocked.

The NRC has condemned the destruction of its buildings, stating that the “rampage of burning and looting by armed men deepens an already dire crisis for millions of people”. It has called on the government and donor nations to investigate the destruction and hold perpetrators to account.

Taylor said NRC employees fled to their villages and some later travelled to urban areas to send word about the dire situation in Tigray.

“For three months that region has been completely blocked off from the world. The reports that have trickled out speak to extensive violence, extensive conflict and extensive impact on civilians,” he said.

The NRC says three months since the start of the conflict, fighting and tough bureaucratic challenges are impending humanitarian access into Tigray and rendering independent verification of the fate of refugees and facilities impossible.

The World Food Programme (WFP) said on Feb. 6 that it had struck an access deal with the Abiy Ahmed government that would boost transportation capacity and ensure strengthened partnership with the authorities to deliver humanitarian assistance into Tigray.

“WFP has also agreed to provide emergency food relief assistance to up to 1 million people in Tigray and launch a blanket supplementary feeding intervention to assist up to 875,000 nutritionally vulnerable children and pregnant and lactating mothers,” the statement added. 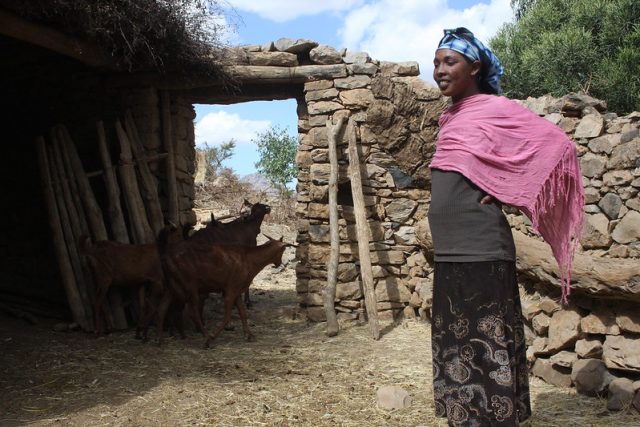 In Ethiopia’s northern Tigray region. Norwegian Refugee Council (NRC) says that for three months Ethiopia’s Tigray Region has been completely blocked off from the world. The reports that have trickled out speak to extensive violence, extensive conflict and extensive impact on civilians, the humanitarian agency says. (File photo) Credit: James Jeffrey/IPS

Acknowledging that the food and nutrition security situation is “especially challenging,” the WFP called for “strong partnership between the government and the entire humanitarian community” to quickly heighten response to the humanitarian needs. The NRC says, a good start would be unfettered access to the area for aid agencies.

“Some aid has got in, but it is a trickle of it. It has been patchwork and it has only reached certain parts of the Region – mostly main towns and main roads controlled by the government. It is not being sustained,” said Taylor.

The NRC has welcomed the WFP’s statement, but says while it is indicative of progress, some major challenges remain.

The NRC says for Tigray, a response that aligns with the scale and breadth of the crisis has not started. Taylor says humanitarian aid work would require an assessment to people’s location and their needs. For now, the NRC is not able to do that.

“What is needed is complete access to all parts of the region to bring in supplies and people. The real issue here is what happened to the people and that is our main concern.”