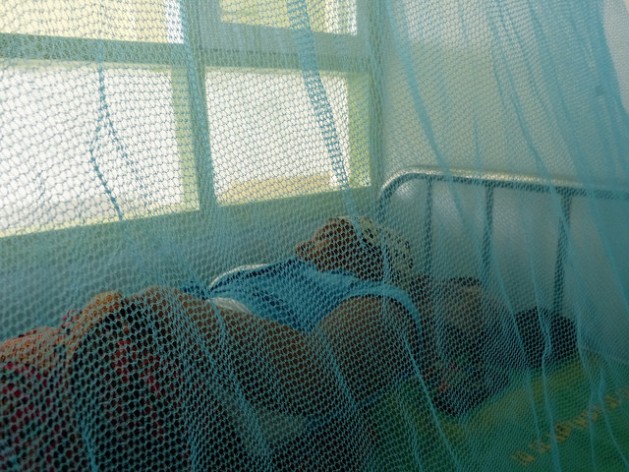 Two decades of investments in malaria so far have saved a staggering 7.6 million lives and prevented 1.5 billion malaria cases. But progress plateaued by the end of 2019 with political will and funding declining. Credit: Mercedes Sayagues/IPS

Apr 23 2021 (IPS) - The occasion of World Malaria Day amidst a global pandemic warrants an examination of the intersection between our decades long battle against the world’s oldest known fever and the newest known pathogen fueling a global pandemic.

In our estimation, one theme is abundantly clear: effective management of COVID-19 through coherent public health responses protecting their people are underpinned by strong leadership. For months now, we are largely operating with the same set of public health guidance such as physical distancing and masking.

When national leadership decide to prioritize an issue, there is no question that progress will follow; malaria provides an excellent example. After two decades of strong political commitment and effective interventions, 21 countries from every region worldwide eliminated malaria, and many more are on the cusp of elimination. 7.6 million deaths have been averted since 2000

From Singapore to Spain, Mauritania to Manhattan, outcomes, however, have been radically different. Yes, capacities to test, track and treat vary widely; the poor face greater risk exposure. Even with these disparities, it is clear that leadership is key: from accepting the guidance of science to the role of communities in translating policies into action.

When national leadership decide to prioritize an issue, there is no question that progress will follow; malaria provides an excellent example. After two decades of strong political commitment and effective interventions, 21 countries from every region worldwide eliminated malaria, and many more are on the cusp of elimination. 7.6 million deaths have been averted since 2000.

How then, in the midst of a global pandemic, can we accelerate the fight against malaria? Indeed, what are relevant lessons from malaria for public health amidst COVID-19?

Three areas are critical to re-accelerate the momentum and ensure malaria elimination remains a viable goal.

First, we must maintain the political will that drives leadership at multiple levels– families to communities to districts up to the national level.

Second, we need sustained financing for malaria and to communicate effectively to leaders the return on investment in terms of improved health outcomes.

Third, we must clearly articulate the link between malaria and health systems strengthening.

Progress to date has shown that political will is fundamental to elimination. Leaders in the two regions have demonstrated this political will.

We believe that with continued political leadership; reinforced by increased public and private sector funding to expand access to life-saving tools, we can – and must – end malaria. The establishment of the Global Fund to Fight AIDS, TB and Malaria, the President’s Malaria Initiative as well as ALMA and APLMA were due to this political commitment and demonstrates shared responsibility and global solidarity.

To effectively translate political will to action and impact, sub-national leadership at the district, provincial and state levels is also critical, particularly as we approach elimination. Strong local leadership can support sub-national tailoring of interventions based on locally available data to maximize impact in both the Asia Pacific and in sub Saharan Africa.

To drive the malaria response, joining the dots coherently between all levels of Governments, from Heads of State right to the hearts of communities, including the most vulnerable and hard to reach, is the only way to ensure sustainable change.

Political will translated to financial commitment for malaria must be sustained. We have come so far and have a historic opportunity to end a preventable and curable disease, in a time marked by devastating communicable disease impact.

Two decades of investments in malaria so far have saved a staggering 7.6 million lives and prevented 1.5 billion malaria cases, which in turn has significantly reduced burdens on health systems worldwide, improved maternal and child health, survival and prosperity.

But WHO’s 2020 Global Malaria Report shows progress plateaued by the end of 2019 with political will and funding declining. There is too much at stake if we do not sustain the momentum on the gains we have made to date: Malaria can put immense strain on economies, having a damaging impact on some nations’ GDP by as much as an estimated 5 – 6%.

It has been estimated that the malaria “penalty” to GDP ranges from 0.41% of GDP in Ghana to 8.9% in Chad, all of which could be regained following elimination of malaria. Complete eradication of the disease would increase GDP in Uganda by 50 million USD.

In Asia, despite the progress made, malaria elimination has the potential to save over 400,000 lives and avert 123 million malaria cases, translating to almost $90 billion in economic benefits for Asia Pacific.

Countries in Africa are rolling out and leading multisectoral End Malaria Councils and Funds which are keeping malaria high on the local political, development and local funding agenda. These institutions have resulted in increased action from the private sector and the public, sustaining the countries’ responses.

Surging investments in ending malaria is the pathway to eradication and will strengthen our ability to respond to future threats in this pandemic era. Investments in malaria have supported the scaling up of a community health workforce that serves as the eyes and ears on the ground for millions of fever-suffering children, adolescents and adults that don’t reach health clinics.

The basic yet most critical component of the fight against malaria, infectious disease management and public health at large is to test, track and treat. Strengthened surveillance, real-time data, and diagnostics are critical for early detection of malaria and other infectious diseases like COVID-19.

Africa has established the Africa CDC and its Regional Collaborating Centres to support African countries in their efforts to strengthen health systems and improve surveillance, emergency response, prevention and control of diseases. Asia Pacific countries are looking to establish similar mechanisms in the wake of the pandemic.

This speaks to the importance of integrating the surveillance of malaria within the broader health system. From 40,000 Health Extension Workers and an estimated three million Women’s Development Army Volunteers in Ethiopia, 33,000 trained front line healthcare workers in Uganda, to 1 million Village Health Volunteers in Thailand – all are managing COVID-19 while continuing to provide effective malaria case management during the outbreak.

While there is no single magic bullet for malaria elimination, evidence suggests that investments in the fight against malaria can in turn strengthen health system preparedness and help protect against current and future pandemics.

This World Malaria Day, we must come together as political, social, religious, administrative and economic leaders and recommit the political will and combined action to protect our people, to re-accelerate gains against malaria, and leverage malaria investments to fight COVID-19 and emerging diseases.

We have the tools and technology to test, track, and treat the most prevalent forms of the malaria parasite. Countries like Bhutan or Botswana have shown us what progress is possible; places the ten highest burden countries in Africa as well high burden countries in Asia Pacific such as India, Indonesia, Papua New Guinea reveal what work remains.

We know these challenges can be addressed; seizing this moment to double down on accelerating the task of malaria elimination while strengthening health systems is not only possible, but critical for our planet in the age of pandemics. To support this, platforms that allow for the exchange of expertise among leaders across districts and across national borders, that help track policy progress towards the end goal and drive accountability, can help make the difference.