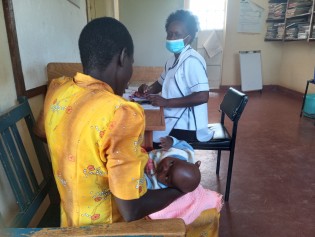 By Kesete Admasu
In the midst of the tragedy and turmoil caused by the COVID-19 pandemic, it’s gratifying to see work continuing in Africa to find new ways of fighting malaria, a very old disease that has been a formidable foe for thousands of years and still kills 400,000 people every year, most of them African children under five years old.

By Joy Phumaphi and Sarthak Das
The occasion of World Malaria Day amidst a global pandemic warrants an examination of the intersection between our decades long battle against the world’s oldest known fever and the newest known pathogen fueling a global pandemic.

By Dr. Fatoumata Nafo Traoré
Later this week, communities around the world will commemorate World Malaria Day for the last time in the context of the global development priorities set in 2000.

By Stella Paul
Thirteen-year-old Sampreeth Monteiro’s neighbours are suddenly taking his advice seriously. “Buy a Guppy fish, it will eat all the mosquito eggs in your house. You will not get malaria again.”

By Carey L. Biron
Researchers unveiling critical trial results of a potentially major anti-malaria vaccine are expressing disappointment that the drug’s efficacy levels have proved lower than they had anticipated.

By Catherine Wilson
In Papua New Guinea, a Pacific Island nation located south of the equator, 90 percent of the population is at risk of malaria and 1.9 million cases are reported every year.  But, according to a recent medical study, a programme to distribute long-lasting insecticide treated mosquito nets to every district in the country has dramatically reduced malaria infections.
ADVERTISEMENT ADVERTISEMENT