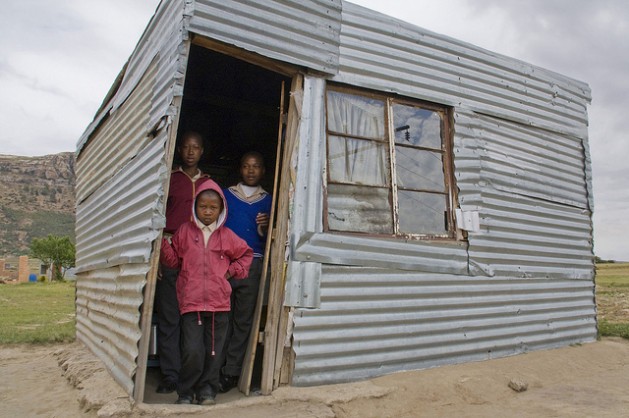 WASHINGTON, Nov 14 2012 (IPS) - After weathering the departure of its executive director amidst a misallocation scandal earlier this year, the world’s largest funder of programmes to address HIV/AIDS, tuberculosis and malaria is poised to announce a new leader Thursday.

The performance-based Global Fund is a giant in the field of multilateral health financing, channeling 82 percent of the funds for TB, 50 percent for malaria, and 21 percent of the international financing against HIV/AIDS. To date, it has approved 30 billion dollars’ worth of spending.

“They need to do reform 2.0 which focuses on better measurement and accountability on actual disease results,”
Amanda Glassman, director of global health policy at the Centre for Global Development, told IPS.

“We focus too much on paperwork being consistent instead of on what we want the paperwork to achieve,” she said.

The former executive director, Michel Kazatchkine, resigned at the beginning of this year after the AIDS Health Foundation wrote a report in September 2011 urging him to step down amidst a funding misallocation scandal.

More than a year later, the Global Fund is still attempting to recover from that experience, which saw millions of dollars go unaccounted for in four African countries.

“The Global Fund has a terrific record of saving lives,” Deb Derrick, the president of Friends of the Global Fight Against AIDS, Tuberculosis, and Malaria, told IPS. “They have cut their staff by 20 percent and are operating under a tightened budget. I think a good manager is very well-positioned to do even more with the resources at hand.”

The vast majority of that money, 95 percent, has come from the public sector. The United States leads donations, followed by France, Japan, Germany and the United Kingdom.

For this reason, however, the global financial crisis has hit the Global Fund hard, resulting in a large decrease of public sector donations. In May 2011, the Fund stated that it was 1.3 billion dollars short of its proposed budget for 2011-13.

The Global Fund gives grants based not only on need and vulnerability, but also on the results that recipient countries are able to show. Countries apply for each new round of funding and measure their results against the goals set by previous grants.

In November 2011, the Global Fund was forced to cancel its 11th round of funding due to inadequate resources from donors.

The Fund also suffered, both politically and financially, following the misallocation scandal that came to light in early 2011. Months prior, the Global Fund’s independent Office of the Inspector General had published reports finding that 34 million dollars had gone unaccounted for in four African countries receiving grants.

Germany and Sweden both suspended their donations following this discovery, although they resumed funding in 2011.

In direct response, in September 2011 the Global Fund announced a new five-year strategy for 2012-16 that supports more “aggressive management and oversight of grants, encourages more flexibility in tailoring activities to specific country’s needs, and embraces more country ownership of programs through increased involvement of country governments.”

“I think the inspector-general has done a fabulous job in looking at how to make the Fund more transparent and has undertaken a lot of the reforms and activities to achieve this,” Derrick told IPS.

In September, the Board approved a new funding model for the Global Fund based on the decrease in donations. The new model changes the way in which countries apply for grants, with the aim of putting more money into the most vulnerable populations.

However, there is concern that this will stray slightly from the performance-based funding for which the Global Fund is renowned.

“In order for the Global Fund to remain distinguishable from other organisations that can handle the money such as the World Bank, it needs to build out their performance base model and their accountability for results,” Glassman told IPS.

“If the Global Fund does this it will thrive in the next 10 years of its existence.”

Others are concerned that the new funding model would virtually leave Latin America and the Caribbean out of the Global Fund’s granting, due to how the Fund categorises income levels.

Commenting on this criticism, Derrick says, “Part of this whole reform effort is adjusting to this fiscally constrained environment, getting the money to where it is most needed, and trying to make sure that all vulnerable populations have money allocated to them.”

In October, the U.S. government passed a budget that included a 27-percent increase in funding for the Global Fund. However, the budget also included significant cuts to programmes that addressed only one of the diseases focused on by the Global Fund.

This will likely result in an increase of applications for grants from the Global Fund as money dries up from the U.S. malaria and TB programmes.

The new executive director will have to manage the new funding plan as well as the likely increase of applications while still maintaining the Global Fund’s defining principles.