WASHINGTON, Nov 9 2012 (IPS) - Researchers unveiling critical trial results of a potentially major anti-malaria vaccine are expressing disappointment that the drug’s efficacy levels have proved lower than they had anticipated. 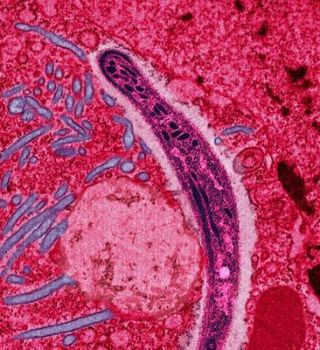 Following on decades of research, the third phase of testing on a vaccine known as RTS,S found that the drug reduced malaria rates among infants (age six to 12 weeks) by about a third, far lower than expected.

The study, funded largely by the Bill & Melinda Gates Foundation, is part of the largest malaria trial ever conducted, taking place in seven African countries. Results were published Friday in the New England Journal of Medicine, a U.S. publication.

While still significant, the results were disappointing in having followed surprisingly positive findings last year, when a similar study suggested that RTS,S was almost twice as effective (47-56 percent) on slightly older children, those five to 17 months old.

If this most recent phase could replicate that level of efficacy among infants, researchers had hoped that RTS,S doses could become incorporated into the standard round of initial vaccinations commonly given to newborns – an approach that has now been proven safe.

“It’s a little frustrating that we’re seeing different levels of protection in different age groups compared to last year and this year,” Andrew Witty, the CEO of GlaxoSmithKline, a major drugs manufacturer and one of the central partners in developing RTS,S, told journalists Friday from London.

“As it turns out, this phase of study was not the final step that I think many people might have hoped. But it’s an important step and takes us further forward towards the goal we’ve been working toward over the past 50 years … this remains the lead and most encouraging candidate vaccine.”

Indeed, the new research constitutes the first time that scientists have found such high efficacy for an anti-malarial vaccine for infants. Witty notes that if the two rounds of study had been reversed, the psychological impact would be far different and the findings would undoubtedly have been widely lauded.

Further, the higher efficacy among the slightly older cohort remains extremely important, given that scientists have found that this age category has greater susceptibility to severe cases of malaria than do infants. While the ease of a single early vaccination would have been the most efficient scenario, researchers say they will now be looking into additional strengthening options, such as giving toddlers a booster later on.

“Two things are very, very encouraging,” Witty says. “One, the trial is successful, despite the fact that it doesn’t achieve quite the high level we would have hoped. Two, the benefit we’ve seen is higher than bed nets, which themselves deliver about 30 percent gain over nothing.”

This last point is an important one, and hints towards the approach that researchers appear to be taking to continue moving forward. Although there are still at least 12 months of additional testing planned ahead of a 2015 projected release date for RTS,S, it now seems clear that the drug will need to play a more limited role among a package of additional interventions.

This will include treated bed nets, which the study reports 86 percent of children under observation were using. Additional research will now look into how to tweak the usage of RTS,S based on age, location and other demographic characteristics.

“In combating malaria, one size does not fit all,” David Kaslow, director of the PATH Malaria Vaccine Initiative, a U.S.-based non-profit that has led the RTS,S research, said Friday from Cape Town, South Africa.

“There is a need for new options for controlling malaria, and we expect that different combinations of tools will be appropriate in different settings in Africa. So, to understand the optimal use for RTS,S, it is critical that we get input from African researchers, because they’re on the frontlines.”

Kaslow notes that the wealth of information coming out of the RTS,S-related studies will also provide “a lasting legacy in Africa for the capacity to develop solutions for malaria and other infectious diseases for years to come.”

Today’s global malaria burden falls most dramatically on Africa, where there are thought to be some 175 million cases of the disease. Ever year, around 655,000 people die of malaria, most of them children in sub-Saharan Africa.

Beyond health and wellbeing, such high numbers inevitably have a massive impact on the prospects for both individual and national economic development.

Yet even as the RTS,S studies move towards the projected 2015 release date, questions remain on how to ensure that the drug could feasibly get to the people that need it the most – whether its price can be kept low enough and whether it can be moved to areas that are often difficult to access.

On the first question, Witty says that GlaxoSmithKline has “made a very firm commitment that this vaccine will be priced at the cost of manufacture plus five percent margin, and all of that margin will be reinvested into future malaria research. So this will be a not-for-profit activity for GSK, where we seek to have the lowest possible cost to maximise access for families and children in Africa.”

On the second question, Salim Abdulla, director of the Ifakara Health Institute, an organisation based in Tanzania that is heavily involved in the current studies, says that Africa has a surprisingly positive record on getting drugs into the hands of those who need them.

“The experience so far with vaccination programmes in Africa has showed that this is one intervention that can be scaled up to reach many children,” he told journalists Friday from Cape Town. “This is one of the major reasons we’ve been able to control many types of diseases in rural Africa, even in remote areas.”

Testing will now take place on the longer-term efficacy of RTS,S, including 30 months after a third dose, as well as the impact of an additional booster. Results should be released by the end of 2014.