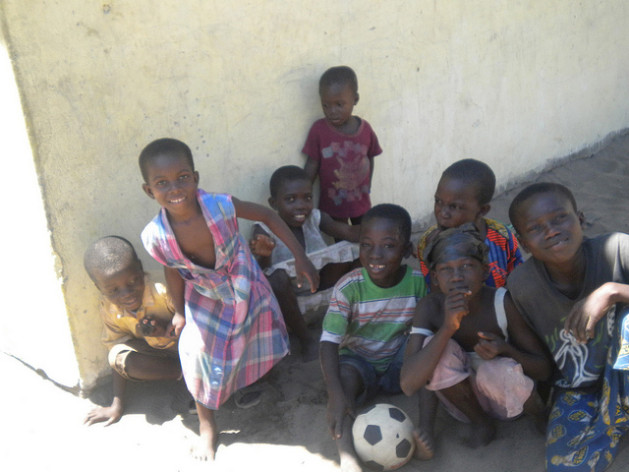 WASHINGTON, Apr 4 2013 (IPS) - A first-time ranking of 54 top research universities in the United States and Canada has found that a miniscule percentage of funding goes to neglected diseases, despite the outsized influence that public universities play in developing medicines for illnesses often ignored by the private sector.

According to the University Global Health Impact Report Card, released Thursday, less than three percent of research funding at these 54 universities went to neglected diseases in 2010. This includes not only the tropical illnesses, such as Chagas disease and sleeping sickness, but also paediatric HIV/AIDS, malaria and multi-drug-resistant tuberculosis.

Universities have a big role in making sure their research is translated into affordable medications for people in developing countries.

Altogether, more than a billion people globally suffer from these diseases, primarily in poor communities, according to data provided by the Universities Allied for Essential Medicines (UAEM), an international student coalition that carried out the research for the report card. Further, around 10 million people a year are said to die because they are unable to access required medicines, many of which are simply too expensive for them to purchase.

“We often hear from students in university labs who really want to focus on these issues but find that the same resources aren’t available to them as in more traditional areas of study,” Bryan Collinsworth, UAEM executive director, told IPS.

“This is not just about bringing in more grant funding – though that’s huge – but also about universities taking more concrete steps to say they’ll support this area of focus. For instance, hiring more faculty in these areas, making sure students have more fellowships in both the field and lab on these issues, and perhaps officially establishing a centre to ensure a specific focus.”

Indeed, 15 of the universities studied had created such a centre, and 10 of those succeeded in offering higher funding for neglected diseases, Alex Lankowski, a BostonUniversity student that participated in the UAEM research, told IPS.

Over the past three decades, some 1,556 new drugs were created, UAEM reports, but only 21 – less than two percent – were for neglected diseases.

“Universities are non-profit institutions operating in the public interest, heavily funded by government grants – meaning taxpayer-funded sources – so students know this means they have a special responsibility to serve the public good,” Rachel Kiddell-Monroe, president of the UAEM board, said Thursday at the report card’s unveiling.

“Universities regularly position themselves as places of learning, operating for the good of the world. Unfortunately, leading research institutions are not living up to their missions … So, students are demanding that these schools start taking concrete steps.”

The UAEM ranking does not focus solely on neglected diseases. Rather, it uses some 14 metrics to look more broadly at whether academic institutions are investing in research that addresses the health of poor communities worldwide.

This includes how those schools are licensing any research discoveries for commercial development, particularly whether they are doing so in socially responsible ways that ensure that related products will be affordable in developing countries. It also includes looking at university programming aimed at creating a subsequent generation of global health practitioners, as well as analysing the extent to which those attempts include a focus on low-income countries and quality of health worldwide.

Under these parametres – the data for which comes only from self-reported, publicly available sources – some of the world’s highest-profile universities fare poorly. Out of 54 schools listed, for instance, 15 are given “D” ratings, including the Massachusetts Institute of Technology (at 39th), New YorkUniversity (40) and ColumbiaUniversity (45).

By deadline, none of these schools had responded to request for comment for this story.

Kiddell-Monroe notes that global health is no longer the sole prerogative of the United Nations or private foundations. Rather, universities are “increasingly a site of key research and development in medicine – a role that is only set to increase,” she says. “For this reason, we need to examine the impact they’re having and hold them to account.”

Researchers have estimated that up to a third of new medicines are developed within the university system, including at least a quarter of current HIV/AIDS treatments.

“It is a problem not only when universities are failing to conduct research on diseases that afflict the developing world. But further, when a university discovers a lifesaving new medicine and licenses it to a drug company in such a way that developing world patients can’t afford – that impedes global health.”

Karunakara notes that Glivec, the anti-cancer drug whose renewed patent was recently denied by the Supreme Court of India, was developed largely through research done in universities. It was subsequently priced out of the market in developing countries, however, when the drug was licensed to the Swiss pharmaceutical company Novartis.

“If universities make commitments to prioritise low-income communities, we can go a long way towards improving global public health,” Karunakara says. “Universities have a big role in making sure their research is translated into affordable medications for people in developing countries.”

The study does turn up some mixed data in this regard. For instance, 21 of the universities reported having come up with standards for socially responsible licensing, while more than half of research licenses are “non-exclusive” – though that figure drops to around a third for medical technologies.

Further, “Self-reporting universities rarely seek to patent their technologies in developing countries, at least within the first year of disclosure, meaning that generic drug manufacturers could develop affordable developing-world medical products from these discoveries without fear of patent restrictions,” a report accompanying the report card states.

“Even in the emerging BRICS economies (Brazil, Russia, India, China, South Africa), universities sought patents on new technologies less than 9% of the time, and less than 2% for all other low- and middle-income countries.”

Still, “provisions to promote global affordability in exclusive licenses” were found to be “exceedingly rare”, being included less than 11 percent of the time.

Together, these statistics present a “clear challenge” to universities, MSF’s Karunakara says: “As institutions dedicated to the public good, now is the time for them to step up and play a major role in improving health worldwide.”