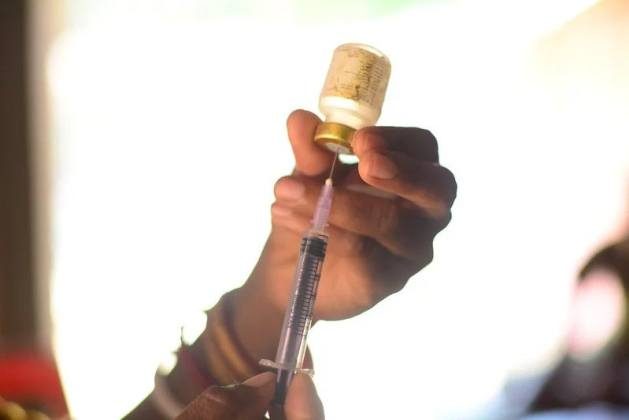 An SOP to vaccinate vulnerable groups without access to any kind of ID card is a much needed step, and one in the right direction. | Picture courtesy: Flickr

MUMBAI, India, Jun 7 2021 (IPS) - In May, the Ministry of Health and Family Welfare (MoHFW) uploaded a Standard Operating Procedure (SOP) related to ‘COVID-19 Vaccination of Persons without prescribed Identity Cards through CoWIN’ on its website.

This article aims to unpack the SOP, and argues how the government’s efforts, though a step in the right direction, are grossly inadequate to help the most vulnerable.

Key issues with the clauses outlined in the document:

Vulnerable populations seem to be an afterthought, at best

The system of vaccination assumes universal access to the internet, smartphones, Aadhaar, OTP, English, and digital literacy. The reality is that in 2020, smartphone penetration rate in India was only around 42 percent, while the internet was accessible to 45 percent

According to the 2011 Census, India has 400,000 houseless families, and 17,73,040 homeless people. Civil society estimates that this number could be much higher, as high as 3,000,000. While the SOP does identify certain vulnerable groups such as ‘nomads, prison inmates, inmates in mental health institutions, citizens in old age homes, roadside beggars, people residing in rehabilitation centres, or camps’ (sic), it does not set any date or timeline for its operations to help these populations, which is intriguing, given the current threat of the pandemic and the extent of vulnerability of the identified groups.1

Doing so sets the narrative that these groups are often an afterthought, which was evident even earlier when 16 states that account for 40 percent of the total homeless, did not feature that in their relief circulars last year during the lockdown.

While the SOP acknowledges that it received several representations from various state and governments and organisations, the timing of the release of the SOP leaves much to be desired. As of May 25th, 2021, there are more than 2,500,000 active cases in the country.

The scale of exclusion must not be ignored

Even going by the 2011 Census figures, which are a decade old and have a net omission rate of 2.3 percent, 0.15 percent of the country’s population are categorised as homeless. In addition, it is estimated that there are more than 11 million street children and about half a million transpeople in India. In all, considering the estimated population growth trajectory, today we could be talking about people in excess of 31 million,2 if not more, who do not exist in the government registers.

Just to get a sense of that number, let’s consider this: One hundred and forty-nine countries in the world have a population which is less than 31 million. That is the size of the population missing from our radar today, and this includes semi-nomadic tribes, de-notified groups, transpersons, and migrants, among others. Imagine the significance of this omission in the context of COVID-19.

There is little clarity on the ID cards too. Of the seven photo IDs prescribed for the Co-WIN registration and vaccination, Aadhaar is comfortably the most ubiquitous. As of February 2020, the government said that more than 90.1 percent of the country had been issued Aadhaar cards. However, the State of Aadhaar 2019 report said that among the homeless, the percentage of people not having Aadhaar is as high as 30 percent. There is no clarity as to how the rest are supposed to access vaccines.

While there are some provisions in the SOP for people without the prescribed ID cards, the document falls short on many levels; importantly, there are no budgetary allocations for the tasks outlined. For instance, according to the SOP, a District Task Force should identify vulnerable groups locally, so they may be vaccinated even without having any of the seven prescribed cards. However, there are no mentions of any budgetary allocation for this process.

This leads to questions such as: Who will take up the task of identifying these groups? How and when will this be done? How will the exercise of identifying, mobilising, and ensuring vaccination for people without ID cards, be carried out without the allocation of any monetary resources? Where will this sit among the priorities of state governments needing to carry out vaccinations for all their people?

Perhaps most strangely, the SOP is completely silent on follow-ups that need to be done with the ‘cohort’—a term used in the SOP but not defined—that are essential to ensure both rounds of the vaccination process are conducted. Given the risk of forced displacement due to their homelessness, how will the District Task Force ensure full vaccination for all people without ID cards?

The decision of the government to centralise vaccine registration on a single portal has received enough criticism already. The process of booking a vaccine slot has become as difficult as winning a lottery; the Ministry should be taking all efforts to simplify this process.

The details about the creation of additional features on Co-WIN is shrouded in technical legalese (‘subject to the limit of session capacity’) and makes no commitments on timeline of delivery.

The system of vaccination assumes universal access to the internet, smartphones, Aadhaar, OTP, English, and digital literacy. The reality is that in 2020, smartphone penetration rate in India was only around 42 percent, while the internet was accessible to 45 percent.

The Co-WIN portal was launched in January 2021, to coincide with the rollout of the vaccine. However, it is only now in May, that the Ministry seems to have woken up to the idea of making the portal accessible in other Indian languages.

The last bullet point of this section of the SOP reads like a cruel joke. It says digital vaccination certificates will be provided to recipients, preferably at the vaccination centre itself. The Ministry might do well to recognise that if people had the capacity to receive digital certificates on smartphones, they probably wouldn’t need to be beneficiaries of this SOP in the first place.

An SOP to vaccinate vulnerable groups without access to any kind of ID cards is a much-needed step, and one in the right direction. However, the manner in which it has been conceptualised makes it seem more like a half-step than a full one. It attempts to locate the recipients but not the context in which they live in society; it urges them to get vaccinated but does not make any firm commitments; it delegates responsibility but does not accept any accountability. The social sector also seems to be completely consumed by the prevailing medical narratives, ie, lack of oxygen, ventilators, plasma, and so on. It is sadly yet to articulate the concerns of those on the margins. ­­

Raghunandan Hegde works with Apnalaya as the director of impact. With more than a decade and a half of experience across programme strategy, operations, and monitoring and evaluation, Raghu’s current interest lies at the intersection of technology and social justice, and it’s potential to challenge structural inequity.

Arun Kumar has worked with social purpose organisations for more than two decades. Through the lens of social justice and non-violence, Arun has engaged with issues of marginalisation, both, in urban and rural spaces. He develops programmes and strengthens organisations invested in holistic development of communities on the margins. A student of Historical-Sociology, Arun obtained his doctorate from Binghamton University, USA; has authored three books and several articles. He writes stories for children and poems for adults, and makes documentary films.