Agroecology can fight malnutrition, curb conflict AND build community self reliance and resilience–in hunger hotspots and beyond

BOSTON / NEW YORK, Jun 11 2021 (IPS) - Acute hunger is expected to soar in over 20 countries in the next few months, warns a recent report on global “hunger hotspots” from the UN’s Food and Agriculture Organization (FAO) and the World Food Programme (WFP). An estimated 34 million people are “one step away from starvation”, pushed to the brink by climate shocks, conflict, and the Covid-19 pandemic. 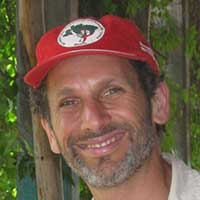 The food aid industry is likely to be very busy in the coming years, even as Michael Fakhri, the UN special rapporteur on the right to food, points out that the “right to food is different from a system of charity. Often the donors are part of the problem.”

At the Agroecology Fund–a force of more than 30 donors, 10 advisors and hundreds of grantee partners embedded in the global agroecology movement–we believe that to be part of the solution, an agroecological and food sovereignty lens must guide food security interventions, especially in times of acute crisis.

Evidence that agroecology is one of the most effective solutions to hunger and malnutrition mounting. Agroecology and traditional indigenous food systems help communities strengthen their food systems independent of external inputs or imported foods. By improving food sovereignty and access to healthy foods, agroecology increases farmer incomes, curbs out-migration from rural regions and addresses the root causes of hunger.

Importantly, agroecology addresses the root causes of conflict too. A new report by the International Union for Conservation of Nature (IUCN) finds that countries where land and water become scarce or degraded tend to be more conflict-prone, and that “conservation, [and] sustainable and equitable management of nature plays an important role in preventing conflict and in rebuilding peace.” That is why agroecological practices, which steward natural resources, protect biodiversity, and support the wellbeing of indigenous and local communities, help curb conflict. Research by Coventry University in the UK also reiterates that agroecology creates a foundation for peace-building efforts in fragile environments.

In the past year, as Covid-19 exposed the vulnerability of our globalized, industrialized food system, our grantee partners sprung into action. Even in conflict zones or “hunger hotspots”, there exists local capacity to provide solutions. 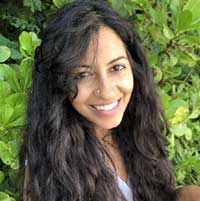 In Haiti, which imports the majority of its food, Mouvement Paysan Acul-du-Nord initiated cooperative farming in 25 communities to ensure food sovereignty. Those who owned land invited landless farmworkers to use it to produce food, and families shared harvests of rice, sweet potato, and beans with each other. In Nigeria, where artisanal fishers are among the most marginalized communities ––threatened by climate change, displacement and water pollution–– Fishnet Alliance provided fishing gear for fishers to feed their families and earn an income. The Alliance helped amplify fishers’ voices to policymakers: urging that traditional governance systems over the commons be respected. In Burkina Faso, Groundswell International trained women and youth to make masks and liquid soap, and encouraged the government to buy local agroecological produce for their school food and food aid programs.

Stories of their resilience and grassroots power are inspiring. In Palestine, as decades of conflict with Israel have deprived populations of land and water, the Union of Agriculture Work Committees (UAWC) saves traditional, locally adapted seeds for farmers; at refugee camps in Gaza and the West Bank, they helped families grow food on rooftops during the pandemic.

In Rwanda, communities involved in the Global Initiative for Environment and Reconciliation (GER) agroecology programs have begun peace-building talks to heal the deep rifts caused by the 1994 genocide against the Tutsi. One survivor noted that agroecology diminishes mistrust and suspicion between groups as: communities work together to share harvests.

Now compare these strategies to the conventional development paradigm, in which boatloads of foods (too often, the surplus of US-grown genetically modified commodity crops) are “donated” to conflict areas, entrenching the unsustainable industrial agriculture model within the United States while undermining local agricultural practices and biodiversity in poorer countries.

As John Wilson, an advisor to the Agroecology Fund, says: “We have to be bolder in our nutrition approaches than we have been—more creative and innovative.” Our partners from Rwanda, Burkina Faso, Haiti and elsewhere, working at the frontlines of multiple crises, embody these bold and innovative approaches to deal with the root causes of malnutrition and conflict in the short- and longer term. Even as they fight hunger through self-help and mutual aid, they are improving livelihoods, stewarding landscapes, and mitigating climate change. And they are urging their governments to invest in small farmers and local agricultural production, so that communities can strengthen their resilience and achieve the deep and lasting food systems transformation we so urgently need. By supporting their efforts to make agroecology the cornerstone of global food systems, we can move millions away from starvation—in “hunger hotspots” and beyond.

Daniel Moss is the Executive Director of the Agroecology Fund. Amrita Gupta is the Fund’s Communications Lead. For more information on the Fund and its partners, visit the website.