Modern Slavery: How Consumers Can Make a Difference 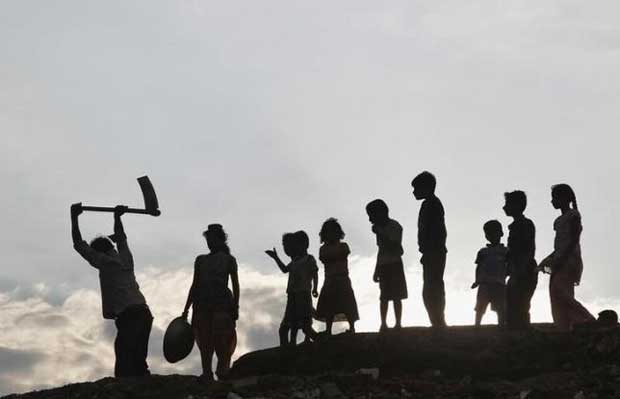 Estimates reveal that there are 40.3 million people in slavery worldwide as part of a US$32 billion business. Credit: UN images.

Jul 4 2021 (IPS) - Few people want to buy products that involve the exploitation or enslavement of the workers who make them – but that’s exactly what most of us do on a daily basis.

Estimates reveal that there are 40.3 million people in slavery worldwide as part of a US$32 billion business. Extreme labour exploitation and other forms of modern slavery are embedded within the supply chains of many of the products and services that we choose to consume regularly, such as laptops, mobile phones and clothing.

This raises important questions: how responsible are we for the slavery that is directly connected to our consumption, and what role should consumers play in reducing the demand and supply of products and services made by exploited workers?

How responsible are we for the slavery that is directly connected to our consumption, and what role should consumers play in reducing the demand and supply of products and services made by exploited workers?

On the one hand, the few examples of government legislation – including the UK’s 2015 Modern Slavery Act – clearly place some level of responsibility on consumers to be informed, to act, and to make choices that help to eradicate modern slavery. These actions include reporting suspected instances of exploitation and boycotting known products of slavery.

In contrast, however, others are increasingly arguing that it’s not up to consumers to police modern slavery. Commentators such as Sarah O’Connor and Emily Kenway remind us that the causes of slavery are systemic, embedded within the processes and structures of commerce and governance. They rightly suggest that slavery and forms of extreme labour exploitation cannot be reduced without addressing the structural role of government and business.

Global supply chains are complex and generally not visible or well understood by consumers. So asking them to take responsibility for how products are made may let businesses (who do understand this) and governments (who do have the power to change things) off the hook. Government and business do need to do more to address slavery in production systems through, for example, greater transparency, but where does that leave the role of the consumer?

Focusing on UK consumer understanding of modern slavery, our research highlights a more complicated and active role for consumers in challenging the exploitation of workers who produce the goods and services they consume.

It points to the broader observation that shoppers are often “complicit” when it comes to the social and environmental consequences of their consumer choices. Indeed, we find that consumers are not ignorant of the risks of slavery and extreme labour exploitation. More worryingly still, some consumers explicitly express their indifference towards such issues.

Reviewing the Modern Slavery Act and similar legislation reveals how our current system relies on consumers to report and boycott instances of slavery as a key mechanism in the overall eradication plan. We agree with the likes of Kenway that shifting responsibility away from businesses and governments and on to the consumer risks relieving these powerful players of their duties and commitments.

Yet, should this argument be used to negate all attempts to mobilise consumers? While it’s right to be suspicious of attempts to pass the buck on to consumers, we argue that removing all responsibility from consumers and insisting that the realm of consumption remains a seemingly benign and apolitical arena is not a useful way forward either.

The considerable consumer inertia in response to scandals in the UK such as Boohoo – which saw the company accused of sourcing its clothes from factories with poor health and safety records and paying staff less than the minimum wage – illustrates a need to sensitise consumers to the slavery in their consumption, and to elevate their power to act. This may be framed as calling on consumers to take positive citizenship action (lobbying) or negative action (boycotting).

It is important to recognise that consumer-citizens are not unfamiliar with taking action on important issues. For example, the understanding that we have environmental responsibilities as consumers is well rehearsed. It is accepted that “we must place on the consumer at least some of the responsibility for making the economy sustainable”, as Tim Jackson writes in Material Concerns: Pollution, Profit and Quality of Life.

Imagine action on climate change that didn’t include a role for consumers in taking some level of responsibility for their own impact through the consumer choices they make. Changing how we consume is a vital link in transitioning to a cleaner and more just society, even though businesses are disproportionately responsible for carbon emissions. It should be no different when we consider modern slavery.

While we don’t support the shifting of unrealistic levels of responsibility on to consumers when it comes to ridding society of modern slavery, our research does point to an important role for consumers, revealing that they do want to take action – just not on their own.

They want to be partners in this modern slavery equation, particularly with business and government. Greater consumer interest, involvement and action over modern slavery is bound to raise more, not fewer, questions about the role and responsibilities of other groups involved, leading to greater transparency.

The consumer perspective should be viewed as a useful ally to business and government strategies in the campaign to eradicate modern slavery. In our roles as consumer-citizens we can use our voices and actions to support and encourage positive change. And we must also focus our energies on holding those with greater power and involvement to account.