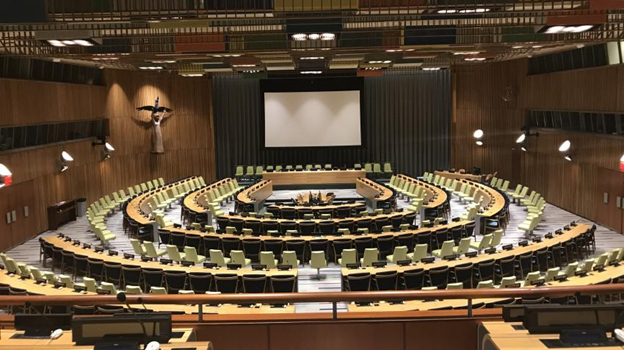 UNITED NATIONS, Jul 26 2021 (IPS) - As a wisecracking cynic once remarked: “The sun would never set on the British empire because God wouldn’t trust an Englishman in the dark“. Perhaps it was an uncharitable remark because most of the British colonies have long gone.

But when i quoted this witticism to a British journalist, he countered: “I am sure it was told by a Scotsman.“

Since Scotland is not a colony, its demand for independence is not a matter of decolonization, which is virtually dead on the UN’s political agenda.

The United Nations, at its very inception 76 years ago, created a Trusteeship Council, one of its main organs, with a mandate to supervise the administration of trust territories as they transitioned from colonies to sovereign nations.

But as colonialism and trusteeships gradually came to an inglorious end, the Council suspended its activities in 1994, when Palau, the last of the original 11 trust territories, gained its independence.

With the start of the fourth International Decade for the Eradication of Colonialism in June 2021, however, the UN’s Special Committee on Decolonization approved draft resolutions reaffirming once again the right of territories to self determination.

However, it may be a long way off before the administrative powers overseeing these territories would concede independence—if they ever do.

But is there still a need for a Trusteeship Council, which has remained inactive for nearly 27 years?

Interestingly, there is an attempt to revive a longstanding proposal to re-purpose the Trusteeship Council to address issues relating to the environment, climate change and population.

The recent changing weather patterns worldwide– including the devastation caused by forest fires in 13 states in the US and Siberia, heavy rains and severe flooding in central China and Germany, severe droughts in Iran and Madagascar and a drought that has ravaged southern Angola– have once again put the spotlight of climate change which has taken added significance at the United Nations.

Originally designed by Danish architect Finn Juhl in 1952, the Trusteeship Council was revamped in a close collaboration between the UN and the Government of Denmark, with new furniture by Danish designers Kasper Salto and Thomas Sigsgaard. Credit: UN Photo/Andrea Brizzi

Adam Day, Director of Programmes at United Nations University Centre for Policy Research, told IPS there have been proposals for a range of initiatives to address issues related to future existential risks like climate change, and to represent the needs of future generations more directly in the multilateral system.

One such proposal, he said, was to repurpose the Trusteeship Council, which has been inactive for some time, to address issues of the environment and/or future generations.

“This would be a significant move and could require action by the General Assembly, so it remains to be seen whether that will materialize.”

Another idea, he said, is to create an envoy or commissioner tasked with representing future generations. Like the Envoy on Youth, or thematic envoys across the UN, this would be the kind of role that could be created by the Secretary-General without action by the General Assembly.

“I think this is more likely to be taken up. The bigger issue, however, is how this might affect how the broader system works,” said Day.

Will Member States be willing to rethink big concepts underlying economic growth models, potentially moving away from GDP as the sole indicator of success, and offering global wellbeing and sustainability as an equally important indicator?

Will wealthy countries be willing to take seriously the fact that future generations will overwhelmingly be born in lower income countries, which will require major shifts of resources if we are to take their needs seriously?

“Those are the challenges facing the multilateral system, and I’m hopeful that the Secretary-General’s Common Agenda will help to advance this discussion,” declared Day.

But the lingering question remains: is the Trusteeship Council, and its empty chamber, ready to be converted into a special UN political body on climate change, population and the global environment— despite the existence of the UN Economic and Social Council (ECOSOC), the UN Environment Programme (UNEP) and the UN Population Fund (UNFPA)?

Joseph Chamie, a consulting international demographerand a former director of the United Nations Population Division, told IPS as climate change and the environment are matters of great and urgent concern worldwide, redesigning the UN Trusteeship Council to address those two vital issues is certainly a worthwhile, timely and a necessary undertaking.

Given their intimate relationship, he argued, discussions of climate change/environment should not avoid world population.

He said thousands of scientists worldwide have included among their urgently needed actions the stabilization of world population. While reducing high rates of population growth alone would not resolve climate change and environmental degradation, it clearly plays a critical role in mitigating the many negative consequences.

The proposed new UN body on climate change, environment and population should deal with political dimensions given that existing UN agencies are focused on social and economic aspects, he noted.

Without global political decisions on those critical issues, achieving meaningful and effective progress will be unlikely, he cautioned.

Meanwhile, the World Meteorological Organization (WMO) said last week that water-related hazards dominated the list of disasters in terms of both the human and economic toll over the past 50 years, triggered by climate change.

WMO Secretary-General Petteri Taalas said that “no country – developed or developing – is immune. Climate change is here and now. It is imperative to invest more in climate change adaptation, and one way of doing this is to strengthen multi-hazard early warning systems.