The writer is UNFPA Regional Director for East and Southern Africa. 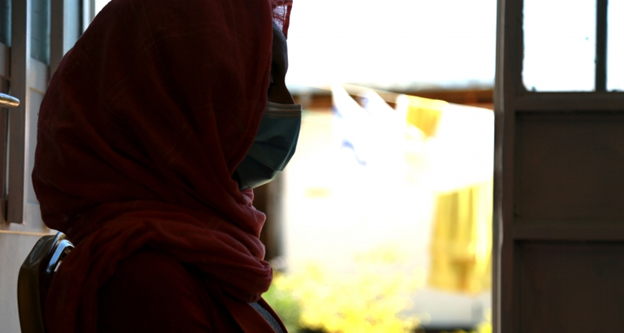 In retelling their stories, women in Tigray describe their attackers as “armed men”. Credit: UNFPA

UNITED NATIONS, Jul 26 2021 (IPS) - The 2018 Nobel Laureate, Dr. Denis Mukwege, a gynaecologist celebrated for his work with survivors of sexual assault in the Democratic Republic of the Congo’s Panzi Hospital once said: “Rape is a strategy of war – it is meant to destroy women and communities physically and mentally”.

Sadly, this destruction has become a daily reality for women and girls in the Tigray region in Ethiopia.
In recent weeks, women have come forward with the most devastating stories of sexual violation and physical abuse. Selam, 22, who found shelter in a safe house, is one of the survivors.

She recalls “running from place to place without food or shelter” and “constantly living in fear” after being displaced from her home and repeatedly facing harrowing incidents of sexual violence.

Persistent fighting, forced displacement, and dire living conditions over the past eight months in Tigray and the neighbouring regions of Afar and Amhara in northern Ethiopia, have created one of Africa’s most pressing humanitarian crises.

More than 5.2 million people in Tigray alone require humanitarian assistance; among them are 118,000 pregnant women and 1.3 million women of reproductive age. Amid the crisis, gross violations and abuses against civilians, including sexual violence, continue to be reported.

The health and well-being of women and adolescent girls are further threatened by food insecurity that is expected to worsen. The destruction and looting of health facilities – around a third are partially functioning, and a mere one per cent are offering clinical management of rape services – further complicates the situation amidst the threat of COVID-19.

Selam’s experience is just one of the stories captured by health officials and UN agencies, but these testimonies likely represent only a fraction of the real prevalence.
Even under normal circumstances, given the high levels of stigma, among other factors, gender-based violence is largely unreported in Ethiopia. Only 24 per cent of survivors ever seek assistance, according to the 2016 Ethiopia Demographic Health Survey.

Rape and other forms of sexual abuse have a devastating impact on women’s physical and mental well-being, rights and choices, and affect their ability to care for their children, support their families and contribute to their societies.

A social worker at the UNFPA-supported safe house where Selam now resides described the women as arriving “traumatized and depressed due to prolonged suffering, distress and horrendous violence”.

Even when women have not experienced sexual violence, the fear of rape or insecurity prevents them from accessing food distributing centres, critical health-care services for themselves or their children, and adolescent girls may stay away from school.

In the long-run, hiding from potential attacks contributes to malnutrition, poor health outcomes, and a lack of educational attainment among women and girls.

UN Member States have recognized the disproportionate and unique impact of armed conflict on women and girls. The UN Security Council-adopted Resolution 1325 on women, peace, and security, calls on all parties in hostilities to take special measures to “protect women and girls from gender-based violence, particularly rape and other forms of sexual abuse, in situations of armed conflict”.

The African Union also committed to “Silencing the Guns” by “ending all wars, civil conflicts, gender-based violence, violent conflicts and preventing genocide on the continent by 2020”.

Women’s bodies must not be the object of war or the collateral in conflict. Rather women must be the central subject and partner in peacebuilding.

In retelling their stories, women in Tigray describe their attackers as “armed men”. These serious violations of international humanitarian law and human rights law must be swiftly investigated and the perpetrators brought to justice.

We urge the government of Ethiopia and the international community to step up efforts to end hostilities and all forms of violence in the country, including gender-based violence, to ensure the health and safety of women and girls.

As part of the Inter-Agency Standing Committee (IASC) system-wide scale up for the Tigray region activated in April 2021, UNFPA is expanding and accelerating support in its areas of responsibility — protection, prevention and response to sexual and gender-based violence (GBV) and delivering quality sexual and Reproductive health and rights (SRHR).

Women-friendly spaces, safe houses and one-stop centres in the conflict-affected regions have been set up to provide clinical management of rape and psychosocial counselling. These spaces connect women to a wide range of sexual and reproductive health services and legal services.

What transforms a rape victim into a rape survivor is justice. UNFPA is working with partners to ensure effective referral and prosecution systems are available.

We are working with the Ministry of Women, Children and Youth of Ethiopia to enable the capacity-building of armed personnel and the constitution of a Gender-Based Violence Task Force, in collaboration with the Ethiopian Police University and the Federal Police Commission.

Providing adequate levels of these kinds of life-saving services requires urgent funding. We are calling on all that can help, including government and development partners, to assist us in addressing the immediate needs of women and girls and help us avert the medium to long-term repercussions of sexual violence. The immediate funding requirements for the next six months is $15 million.

The women and girls of Tigray have told us their stories, and we continue to hear them out. Our actions to deal with their trauma and rebuild their lives must be our urgent response.

For women to participate equally in society, they need to make decisions about their bodies freely and without fear. Rape and other forms of gender-based violence destroy the ability of women and girls to make choices and fulfil their sexual and reproductive health and rights.

Even in times of conflict, we must continue to defend and protect the rights of women and girls and devote the necessary attention and resources to prevent sexual violence and decisively ensure justice.