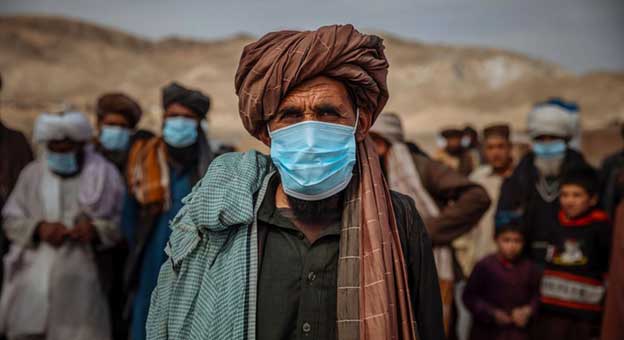 Afghans are a proud people with a rich cultural heritage. They have known generations of war and hardship. They deserve our full support. The following days will be pivotal. The world is watching. We cannot and must not abandon the people of Afghanistan-- UN Secretary-General António Guterres in remarks to the Security Council on Afghanistan, 16 August '21. Credit: IOM/Mohammed Muse

ROME, Aug 30 2021 (IPS) - As the Western occupation of Afghanistan has come to an end, TV news is broadcasting harrowing scenes of death and destruction, citizens in fear, allies abandoned, and dreams dashed.

While the cynicism of key leaders has been exposed – exemplified by Afghan President Ghani sneaking out, reportedly with bags of cash – the end of the war is also a moment of reckoning for war’s idealists, those who believed in invasion and occupation as a route to development.

Those who believed that the war would bring a new dawn have made clear that they want to hold to account those who presided over its failure, and they want to ensure that such failure not be repeated again. They also want to know what it is that they can do to advance development and human rights.

But the most important lesson from the occupation of Afghanistan is not principally that it was finished, or conducted, in the wrong way. The tough truth that war’s idealists need to face is this: those responsible for failure of the war are not those who ended it but those who initiated and maintained it, and the way to ensure that the next occupation of a country does not similarly fail is not to start it.

At the conclusion of twenty years of occupation and at a cost of one to two trillion dollars, Afghanistan has been left the poorest country per capita in Asia; the number of Afghans in poverty has doubled; half of the population is dependent on humanitarian assistance; half lack access to drinkable water; poppy cultivation has trebled and opium production is at its height.

Beyond the capital, Kabul, the reach of the formal structures of the created state was weak. The state that the Soviets built lasted three years; the state that the West constructed was so lacking in legitimacy and institutional depth that it collapsed within days.

Theories of “just war” have long recognised that to determine whether a war is just, one must necessarily consider not only what high intentions are declared, but also the likelihood of success.

The facts here are inconvenient: in Libya, it brought about the return of slave markets; in Syria, Iraq, and Afghanistan, it facilitated the rise of ISIS; it did not dislodge Assad from Syria, and in Afghanistan a twenty-year occupation ended up replacing the Taliban with the Taliban.

There is a desperate attempt to rewrite history and pretend that one man, Joe Biden, snatched defeat from the jaws of victory. Whatever tactical mistakes and miscalculations the US has made in the last phase of this war, the fact is that it was lost long ago.

He just told the truth. Two successive US administrations of different parties admitted frankly that the US had lost. And at the point when the US drew down, the entire “Western” operation followed.

The US spends about 780 billion dollars a year on its military; the UK, Germany, France, Japan, South Korea, Australia, Canada and Italy together spend about 340 billion dollars per year. If the US cannot do this, no one can.

The West could have ended the Occupation much more honourably – for example by providing safe passage for all those who had become exposed by working with them – and can still make a difference by fully funding the massively underfunded international humanitarian aid operation. But the fact is the war could not be won.

Confronted by these realities, war’s idealists ask back, “well, are we just supposed to sit back and do nothing?” No. While occupation is not the tool, there is indeed a fundamental moral obligation, and an enlightened self-interest, to work to tackle poverty and advance human rights worldwide.

The most effective tools to advance those include supporting grassroots civil society organisations, integrating human rights and development into diplomacy, the provision of aid, addressing international bottle-necks to progress (from trade rules to debt and more), and working across nations to advance global public goods (like enabling the mass production of vaccines and other medicines, and limiting climate change).

Are those easy and fast? No, they are hard, but they work. To take one example, it used to be only a minority of kids in developing countries who finished primary school. As a result of grassroots advocacy, national leadership, joined up international engagement, debt cancellation, the deployment of domestic resources and assistance from aid, most children in developing countries now complete primary school.

But most do not yet complete secondary school. Ensuring that almost all children across the world finish secondary school is eminently achievable, in less than a decade, for much less than the cost of the war in Afghanistan.

To advance the full realisation of human rights worldwide, supporting civil society organisations (CSOs) and strengthening international institutions may seem like “weak” approaches compared to just replacing governments one doesn’t like with new governments in one’s own image, but the former approach has proven successful – slowly, and imperfectly – in improving the “soil” in which rights flourish, while the latter approach has been shown to enable nothing to be able to grow on its own.

Occupation forces of foreign soldiers with unaccountable power have not proven an effective starting point for building up good governance and human rights. In contrast, we have witnessed strong civic organising, and international solidarity, secure a return to Constitutional rule in Zambia; we have seen the decriminalisation of LGBT relationships in Angola.

We have also seen Sudan accept the authority of the International Criminal Court (something the US has not yet done); in Lebanon and Jordan, law reform has removed the ability of a rapist to avoid punishment by marrying his victim; in Sri Lanka, civil society organisations have secured court holds on the imposition of the death penalty; in the Maldives, women have joined the Supreme Court for the first time.

In Afghanistan, in contrast, the operating environment of occupation led many human rights organisations to be seen to be associated with it, unfairly, undercutting their ability to enable sustained progressive change – and placing many leaders at great risk – now the end has come.

And the end will always come.

Every empire tells itself and the world that it is unlike all other empires. But we must judge outcomes, not mission statements. In addressing the myriad injustices of the world, invading countries to remake them is a solution that is clear, simple and wrong.

There are people who hope to invade Iran, or Venezuela, or pick-a-country-with-a-problem, but next time, they insist, they’ll do it “better”. They must stop. They must be stopped.

Of course, what drives war is not only – or even principally – idealism. What US President Eisenhower (a Republican, and a great General) called the “Military-Industrial Complex” has only grown.

And the contractors, of course, keep winning, even as the occupations so demonstrably fail. But the maintenance of war depends on the idealists. War’s idealists must now accept defeat, and embrace better ways to change the world.

It’s no surprise that advocates for war as a strategy for development get so misty-eyed; a clear-eyed reading of the facts shows that occupation is not the answer.