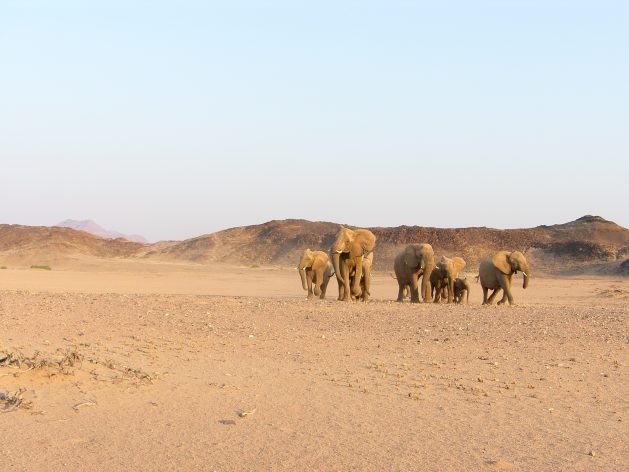 BRATISLAVA, Aug 17 2021 (IPS) - A heavily criticised Namibian government sale of elephants has attracted only a third of its expected sales as government officials admit that an international outcry when the plans were announced may have put buyers off.

The plan, announced last year, to sell 170 elephants to local and overseas buyers via auction met with widespread condemnation from conservationists and more than 100,000 people signed an online petition against it.

The Namibian government had said the sales would strike a balance between the conservation of elephants and management of the risks of human-elephant conflict – a claim conservationists have questioned.

But despite the relative lack of success – only 57 were bought – the government has not ruled out another auction in future and conservationists are worried about the fate of the elephants sold, but also the future of the endangered species in Namibia and the rest of Africa.

Mark Hiley of National Park Rescue, a non-governmental organisation that saves African Parks from closure, told IPS: “With only a third of Namibia’s wild elephant sale finding buyers, it’s clear that the international outcry and worldwide media has scared off some of the usual suspects, limiting the damage to Namibians’ fast-disappearing natural heritage.

“Under the guise of benefitting communities, African politicians are exaggerating their remaining stocks and taking the cash from immoral foreign powers for selling off their natural heritage. But until the millions of angry tweets turn into meaningful compensation for protecting these shared world assets, their destruction is inevitable.”

It had touted the auction as a way to reduce overpopulation and problems caused by it.

In an official statement passed to IPS, the Environment Ministry said the purpose of the auction had been to “reduce elephant numbers in specific areas to minimize human-elephant conflict which has become persistent” and had led to loss of life and disruption to people’s livelihoods.

It added that the money from the exports – the auction raised 5.9 million Namibian dollars (around USD 537 000) – would be reinvested in wildlife conservation in the country, “particularly… for human wildlife conflict management…”

However, some conservation groups have suggested the actual population size is much smaller than the government claims, at around 6 000. They say as much as 80% of the government’s quoted figure is ‘trans-boundary’ elephants moving between Namibia, Angola, Zambia, and Botswana.

This has raised doubts over the stated purpose of the sales.

“Having only a third of the elephants sold is better than all of them being sold, but there’s still no justification for selling them at all,” Dr Keith Lindsay, a conservation biologist and project manager with the Environment & Development Group (EDG) in Oxford, told IPS.

“If there are problems with human-elephant conflict, auctioning off elephants are not the only solution. Elephants can be captured and moved somewhere else in their range, for example, and there are very good examples of human-elephant cohabitation in other countries,” he said.

Rachel Mackenna of the UK-based Environmental Investigation Agency (EIA) told IPS: “There is absolutely no evidence to support the notion that exporting a number of elephants will help with human-elephant conflict.

Lack of transparency was cited as a serious concern by conservationists when the auction was first announced, coming soon after a scandal over bribes paid for Namibian fishing rights that led to the arrest of the Ministers of Justice and Fisheries. Both are in jail awaiting trial.

And there remains a worrying paucity of details about the sale even now, said Lindsay, pointing out that the government has not revealed who has bought the animals, nor where exactly they will be taken from.

Officials have said that the elephants which have been sold will be captured and removed from their current habitats. It has said that 42 of the pachyderms will be exported to international destinations – but has not said where – and that the other 15 will remain in Namibia under private ownership, but not given further details.

Before the auction, the government had identified four areas in the country from where any sold elephants would be taken. But it has not said which of these areas the 57 sold animals will come from.

“Where are these animals going to?” said Lindsay. “We don’t know. There is no detail. There has been no transparency at all in this. Also, where will these elephants be taken from? If you take them from certain areas the impact on the elephant population could be devastating.

“And if these animals end up in a captive situation that will be a life of misery for them. Of course, this is all speculation, we’re just guessing because we don’t know any of the details.”

Meanwhile, the government has suggested it will push on with another auction of the remaining elephants.

Environment Ministry spokesperson Romeo Muyunda told international media that in future the government “may run another auction if the situation dictates”.

Regardless of whether one is held or not, groups working on elephant conservation say they are resigned to an increasingly bleak future for the animals in Namibia and other countries too.

“The Namibian government, along with the governments of Botswana and Zimbabwe, want to commodify elephants. They appear to see the animals’ commercialisation as a means of conservation,” said Lindsay.

He added: “If Namibia exports live elephants, it could embolden other countries to do the same.”

Mackenna, agreed adding: “For years, the other Southern African countries with CITES Appendix II-listed elephants (Botswana, South Africa, Zimbabwe) have been attempting to revive the international ivory trade, which has been prohibited since 1989, claiming they have too many elephants and ivory trade is a means to keep populations in check and generate revenue for conservation.

“CITES parties have roundly and repeatedly rejected these bids, showing how there is very little international appetite for ivory trade. Indeed, the vast majority of countries recognise the links between poaching, trafficking, and trade but Namibia, South Africa, Botswana, and Zimbabwe have become increasingly vocal in their intentions to circumvent CITES and their international commitments to elephant conservation so if they do not get permission to trade their ivory stockpiles, they may well start exploring live elephant trade.”

Others say the international community must do more to help secure pachyderms’ future, even offering financial incentives to African nations to preserve them.

Hiley said: “Compared to their population 100 years ago, just 5% of elephants survive today and they were finally declared officially endangered in March 2021. Their contribution to ecosystems, tourism, carbon capture, and more, likely values each elephant at seven-figures. But instead of harnessing this value and acting as the custodians of wildlife for future generations, governments are focussed on the short-term, flogging them off to the horrific zoo industry for peanuts.”

“The plight of Africa’s last elephants is no different to that of Brazil’s last rainforests; poor nations will always exploit the shared world assets which fall within their borders, until the world provides compensation for protecting them. Where are the short-term donors to help us halt these crimes against nature, until a global environment fund can finally safeguard our planet?”