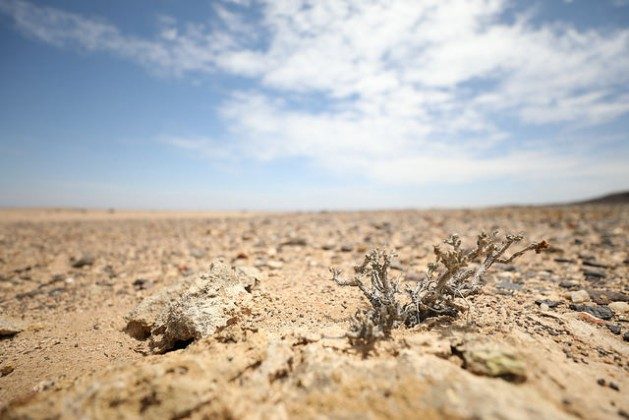 Increased weather and climate variability is disrupting lives and economies in the continent;. Credit: Campbell Easton/IPS

MADRID, Oct 20 2021 (IPS) - While Africa reportedly causes just 4 percent of global emissions of Carbon Dioxide (CO2) —an acidic colourless gas with a density about 53% higher than that of dry air, causing climate change—, this vast continent, home to over 1.3 billion inhabitants in 52 countries, bears the heaviest brunt of 80 percent of the climate crisis destructive impacts.

See some of the most outstanding climate crisis negative consequences for Africa, as cited by a major multi-organisation report: The State of the Climate in Africa 2020, elaborated by World Meteorological Organisation (WMO), the African Union Commission, the Economic Commission for Africa (ECA) through the Africa Climate Policy Centre (ACPC), UN agencies, and international and regional scientific organisations and released on 19 October 2021:

. Climate indicators in Africa during 2020 were characterised by continued warming temperatures, accelerating sea-level rise, extreme weather, and climate events – such as floods, landslides and droughts;

. Increased weather and climate variability is disrupting lives and economies in the continent;

. By 2030, an estimated 118 million extremely poor people on the continent will be exposed to drought, floods and extreme heat, which will hinder progress towards poverty alleviation and growth;

. In sub-Saharan Africa, climate change could further lower gross domestic product (GDP) by up to 3 percent, by 2050. This presents a serious challenge for climate adaptation and resilience actions because not only are physical conditions getting worse, but also the number of people being affected is increasing;

. Another under-reported consequence is the rapid shrinking of the last remaining glaciers in Eastern Africa, which are expected to melt entirely in the near future, signals the threat of imminent and irreversible change to the Earth system.

In fact, only three mountains in Africa are covered by glaciers: the Mount Kenya massif, the Rwenzori Mountains in Uganda, and Mount Kilimanjaro in Tanzania. “Currently, their retreat rates are higher than the global average, and “total deglaciation” could be possible by the 2040s, WMO warns.

Mount Kenya is expected to be deglaciated a decade sooner, it adds, which will make it one of the first entire mountain ranges to lose glacier cover due to human-induced climate change.

The report underlines a double-edge estimate: the investment in climate adaptation for sub-Saharan Africa would cost between 30 to 50 billion dollars… each year… over the next decade, or roughly two to three per cent of Gross Domestic Product (GDP).

By the way, and talking this figure: did you know that the world largest military powers have spent in 2020 around 2,000 billion dollars on killing machines and weapons of mass destruction?

. Africa has warmed faster than the global average temperature over land and ocean combined. 2020 ranked between the third and eighth warmest year on record for Africa, depending on the dataset used.

. Glaciers: Their current retreat rates are higher than the global average. If this continues, it will lead to total deglaciation by the 2040s. Mount Kenya is expected to be deglaciated a decade sooner, which will make it one of the first entire mountain ranges to lose glaciers due to human-induced climate change.

. Precipitation: Higher-than-normal precipitation – accompanied by flooding – predominated in the Sahel, the Rift Valley, the central Nile catchment and north-eastern Africa, the Kalahari basin and the lower course of the Congo River.

. High impact weather events: There was extensive flooding across many parts of East Africa. Countries reporting loss of life or significant displacement of populations included the Sudan, South Sudan, Ethiopia, Somalia, Kenya, Uganda, Chad, Nigeria (which also experienced drought in the southern part), Niger, Benin, Togo, Senegal, Côte d’Ivoire, Cameroon and Burkina Faso. Many lakes and rivers reached record high levels, including Lake Victoria (in May) and the Niger River at Niamey and the Blue Nile at Khartoum (in September).

. Food insecurity: The compounded effects of protracted conflicts, political instability, climate variability, pest outbreaks and economic crises, exacerbated by the impacts of the coronavirus disease (COVID-19) pandemic, were the key drivers of a significant increase in food insecurity. A  desert locust invasion of historic proportions, which began in 2019, continued to have a major impact in East and the Horn of Africa in 2020.

. Food insecurity increases by 5–20 percentage points with each flood or drought in sub-Saharan Africa. Associated deterioration in health and in children’s school attendance can worsen longer-term income and gender inequalities. In 2020, there was an almost 40 percent increase in population affected by food insecurity compared with the previous year.