NEW YORK / KAMPALA, Nov 24 2021 (IPS) - There is a resurgence of anti-trans sentiment right now. It’s not only Dave Chapelle’s toxic rants in his most recent Netflix special: we see it across social, political and cultural arenas including in JK Rowling’s ongoing embrace of trans exclusionary radical feminists (TERFs); the introduction of bills designed to harm trans kids in the US; Uganda’s Sexual Offenses bill, which violates international human rights; and “gender-critical” academics like Kathleen Stock profiting from their inflammatory rhetoric.

These recent examples are alarming, and their impact is devastating for trans people globally. But transphobia is not new. And we won’t make true progress on gender liberation until we address it head-on, including by reclaiming the feminist movement as unabashedly pro-trans.

Cis and trans people’s liberation are linked. The same logic that drives the policing of trans people’s genders also reinforces the anti-feminist notion that a woman dressing “provocatively” is more deserving of violence; that a Black woman’s natural hair renders her less professional or deserving of respect; or that cis men shouldn’t display emotion or risk being perceived as weak.

Many transphobic arguments promote a kind of reproductive essentialism that could be ripped straight out of a page from the Handmaid’s Tale, insisting, for example, that only people who menstruate and/or have a womb are women.

Beyond reducing women down to their bodies in ways that align deeply with patriarchy, such an approach also misgenders cis women who are infertile or can’t menstruate. 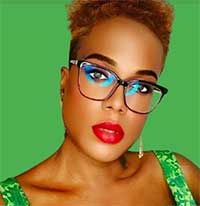 On the flip side, fighting for the self-determination and bodily autonomy of trans people can help us build a stronger feminist movement that fights and wins on issues like defunding the police/abolitionism, promoting expansive, family-friendly policies and practices, ending workplace discrimination, and gaining reproductive justice for all.

Queer and trans activism can help to defy and free us from deeply engrained patriarchal ideals about what is “normal” or “natural” for women, men, and all of society. And dismantling the gender binary can also help us question other systems that aren’t serving us and imagine a different, better world.

Feminist abolitionist Angela Davis has summed it up thus: “The trans community has taught us how to challenge that which is totally accepted as normal…if it is possible to challenge the gender binary, then we can certainly, effectively, resist prisons, and jails, and police [and on and on].”

Despite these linkages, feminism is too commonly being invoked not as a platform for mobilizing in support of trans rights but as a cover for bigotry. The feminist movement is increasingly co-opted by organized and well-resourced opposition to trans rights, including (majority white women) TERFs who generate swells of attention and sympathy for exploring “debates” like whether trans women are forcing themselves upon lesbians (they’re not) or transitioning too late to deserve our support (also, no).

Even beyond TERFs, plenty of feminists participate in microaggressions; erasures of the trans experience; invasive inquiries about trans people’s bodies; and more. Such ideas and behaviors are entertained in otherwise progressive spaces because they are ostensibly coming from self-identified feminists or voices that have traditionally supported the rights of the marginalized like Chapelle’s own. This has to stop.

If trans lives and identities have long been and continue to be a politically potent rallying cry for people who seem not to care very much for trans people, we need a counter narrative urgently from folks who feel differently. 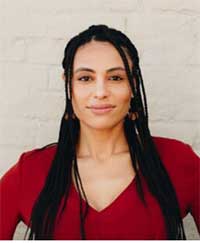 Following the release of The Closer and Netflix’s refusal to remove it as well as their firing of B Pagels Minor, a Black trans employee, for their organizing around the issue, there have been a deluge of articles talking about trans people.

It’s rare to hear from trans people themselves who are fighting not only for survival, tolerance, and visibility — but for the space to thrive. But it’s also too rare to hear from non-trans feminists reclaiming the movement and centering our trans sisters in the work.

Feminists must forcefully counter transphobia and especially the pernicious narrative that we are pitted against each other in the quest for liberation. Affirming trans women as women and trans men as men is a good start, but feminists and all progressives must get beyond tolerance to extend radical support and solidarity to our trans siblings including with funding and across borders.

Nobel Prize winner Elie Wiesel once said “The opposite of love is not hate, it’s indifference.” Trolls, TERFS and bigots monopolize so much attention when it comes to trans people and their rights in part because there is no similarly organized and funded corollary within feminism advocating for an alternative view.

This silence is deafening, and directly enables and empowers TERFs and their agenda.

Feminism has its roots in gender liberation, not policing. If we cut our chains, we are free, but when we cut our roots, we die. Just as they would fight misogyny, feminists also need to fight back against transphobia in culture and media (which has real world consequences), in the law, in academia, and in politics.

In the words of the great Angela Davis, feminism should be capacious. A feminist who uses hateful logic to deny trans people rights and resources isn’t a feminist at all. But until we speak up, we will be spoken for.

Cleo Kambugu is a Trans activist, Director of Programmes at UHAI EASHRI and the protagonist of The Pearl of Africa. She is based in Uganda.

Lori Adelman is a Vice President at Global Fund for Women and co-hosts the feminist podcast Cringewatchers. She is based in New York.