Truth as War Causality? The Case of Ethiopia

STOCKHOLM, Jan 5 2022 (IPS) - A brutal drama is unfolding in Ethiopia and it is difficult to find straightforward accounts of what is happening there. However, this does not prevent people from taking a unilateral stand for either of the factions involved in the disaster. 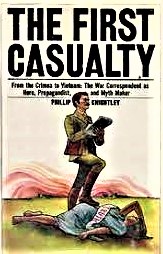 Since November 2020, a ruthless civil war has caused immense misery, especially in the northern parts of the country. Tens of thousands have been killed, about 2 million persons are left homeless, while famine affects 9 million. It has been extremely difficult for journalists to enter the affected areas and the outside world has to rely on information from the warring parties. As is the case of any armed conflict – propaganda, dubious reporting and outright lies are prevalent.

During World War I, the US Senator Hiram Johnson stated that “The first casualty when war comes, is truth” and any armed conflict seems to prove this fact with recent examples from the Gulf War, the conflict between NATO and Serbia over Kosovo, as well as the post-9/11 wars in Afghanistan, Syria, Yemen and Iraq. Government manipulation is supported by media complicity, as evidenced by the embedding of reporters in military units and an uncritical, openly patriotic coverage of conflicts.

In his history of war journalism, The First Casualty, the Australian author Phillip Knightley stated that ”the age of the war correspondent as hero, appears to be over.” Even if global networks are becoming ever more efficient, making their presence felt all over the world, it is nevertheless extremely difficult to discern what is true or false. Too many vested interests are at stake, though no one can deny that every war is a disaster.

While ingesting scanty news from Ethiopia I am reminded of an interview I in 1997 did with Guatemala’s Archbishop Juan José Gerardi Condera. He was an open-minded and jocular man in charge of a project called Recovering Historic Memory, REHMI, which documented violence against civilians during Guatemala’s 36 years of civil war, in particular the ruthless killing of members of the country’s indigenous population.

One year after our meeting, Bishop Gerardi presented a report entitled Nunca Más, Never Again, which was notably damning to the Guatemalan military. Two days after the release of the report, Gerardi was found bludgeoned to death in the garage of his villa. His skull and face were crushed and it was only through his episcopal ring that he could be identified.

During our talk Bishop Gerardi had told me:

I do not know if we were right or wrong when we began preaching a gospel highlighting human rights. We intended to preach not only through words, but through deeds as well. With the support of the local, rural population we organized development committees which constructed schools, clinics and community centres. I assure you that as soon as you try to improve the physical and psychological well-being of your neighbour, especially our most poor, vulnerable and humble sisters and brothers, you become defenselessly entangled in the nets of politics and are thus destined to make powerful enemies. We started a wildfire. Soon our catechists were being murdered. No respect and mercy whatsoever were shown to the clergy. They called us Communists and several of us were executed. The severed head of one of my priests was found on the steps to his church. If someone takes up arms … violence and injustice cannot be avoided. It does not matter whether murderous measures are considered to be fair or not. The result is always the same – death and misery for all involved, and especially for the wretched ones who happen to be innocent.

On 2 April 2018, Abiy Ahmed was by the Ethiopian parliament sworn in as Prime Minster of Ethiopia. His accession was greeted with cheers and a sense of relief. After three years of massive protests, the ruling political constellation EPRDF, the Ethiopian People’s Revolutionary Democratic Front, had begun to crack. The head of government resigned and the old guard sought a replacement whom they assumed they could be able control. However, Abiy Ahmed surprised everyone when he signaled resolute action and initiated sweeping reforms. During his first months in power, Abiy’s popularity was tremendous, especially in the capital Addis Ababa. His inspirational speeches were applauded, while his picture could be seen almost everywhere; in shop windows, on restaurant walls, and taped to cars and lorries. Large crowds marched along the main streets, chanting his name, declaring that Ethiopia now had been redeemed after decades of oppression.

Abiy Ahmed appointed a new government with 50 percent women ministers. Thousands of political prisoners were released. The country’s anti-terrorism law, widely perceived as a tool of political repression, was amended. Opposition groups, including those who had fled the country, were welcomed to discuss Ethiopia’s future. A female president was appointed, while democratic elections and a new constitution were promised. The border between Ethiopia and Eritrea was opened and air services between the capitals were resumed.

However, by the beginning of 2020, the cheers had subsided. Pictures of the Prime Minister had been torn down and replaced by others that depicted ancient rulers; like the mythical hero emperor Tewodros, the last emperor Haile Selassie and, strangely enough, the blood-stained dictator Mengistu. What had happened?

During his acceptance speech, Abiy had promised political reforms and an active promotion of unity among the peoples of Ethiopia. He soon reached out to the Eritrean government to resolve the ongoing Eritrean–Ethiopian border conflict, a protracted strife that frequently had exploded in fierce warfare. A free press became permitted, while State monopolies in the telecommunications, aviation, electricity, and logistics sectors were being dismantled and industries were opened up to private sector competition.

Abiy’s attempts at comprehensive reforms was a risky balancing act. Ethiopia is not really a nation-state, it is more of a conglomerate of ethnic entities. Among the country’s 115 million inhabitants, 80 million consider themselves to belong to different ethnic groups. Members of the Amharic population group have, along with the closely related Tigrayans, since the establishment of the medieval kingdom of Abyssinia been state leaders. Ethiopia’s largest ethnic group – the Oromos – was incorporated into Abyssinia in the 16th century. Abiy Ahmed bridged ethnicities and religions. His father is Oromo and Muslim, his mother Amhara and Orthodox Christian, while he himself is member of The Ethiopian Full Gospel Believers’ Church, a Pentecostal Movement. He has a Master in Business Administration and a PhD in Peace and Security Studies.

Abiy was initially focused on dialogue between different ethnicities and political fractions, but in step with his reform attempts difficulties arose almost everywhere. Worst has been the situation in the Tigray region, situated along the border with Eritrea. Leaders from that area had for almost 30 years through a superior military power, authoritarian rule, censorship and a tight political system, which nevertheless allowed for a certain ethnical/linguistical autonomy, succeeded in stimulating economic growth and an expanding infrastructure. However after the death of Prime Minister Meles Zenaw in 2012, corruption increased and opposition grew stronger.

Abiy’s economic reforms, the release of political prisoners and limitations to censorship worried many of his Tigranian colleagues and some of them were directly affected by a crackdown on corruption. Realizing that Abiy could not be controlled, some Tigranian politicians began moving north to their home region, instead of awaiting trial in Addis Ababa. The Tigrayan suspicion of Abiy increased and the region’s leading party Tigray People’s Liberation Front (TPLF) refused to join Abiy’s Prosperity Coalition, accusing him of discriminating against Tigrayans and claiming that the agreement with Eritrea was a ”largely unimplemented” scam. When elections scheduled for August 2020 were postponed with reference to a menacing COVID situation, TPLF organized a regional election in Tigray, where they won a landslide victory.

On the night of November 4, 2020, TPLF forces broke into several military bases in Tigray urging soldiers and officers to join TPLF. Those who refused were overpowered, or killed. Weapon stockpiles were looted, among them long-range missiles. The federal government declared that TPLF had committed high treason and ordered the army to go on the offensive. Since then Ethiopia has been devoured by a cruel civil war.

Due to restrictions and censorship, evidence-based information barely seeps out, while a rich flora of rumors is dominating social media and the international press. It has become difficult to distinguish between factual information and abundant exaggerations and distortions. Nevertheless, it is evident that war crimes have been committed by both warring fractions.

The Ethiopian government has lost the information war. Communication to the international media has been scarce, with an emphasis on military success, while civilian abuses are blamed on the TPLF and Eritrean intervention is denied. This while TPLF during its years in government was able to build up a wide network of sympathizers around the world, which has been mobilized during the war, influencing foreign politicians and international media.

TLPF forces were close to reaching Addis Ababa, but in mid-December last year, the Government gained the upper hand, after deploying heavy weapons, including drones, provided by China, Russia and Turkey. On December 19, the TLPF declared itself ready to withdraw its forces to Tigray, hopes for peace negotiations are growing, together with wishes that the suffering of the Ethiopian people finally will come to an end.

I assume my summarized description of Abiy´s reform attempts and the war they resulted in is as flawed as most reporting coming out of Ethiopia, based as it is on media, my own perceptions and especially writings and reports by a friend whose knowledge and insights I esteem. Let us hope that peace is achieved and that the thorny issues that internally harass Ethiopia, as well as this nation’s relations with other countries might find a nonviolent solution.